Home Industry Fincantieri will build the ... 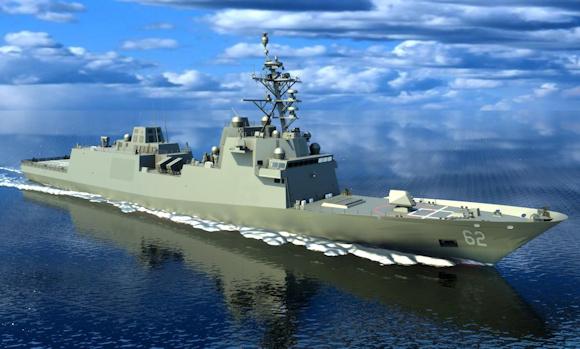 The US Department of Defense has announced that the US Navy will exercise the option, worth approximately 555 million dollars, which assigns to the American subsidiary of Fincantieri, Marinette Marine (FMM), the construction of the second missile frigate of the "Constellation" class. .

FMM is currently working on the detailed design phase of the first unit. Production will begin later this year, with unit delivery scheduled for 2026.

The "Constellation" program was awarded in 2020 to FMM, with a contract for the first frigate with the option for 9 additional ships, in addition to after-sales support and crew training, with a total value for Fincantieri of approximately 5,5, 10 billion dollars. As part of the program, the US Navy plans to build an additional 20 units, for a total of XNUMX.

In this very prestigious competition, Fincantieri managed to establish itself on its competitors thanks to a project judged to be the most advanced and innovative. The Group's proposal, in fact, is based on the FREMM frigate platform, considered the best in the world from a technological point of view, on which a program of ten units for the Italian Navy is based.

FMM represents the spearhead of Fincantieri Marine Group (FMG), which controls two other sites also in the Great Lakes region (Wisconsin) - Fincantieri Bay Shipbuilding and Fincantieri Ace Marine - and has commercial and government customers, including the US Navy and the American Coast Guard. In addition to developing the Littoral Combat Ships program, FMM is building 4 Multi-Mission Surface Combatants (MMSC) units destined for the Kingdom of Saudi Arabia as part of the United States Foreign Military Sales program.

- A data-driven approach to design and manufacturing processes. This is the new model launched by ...
467
Read