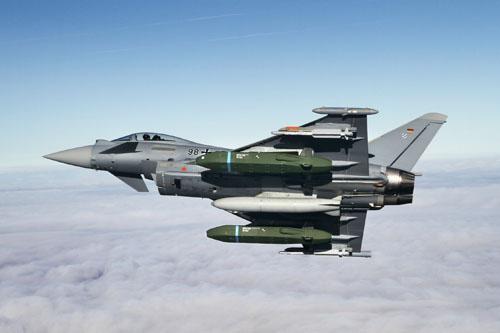 The first flight took place at the Manching Military Air Systems Center, north of Munich. After the successful completion of the ground tests at the end of last year and the taxiing tests, which were carried out until yesterday, an intense program of in-flight tests has begun with the aerolasticity tests (flutter), interference evaluation of the data system and collection of aerodynamic values. The activities take place as part of the Storm Shadow integration program. Verification of the two competing systems optimizes the integration of the Storm Shadow missile and will facilitate the adoption of the Taurus.

The Taurus KEPD 350 is a German-Swedish missile manufactured by Taurus Systems GmbH, a partnership between MBDA Germany and Saab Dynamics.

A delegation of Segredifesa, chaired by the general of the army corps Luciano Portolano, general secretary of ...
1144
Read

Airbus Defense and Space has developed and tested a cargo system that allows you to carry military cargo ...
2059
Read