Home Industry Completed the second flight test of the mis ...

Completed the second flight test of the Arrow 3 missile 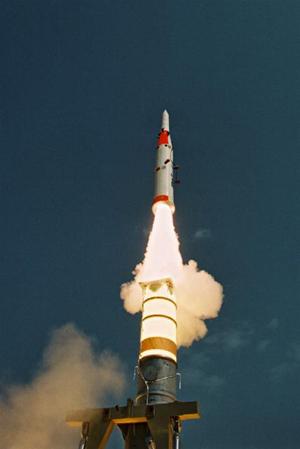 Palmachim Air Base, Israel. The next generation Arrow 3 missile, co-developed by Boeing and Israel Aerospace Industries, has successfully completed the second flight test. The Arrow 3 can be launched earlier after threat detection and engage targets at higher altitudes outside of Earth's atmosphere than previous systems.

The flight was directed by the Israeli Ministry of Defense and the US Missile Defense Agency during an audit of Israel's national missile defense system. The test started on January 3 at 07:58 (local time). The Arrow 3, launched from an Israeli test field, has finished its run on the Mediterranean Sea.