Home Industry Airbus and its partners reveal the details ... 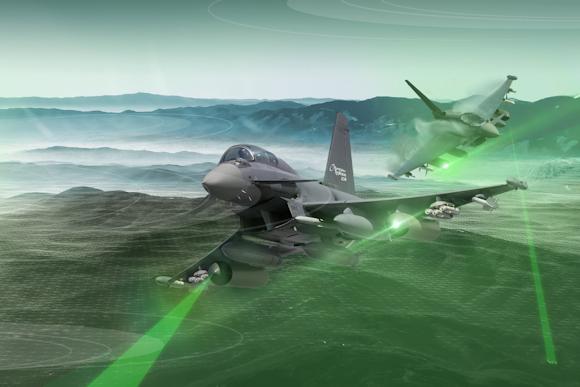 During the International Fighter Conference in Berlin, Airbus and its partners presented for the first time the concrete details of the new concept of the Eurofighter ECR (Electronic Combat Role). This will expand the multi-role capabilities of the Eurofighter and further increase the chances of survival of coalition forces in hostile environments.

The capabilities of the Eurofighter ECR will be available within the 2026, followed by further development phases and full integration into the future air combat system (FCAS) ecosystems.

The Eurofighter ECR will be able to provide the position of a passive emitter as well as the active threat block and will offer a variety of modular configurations for electronic attack (EA) and suppression / destruction of enemy anti-aircraft defenses (SEAD / DEAD ). The latest national escort jammer technology will guarantee national control over features such as mission data and data analysis. The concept also features a new two-seater cockpit configuration with a multi-function panoramic touch screen and a specific passenger compartment for the rear seat mission.

The project is coordinated by leading aerospace companies such as Airbus, Hensoldt, MBDA, MTU, Premium Aerotec and Rolls-Royce and supported by German state-owned companies BDSV and BDLI. Specifically meets the requirements of the German air force for an electronic air attack capability.

The Eurofighter constitutes the backbone of the German air defense. With over 600 contracted aircraft and a workforce of 100.000 people, it is today the largest collaborative defense program in Europe.

Leonardo has announced the entry into service at the African Navy of two King Air 350ERs in Maritime configuration ...
1392
Read

GE Catalyst ™, the GE Aviation turboprop engine designed and developed from scratch in Europe thanks to the contribution of 6 States ...
3373
Read

Airbus and Singapore have decided to collaborate on the development of the A330 SMART Multi Role Tanker Transport (MRTT) for the ...
340
Read

Leonardo - global leader in the aerospace and security sector -, through its subsidiary Leonardo ...
299
Read

Airbus Helicopters and the French Direction Générale de l'Armement (DGA) are carrying out a new series of studies ...
1149
Read

Leonardo signed a € 31,5 million contract with the European Space Agency (ESA) for the construction of ...
751
Read

Leonardo signed a contract with Lynwood (Schweiz) AG to acquire 100% of the Swiss helicopter company ...
1402
Read