West Point Strategic Concept Seminar: in February we begin to answer the many questions 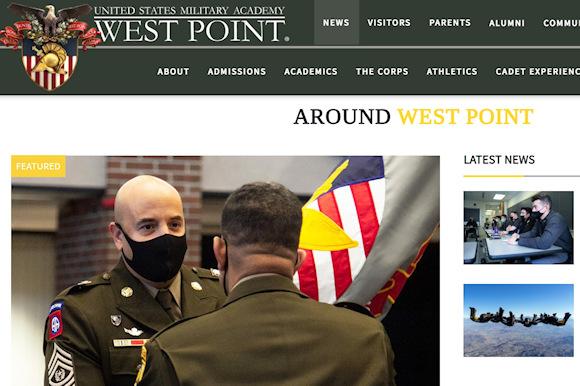 In a few days, the expected "West Point Strategic Concept Seminar" organized by the Social Sciences Research Lab, led by the director, Lieutenant Colonel Jordan Becker, will be held. The initiative, launched last September, falls under the auspices of the policy planning unit of NATO Secretary General Stoltenberg. With this appointment, the United States of America is preparing to define the new NATO Strategic Concept.

The first meeting will be held in mixed mode on 3 and 4 February 2022 and will see the participation of scholars from all over the world, called to give their contribution on the matter.

What will we talk about?

The two study days will be divided into ten panel which will touch on the main aspects related to the possible evolution of the Atlantic Alliance.

Panel 4 is of particular interest: "NATO has added two new domains of operations (cyber, space) over the last decade. What strategic choices does the integration of these new domains pose? How should NATO's strategic posture change in response to current and foreseeable technological evolutions?"

The participating scholars will try to answer some questions related to theevolution of the cyber threat and the rapid growth of the space domain but also and above all the mutual relations between the two new domains.

What the new should contain NATO Strategic Concept to address the current strategic, political and technological context?

Over the last ten years, NATO has changed, as has the socio-political and, in particular, technological context. Two new domains of operations have been added, Cyber ​​Space and Space.

What else to do to redesign a NATO closer to member countries?

It is clear to everyone that the Cyber ​​and Space domains have undergone exponential growth over the last ten years. New concepts, new actors and new threats, not only of state but also private origin, which include the great global industries of information technology and space and aeronautical technologies.

What do the two new domains have in common? What are the differences?

The first point that unites the two domains is evident to all and is linked to the absence of borders. On closer inspection, this statement is inherently at odds with NATO's purpose to protect the Allies and their borders.

It is realistic to think that NATO can respond militarily following an attack ransomware difficult if not impossible certain attribution? Do references to other domains still apply? If so, with what weapons should NATO respond? Can a cyber attack against a satellite be responded to with a terrestrial action? Individual states have done it ... but is such behavior on the part of NATO conceivable?

If we look at the spatial domain we might think that at least the attribution of an attack is simpler. But are we so sure?

On closer inspection, this is not always the case. In fact, the spatial domain is so interconnected with the cyber domain that all the problems of attribution of the latter are very often applicable by extension to the former. We think of satellite communications, identification and georeferencing, automatic identification.

Let's ask ourselves the question: what could happen if a criminal group (supported or not by a state) managed to gain control of a satellite or, worse, of a constellation?

There are dozens of similar questions, and none have a simple answer. That is why NATO's new strategic concept needs to include a clear vision of the Cyber ​​and Space domains.

A strong indication in this sense should push member states to better focus the two new military domains and to work together to ensure common security, to develop and carry out coordinated studies to improve the resilience of the Alliance as a whole as well as of individual states and, ultimately it should help develop a truly common strategic culture.

It may seem strange but in our hyper-connected world, where you go by dint of English acronyms and terms, you don't ...
291
Read

Provide personalized care and better treatments to patients with major brain disorders by reducing the ...
521
Read

This year Finland takes first place in one of the largest and most complex live cyber defense exercises in the ...
680
Read

The accelerated multi-cloud strategy - which has characterized the past two years - has enabled organizations ...
403
Read

The Metaverse is mostly described as a virtual world that was created by combining different technologies. It...
2230
Read

With the final conference on 5 April, held in the presence of the Deputy Chief of Staff of the Air Force ...
193
Read

The use of English in the tech-rich world we live in is a constant, as is the speed of ...
791
Read

We have often talked about Artificial Intelligence, but we haven't done it yet from the point of view of those who want ...
1195
Read 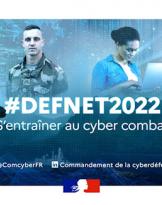 Since cyber defense is a strategic national security issue, the "DEFNET" exercise is ...
290
Read 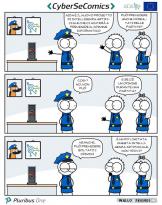 Artificial Intelligence and Law Enforcement: technology and ethics of the AIDA project