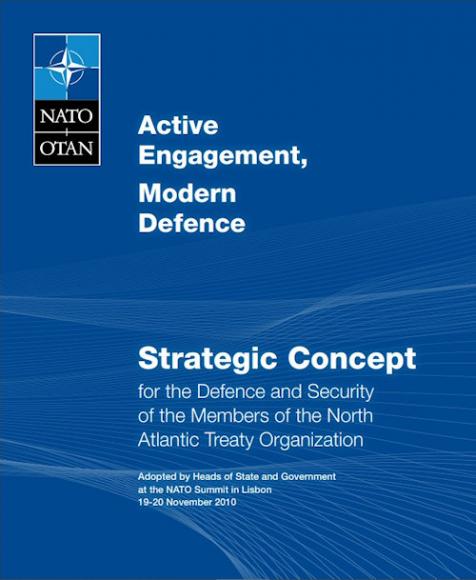 The security context defined in November 2010 in the document NATO Strategic Concept is it still valid? What are the new challenges that over the course of more than ten years present themselves to the international organization? What capabilities are needed to ensure Allied security in today's hyper-connected world?

These are just some of the questions that NATO, through its member countries, is about to answer shortly.

Recall that NATO is not just a military alliance but a strategic response to the risks of today's world.

Over the past ten years, NATO has changed. Trying to keep up with the times, two new domains of operations have been added, the Cyber ​​Space and Space. The cyber component is already present in the NATO Strategic Concept but it still needs to be reviewed in light of the new risks, including for strategic industry, that NATO members experience on a daily basis.

The threats are increasingly non-traditional, they do not always come from states but also from crime Advanced and persistent threat actors. Now the time seems to have come to reflect on the strategic implications of the choices made.

The technological challenges that the Alliance will have to face range from the two new domains to the use of new technologies, such as Artificial Intelligence, in the political, strategic and military context of today's world.

The world has also changed, highlighting the repercussions of the ever greater interconnection between domains and between states, allies and non-allies.
It is increasingly difficult to understand what the future holds and what consequences the actions of a state (not necessarily military) may have on the world chessboard. Can the purchase or sale of a cyber company, for example, be considered an act that somehow enters the strategic sphere of the Alliance's decisions? The answer seems to be yes. We must understand how this should be reflected, if this is the case, in the new strategic concept of the Alliance.

Among the many initiatives underway, the United States of America is preparing to define the new NATO Strategic Concept through an initiative launched last September, the West Point Strategic Concept Seminar, organized by the Social Sciences Research Lab, led by Lieutenant Colonel Jordan Becker. The first meeting will be held in February 2022 and will see the participation of scholars from all over the world, called to give their contribution on the matter.

The initiative falls under the auspices of the policy planning unit by NATO Secretary General Stoltenberg.

Some time ago, for science fiction lovers, films called "Terminator" were released in which a robot was capable...
262
Read