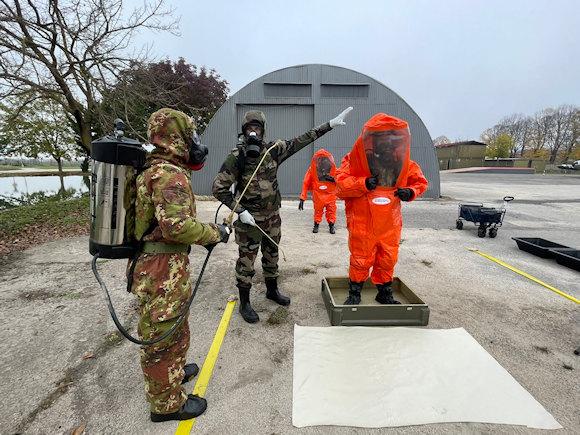 In recent days, at the Joint Forces School for Nuclear, Biological and Chemical Defence an exercise was conducted aimed at testing the capabilities of the civil and military assets involved in the event of a CBRN (Chemical, Biological, Radiological and Nuclear) event, also in the presence of vulnerable categories of citizens.

In particular, the release of a toxic chemical cloud following a railway accident and the subsequent intervention of: firefighters, carabinieri, Trenitalia as well as specialized CBRN Defense assets of the Army were simulated.

The activity was made particularly realistic thanks to the presence of representatives of the "PROACTIVE" project (PReparedness against CBRNe threats through cOmmon Approaches between security praCTItioners and the VulnerablE civil society), who allowed the participation, as extras, of 35 volunteers belonging to vulnerable categories. The "PROACTIVE" project aims to harmonize the procedures to be adopted in managing emergency events in the presence of personnel with special needs, improving the preparation of rescuers.

The specific activities of rescue in the CBRN environment such as, for example: identification of contaminated areas, definition of the areas involved, medical assistance, decontamination, identification and monitoring of the movement of contamination, had as their primary mission the safeguarding of human life in a very delicate context and risky even for the rescuers themselves, such as a spill of toxic substances on the national territory. 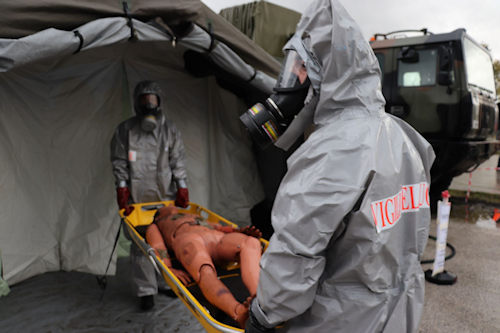 Representatives of the European project "eNOTICE" (European Network Of CBRN Training Centers) were present at the exercise as international observers. This project aims to improve the ability to react to CBRN events, creating a network of training, experimentation and training centers that can collaborate internationally.

The exercise carried out made it possible to test and keep the implemented procedures operational and at the same time identify the critical issues to be taken into consideration in future activities.
Furthermore, joint training between the 7th CBRN "CREMONA" defense regiment and the "NUBICH" training area was carried out. 2e regiment of dragons (FRA), in order to test the interoperability of NATO CBRN specialist units in SIBCRA (Sampling and Identification of Biological Chemical and Radiological Agents) decontamination, reconnaissance and sampling activities.

For this training, both units deployed, under the supervision of a liaison officer, a team specialized in reconnaissance and sampling, a specialized asset in decontamination, implementing the capability of integration and cooperation in the CBRN field.

The activity, included in the context of international collaborations in the sector, has made it possible to increase the exchange of specific knowledge, consolidating the technical-specialist skills of the personnel employed, through the simulation of modern and complex operational scenarios, adhering to possible CBRN threats. 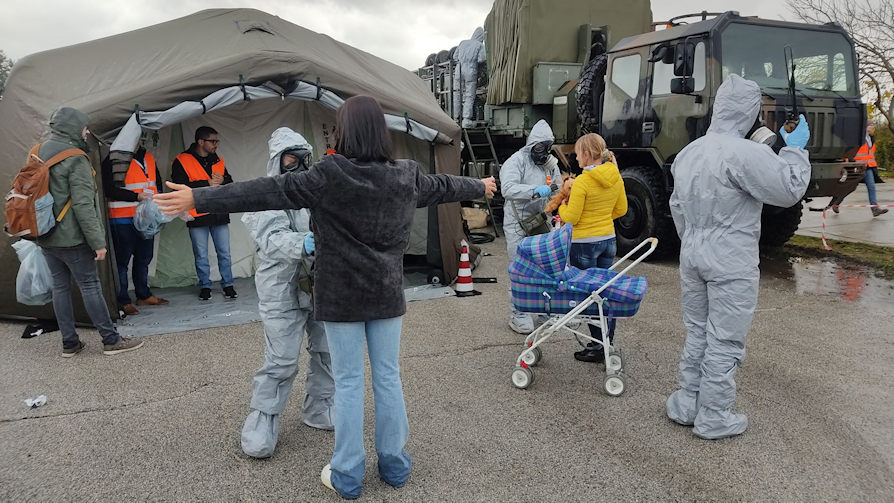 Also this year the Army participated with an information stand in the well-known event dedicated to the world of comics, the...
169
Read