"Safe roads": Drunk annoys passers-by in front of the metro station and attacks the military. Arrested 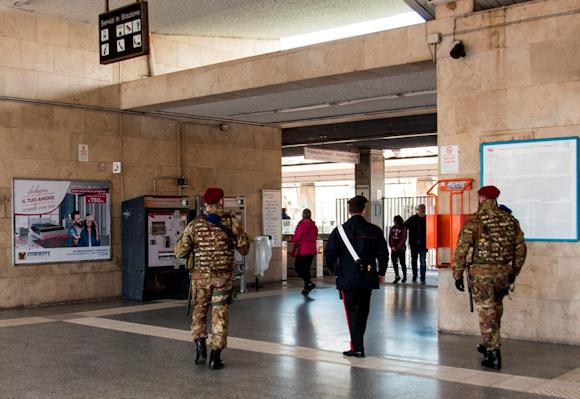 An 44enne of Romanian origin was arrested following threats to a mixed patrol involved in the "Safe Roads" operation, consisting of carabinieri from the Ostia Group and soldiers of the Italian Army under the 11 ° Bersaglieri regiment of the Grouping Lazio Abruzzo a brigade guide "Sassari".

The man, in an evident state of intoxication, was stationed in front of the metro station "Lido Centro" in the company of a group of people, when it was noticed continuously annoying the passers-by.

At that point, received by the carabinieri the temporary expulsion order, the foreigner started to suddenly give up and, brandishing a broken bottle, threatened the military.

The man was immediately blocked and disarmed by the mixed patrol, arrested for resisting a public official and held in the security rooms of the barracks waiting for the validation hearing.

After an intense week of aviolancistica activity conducted with the techniques of automatic opening and fall ...
406
Read

In the last few days, the Army soldiers have started the intervention for the maintenance of the trail network ...
177
Read

In the next few days, for the duration of three months, about 1.000 visitors to the Training, Specialization Area ...
553
Read

The 1st land (mountain) artillery regiment and the "Taurinense" logistic regiment concluded a course of ...
611
Read