The Army in the schools of Veneto 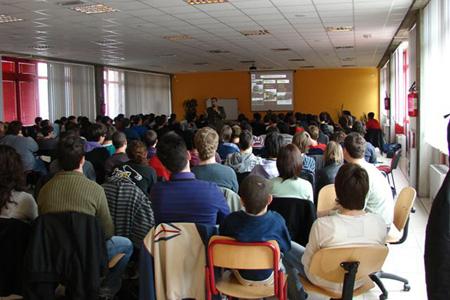 The Interregional Defense Force Command North of Padua, in collaboration with the Regional School Office, is conducting a series of professional orientation conferences aimed at students of the Veneto high school institutes, in order to illustrate the tasks and use of the Armed Forces. favor their enrollment.

The meetings, which are held by officers in service both at the High Command of Padua and at the Army Departments present in the territory, are linked, this year, to a campaign to raise awareness about the dangers arising from the discovery of war residuals unexploded, reclamation activities of the territory whose competence dates back to the newly established North Interregional Defense Forces Command.

In recent days, the students of the schools "Bocchi" of Adria (RO), "Silva - Ricci" of Legnago (VR), "Della Lucia" of Feltre (BL), "Galileo Galilei" of Treviso and "Ferraris" were met. of Verona, for a total, since the beginning of the school season, of 25 conferences held and a thousand informed students.

From 5 to 18 September 2022, the “Folgore” parachute brigade participated in the multinational exercise “FALCON ...
7392
Read

It took place yesterday morning in the “G. Perotti ", in the presence of the commander of the Land Operational Forces of ...
1061
Read