The Army at the "Cambrian Patrol March 2022" 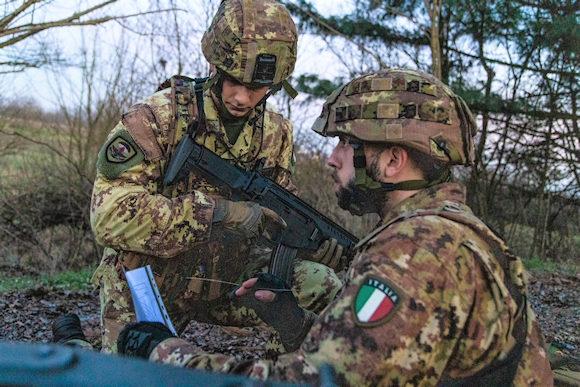 The international competition called "Cambrian Patrol March 2022", which was attended by 94 teams from 27 different countries, including an Italian Army patrol belonging to the 8th “Folgore” paratrooper genius regiment, which won the bronze medal.

The race, which took place in unfavorable climatic conditions, developed along a 60-kilometer itinerary, characterized by rough terrain and an altitude difference of over 3.000 meters which provided for the overcoming, within the time limit of 48 hours, of a series of tests and evaluation exercises including: planning and issuing of orders, land navigation, reaction to CBRN attack (Chemical, Biological, Radiological, Nuclear), first aid, night crossing of a body of water, recognition of weapons and vehicles , fast attack and patrol report.

The "Cambrian Patrol March 2022" represented an important moment of confrontation between equal units of allied and partner armies, as well as a challenging "test bench" to test the effectiveness and operational readiness of the participating military assets.

The international exercise 'Cerces 2022' has ended, which saw the participation of a unit of the brigade ...
4013
Read

The Baptism ceremony took place at the "Pietro Teulié" barracks in Milan, site of the homonymous military school...
495
Read