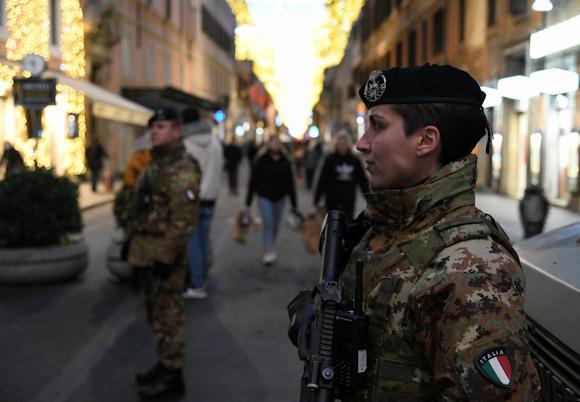 Today is the Anniversary of the Weapon of Transmissions, symbolically linked to the second Battle of the Piave, better known as the "Battle of the Solstice". During this event, the Arma delle Trasmissioni, at the time a specialty of the Corps of Engineers, contributed significantly with its telegraphers, radio operators and radiotelegraphers to reject the advance of the Austro-Hungarian troops and to create one of the most significant military events in our history.

Broadcasts, however, have their roots in a much more remote past: since ancient times, in fact, humanity has had the need to communicate at a distance. This need was even more important in the course of war actions, when orders and news had to be exchanged as quickly as possible, trying to quickly cross the front lines.

In this context, the first means used was the night fire, which was perfected and progressed later with the Roman torch station used by Julius Caesar in the campaign against the Gauls and with the Roman signal tower of Aeneas, today taken as a symbol of 'Weapon of Broadcasts.

In the course of history, a decisive stage for transmissions was certainly marked by the invention of the telephone and telegraph, in the first half of the 800th century, followed by that of the radio, in 1894 by Guglielmo Marconi. The wide use of these means and the expansion of the skills entrusted to transmitters during the I and II World War determined, on May 16, 1953, the split from the Corps of Engineers, with the renaming of the specialty "Genius Connections" in specialty autonomous “Trasmissioni”, with its own friezes and the traditional electric blue badges surrounded by crimson red. 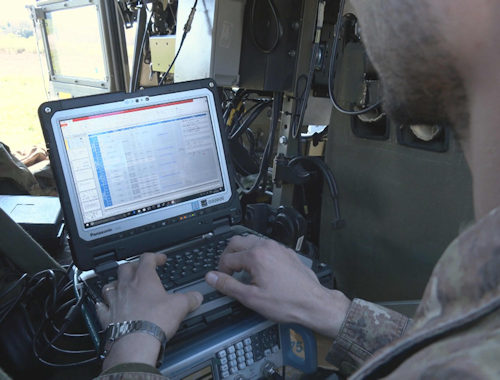 It was then on 30 December 1997 that the birth of the weapon was sanctioned from a legislative point of view and, subsequently, the War Flag of the weapon was delivered, on 30 June 1998, decorated with a Silver Medal of Valor. of the Army granted with the following motivation: "Since its establishment in 1953, grafted onto a long and glorious tradition in the military links sector, the weapon of the Transmissions has constantly lavished itself, with generosity and an admirable spirit of service, in difficult and complex interventions, aimed at the realization o the restoration of communication systems, to support important and diversified operational situations, both in the national territory and away from the mother country. His contribution has always been precious and fundamental to allow command and control activities, with particular reference to rescue operations in the event of public disasters (Vajont, Sicily, Friuli, Tuscany, Campania - Basilicata), to operations for missions of peace (Lebanon, Namibia, Kurdistan, Albania, Somalia and Mozambique) and territorial control operations ("Forza Paris" - "Sicilian Vespers"). The high professional qualities and the spirit of sacrifice of the personnel of the Arma, the characteristics of technological modernity of the equipment and the operational readiness of its units, have substantially contributed to the effectiveness of the operational interventions and to the prestige of the Italian Army (Rome , 1 June 1953 - 8 March 1993) ".

In the following decades, in a scenario characterized by a continuous and very rapid technological evolution and with a growing need for safe, fast and durable connections, the Arma delle Trasmissioni, divided into the Telematics and Electronic Warfare specialties, thanks to the high professionalism and skill of the their men and women and the ability to adapt to the increasingly growing institutional tasks, continues to guarantee the success of the operations in which the Army takes part both at home and outside the national territory: from CIS (Communication Information Systems) support , to the development of new technologies in the Cyber ​​Space field, placing itself fully among the most modern and technological components of the Armed Force, becoming a fundamental operational pawn in terms of skills, capabilities and technological development.