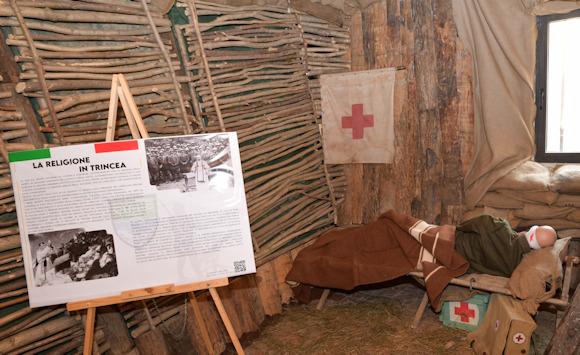 The exhibition on the Great War entitled "The links between civilians and military during the First World War" organized and curated by the Multinational took place from 19 September to 4 October 2020, near the exhibition building of the former prisons of Motta di Livenza. CIMIC Group in collaboration with the municipal administration of Motta di Livenza, the 3rd engineer regiment of the Army and the Infantry Association.

The exhibition event had the aim of highlighting and raising awareness of a historical period that marked the foundations of modern society. The Great War was, in fact, an exceptional and all-encompassing event. Almost all the Italian families, just over 7,5 million, had a member of their own at the front among the approximately 6 million men and boys who could be enlisted to arms. But it is certain how the Great War involved, directly or indirectly, the entire Italian population, including women and children.

The exhibition, therefore, was dedicated to adults and children and made us rediscover the deeds of those people who participated in the First World War through an exhibition space that, with objects and images, wanted to retrace the social changes that took place in those terrible years: the role of women in society, industrial transformation, cinema, music and even children's toys. 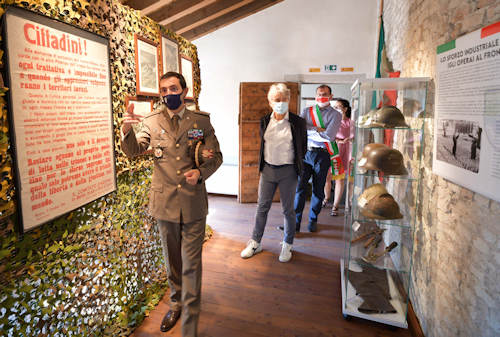 “Not losing the memory of the past is one of the best means to build a better future. Those who gave their lives to make our beloved homeland better represent the example that must exhort us, every day, to do our duty ", with these words Colonel Luca Vitali, commander of the Multinational CIMIC Group, opened the exhibition on September 19th, on the occasion of the inauguration.

Among the various relics on display, from photos to uniforms of the time, visitors also had the opportunity to admire a trench section, recreated for the occasion by the CIMIC soldiers to relive the experiences of the soldiers at the front.

There was a high turnout at the exhibition by visitors, associations and school groups, which took place in compliance with the provisions established by the Government for the containment of the spread of the CoVid-19 virus.

Inside the Court of Honor of the Military Academy and in the presence of the commander for training, ...
224
Read

The Cavalry of the Italian Army originates from the Savoy cavalry in which the first regiments of order "...
230
Read

The 5th Engineers Regiment, unit stationed in Macomer framed in the Sassari brigade, which has its origins in the ...
231
Read

A few days ago, in the training area of ​​the "Montezemolo" Barracks in Castel Maggiore (BO), the ...
277
Read

With the deposition of a laurel wreath at the monuments dedicated to the memory of the fallen in their units, the ...
886
Read