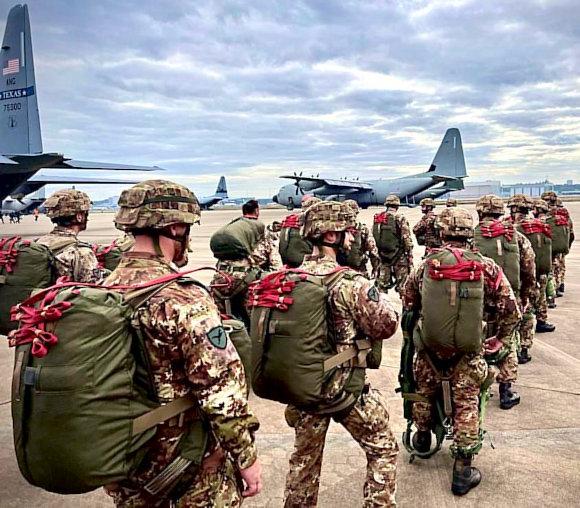 From 5 to 18 September 2022, the "Folgore" paratrooper brigade participated in the multinational exercise "FALCON LEAP 22", in the Netherlands, during which mass air raids were carried out in contexts typical of Joint Forcible Elements, belonging to the air troops of the so-called “Airborne Community”.

During the activity, the International Jump Week (W37) also took place, in which the paratroopers of the "Folgore" took part with tactical air drops carried out both with the automatic opening technique and with the free fall technique, alongside paratroopers. of participating countries.

The commander of the "Folgore" brigade, Brigadier General Roberto Vergori, also present at the activity as a participant in the contextual 9 ^ Annual International Airborne Commanders Conference (AIACC), which brings together all the commanders of the air troops of the main NATO countries, the European Union and the Partner Countries, specified that the activity, framed within a consolidated cooperation program, is a catalyst for raising standards of interoperability and multinational integration.

A component of the "Folgore" aviation company was also involved in the Netherlands which, together with the crews and aircraft of the 46th AMI air brigade, operated as part of the "International Cargo Delivery System (CDS) Jump Week", carrying out air drops of conditioned materials in medium and heavy loads.

Paratrooper and air force units from Belgium, Canada, France, Germany, Great Britain and Italy participated in the exercise, which was backed by the commemorations of the 78th anniversary of the "Market Garden" operation, conducted by the Allies in September 1944. , Czech Republic, Poland, Portugal, Spain and the United States.

The "Folgore" paratroopers brigade is a tool available to the Army to ensure the capacity for immediate response and intervention to crisis and emergency situations, which require the projecting, in a short time, important devices capable of operating in all areas of comparison. 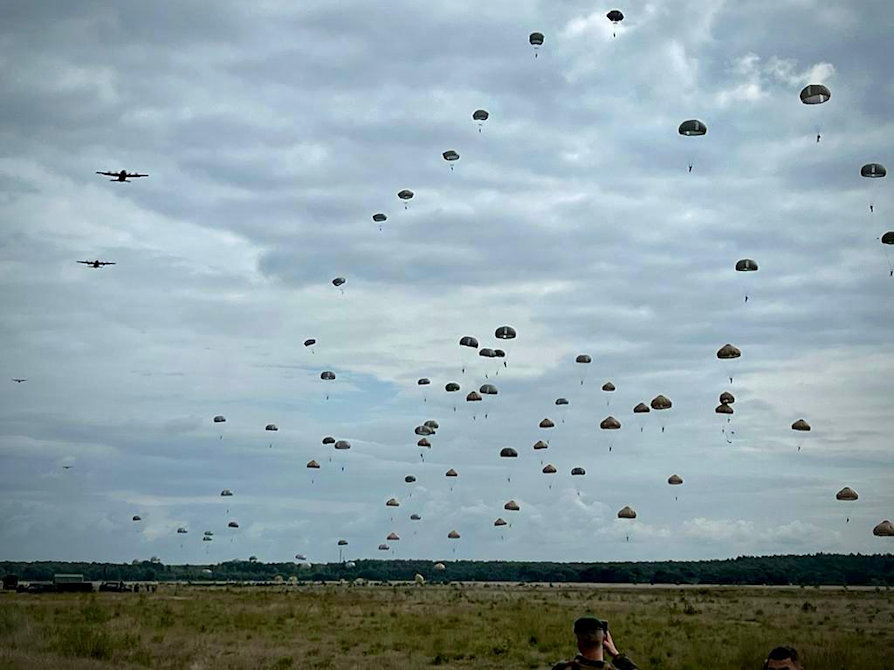 The "agreement for the collaboration...
304
Read