Home News armed forces Terra The Chief of Staff of the Army at ... 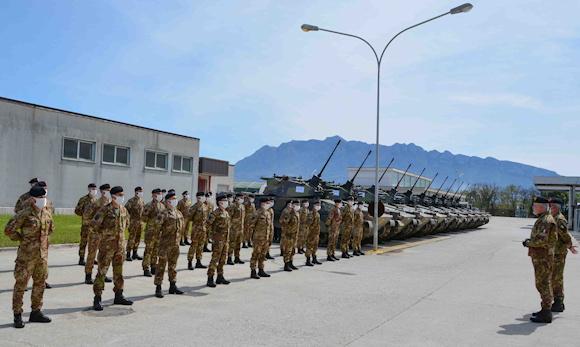 The Chief of Staff of the Army, General of the Army Corps Pietro Serino, visited the Army departments allocated in the military district of Persano, a training area in the province of Salerno which includes three barracks, polygons for exercises with small arms and modern simulation systems for training.

During a briefing a situation report on the current and future activities of the brigade departments was presented to the head of SME Garibaldi with particular reference to the state of readiness for which the military district of Persano has been designated as staging area, in addition to the logistical and training potential of the area.

General Serino during the meeting with the staff underlined the importance of the "Garibaldi" Bersaglieri brigade which with its actions characterized the modern Italian Army, congratulated the men and women of the units stationed in Persano for the deep commitment in every training and operational activity carried out at home and abroad, expressing sincere applause for what has been done in the last two years also in the fight against the COVID -19 pandemic, demonstrating that the commitment of the Army is a fundamental part for the efficiency of the country system.

The visit ended with an inspection of the areas of the military district involved in the construction of new infrastructures and ended at the "Ronga" barracks, "Real Casina di Caccia", included in the Italian Environment Fund (FAI) for its historical value.