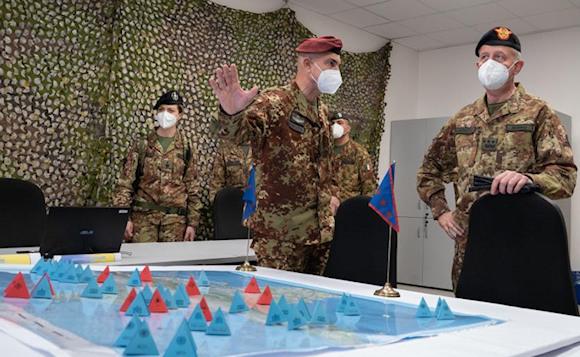 The Army Chief of Staff, Corps General Pietro Serino, visited the command this morning tactical information brigade in the headquarters of the "Santa Barbara" barracks in Anzio (RM).

General Serino, after receiving the honors from an armed picket, was welcomed by the commander of the operational ground support forces (COMFOTER SPT), general of the army corps Massimo Scala and by the commander of the unit, brigadier general Maurizio Frond. Subsequently, the chief of SME saluted the Institute Flag and the War Flag of the 13th HUMINT Regiment and attended a briefing information on the training, logistical and operational capabilities of the unit during which the brigade commander illustrated the prerogative of tactical information, called to deal with constantly evolving operational scenarios, in particular as regards the assessment of the threat and the security of communications operational.

Subsequently, the top authority met the staff of the "Santa Barbara" deployed in the flag-raising square, visited an exhibition path among the stands of the specific materials of the dependent regiments and attended a series of demonstration activities organized in the teaching rooms of the tactical information training center (Ce.FIT) and in the premises of the integrated analysis department (RAIT). Finally, at the facilities of the electronic warfare support department (RESOGE), practical exercises were carried out related to the contrast of the RC-IED threats of the operating and Cyber ​​Electro-Magnetic Activities (CEMA) for the neutralization of the opponent's surveillance sensors, with the use of mine detectors and robots center of excellence C-IED and a “Ranger” radar team of the 41st rgt. "Cordenons".

General Serino, during the meeting with the staff, highlighted that “you are at this moment on the advanced front of what are the capacitive development opportunities of the Armed Force and of the terrestrial instrument as a whole. Today, even more than yesterday, the soldier is a technician in his profession, which he performs and absolves effectively, using all the tools that the mind and human technology have made available to him ".

La tactical information brigade of the Army constitutes the unit of the Armed Force in the use of specialized resources, both in the various intelligence disciplines, through the capabilities expressed by the electronic warfare assets, instrumental surveillance of the area of ​​operations and information collection from human sources, and in the specialties responsible for creating effects and influencing the operating environment. 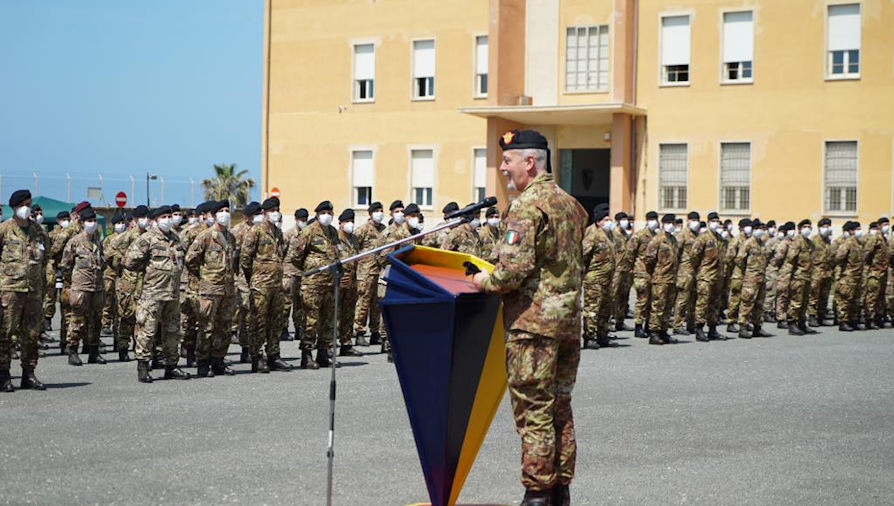 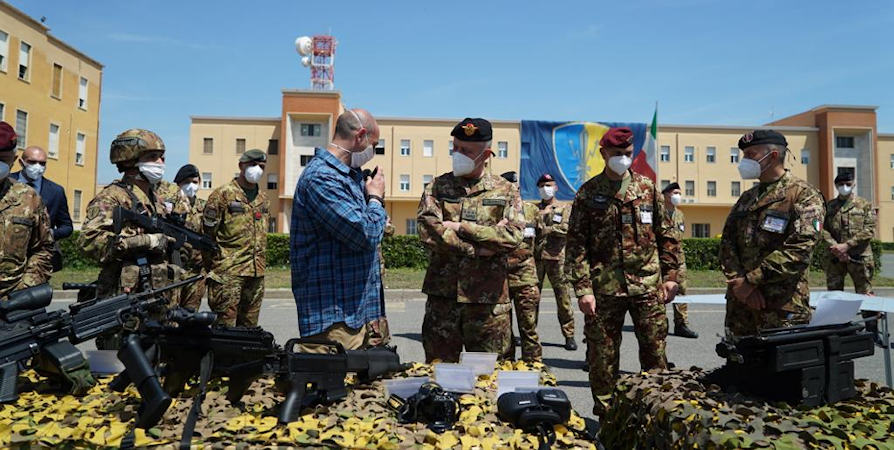 It ended in recent days, between the limestone walls of the "Budinetto" of Cala Gonone (NU), in the National Park of ...
5649
Read 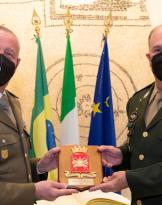 General Serino meets the commander of the Brazilian Army

The chief of staff of the Army, general of the army corps Pietro Serino, received in recent days, in ...
699
Read