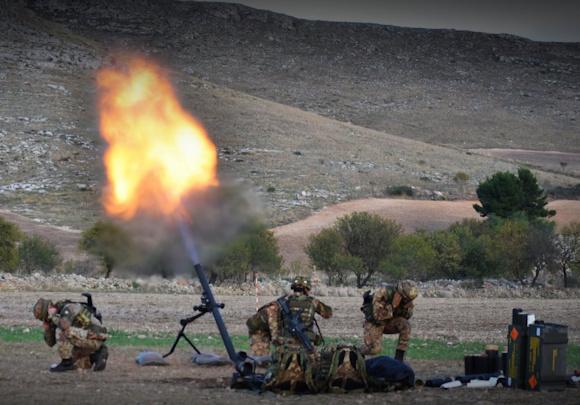 At the Torre di Nebbia polygon (BA), the exercise was concluded which involved, for some weeks, the fusiliers of the 5 infantry regiment of the "Aosta" brigade of Messina, at the end of an intense training cycle that it has also allowed the deepening of the program called "Integrated Systems for Terrestrial Training" (SIAT). The training activity is framed within the Operational Reserve Force (ORF) framework for which, the Italian Army department, has been designated as Over The Horizon Forces (OTHF) reserve.

The particular training, carried out through live simulation systems with opposing parties (force on force), has made it possible to increase the potential of the personnel employed, consolidating the preparation for combat through the implementation of new procedures and methodologies.

In addition to the operational planning activities, the soldiers of the 5 regiment practiced in reaction to ambushes, on foot and motorized patrol, in escorting convoys and in rescue procedures. Peculiar emphasis was given to schools with guns, mortars and counter-systems through the use of weapon systems supplied to the exercised departments.
In this sense, the level of interoperability of the maneuvering units has been increased with the organic structure of fire support (mortar platoons and counter-trucks). Particular satisfaction was expressed by the regimental commander, Colonel Filippo Di Stefano, who intended to conduct the exercise live in a coherent manner, guaranteeing the achievement of the standards required for the premise of a possible deployment in Operative Theater.

After an intense week of aviolancistica activity conducted with the techniques of automatic opening and fall ...
434
Read