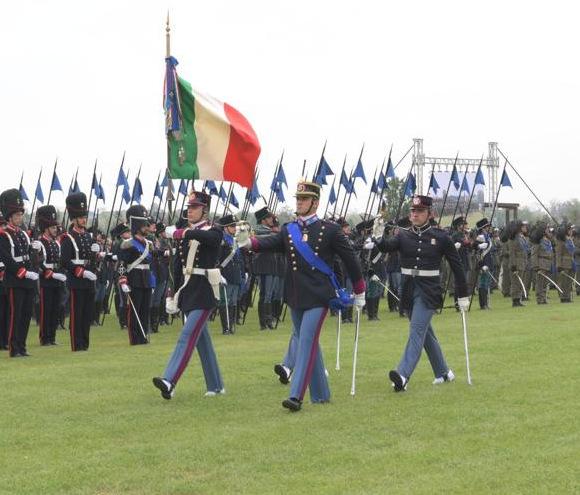 The celebrations for the 161st anniversary of the constitution of the Italian Army began this morning in Rome, with the laying of a laurel wreath at the Memorial of the Fallen in the courtyard of honor of the Army Palace. Subsequently, at the Military Hippodrome “Gen. CA Pietro Giannattasio "of Tor di Quinto, the military ceremony was held in the presence of the Minister of Defense, the Hon. Lorenzo Guerini, the Chief of Defense Staff, Admiral Giuseppe Cavo Dragone, the Army Chief of Staff, General Pietro Serino army corps and other civil, military and religious authorities.The anniversary will end tomorrow when a representation of the Army will be received by the President of the Republic, at the Quirinal Palace.

The defense minister highlighted in his speech "We are really proud of our Army, because the image of a reality that is always ready, effective and efficient, available to act with generosity and absolute professionalism, shines from its daily work. Today it is also thanks to the Army that Italy can assert its role as a credible ally and responsible member of the international community, which does not shy away from its collective defense tasks: tasks that appear even more necessary for the future, of the increasing commitment that NATO and the European Union, the reference pillars of the security architecture to which Italy adheres, are implementing, in response to the changing needs of the international framework; and in particular following Russia's bloody and unjustified aggression against Ukraine. The Army is a very lively institution, in constant transformation and projected towards the future. I want to underline the far-sightedness with which the Army looks to the future, with an innate propensity for inter-force integration, strengthened by a continuous doctrinal and technological evolution. To complete the modernization of the Army, however, other important steps are missing regarding the connectivity of forces, cyber capabilities and the development of autonomous systems capable of managing modern multi-domain operations in perfect synchrony with the other components of the military instrument. " 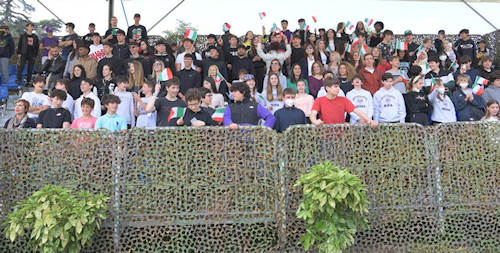 "In the history of our country, the Italian Army has always been at the forefront in defending the homeland, the Constitution and democratic values, the cornerstone of our nation and our reference Alliances. On the occasion of emergencies and natural disasters, the Armed Force has always been ready, reactive and generous, up to the limit of personal sacrifice, intervening with humanity, always receiving unconditional appreciation, in Italy and abroad. These virtues of yours are a heritage that is clearly shared also by the communities of the countries where the Italian peacekeeping missions, of which the Italian Army is the backbone ", said the chief of defense staff.

During his speech, General Serino stressed - in this period, characterized by two unexpected and dramatic events, the relationship between the Army and the Italians became stronger and more aware. Our fellow citizens know they can count on a capable and determined team, able to adapt quickly to the threats to be faced. Precisely this consolidated relationship makes it important to publicly celebrate the 161 years that have seen us call the Italian Army, the Army of the Italians. We are happy to be deployed today in front of Italy in all our articulations, with the distinctive features of our Corps and our Weapons, which tell a story of absolute loyalty to the homeland and its institutions ... Our heritage of value and sacrifice it is unique and indivisible. It unites us all and makes us strong. The Army is what you see in front of you. It is a single group: "Una Acies".

Following, the parade of health structures involved in fighting the pandemic, the traditional charge on horseback of the "Lancers of Montebello" (8th) and the land artillery regiment on horseback in the historical carousel reminiscent of the battles of the First World War and the passage of 3 helicopters of the Army Aviation, concluded the event before the final honors to Minister Guerini, marked by the ordinance music of the 1st regiment Granaders of Sardinia.

Furthermore, as an integral part of today's event, yesterday afternoon a conference entitled "Italian Army: the challenges for the future" was held at Palazzo Esercito, from which a discussion emerged on the modern conflicts that influence the way the forces operate. Armed, a new battlefield, pervaded by disruptive technologies, drones, hypersonic missiles, cyber warfare and satellites that have profoundly altered their nature. On the sidelines of the conference, the Army Report 2021.

From 29 April last, at the Tor di Quinto Hippodrome, as part of the celebrations of the 161st anniversary of the establishment of the Italian Army, a series of promotional activities were organized, including the "Army Village", in which It was possible to engage in interactive activities such as military fitness, artificial climbing wall, shooting and flight simulation systems, as well as activities on horseback, all to the rhythm of the music of Army Radio.

The Army now has about 3.000 soldiers deployed in 14 different countries such as Iraq, Lebanon, Niger, Kosovo, Libya, Somalia and Mali, with tasks ranging from development cooperation and support to stabilization and reconstruction processes, up to training. local security forces and about 8.850 military personnel in operational readiness in the event of timely interventions at home or abroad, in emergency situations or public utility: among these, the removal of explosive devices and firefighting sorties. On the other hand, about 6.000 soldiers are involved in Italy as part of the "Safe Roads" operation, in competition with the Police for the defense of the territory and surveillance.

After two years of forced break due to the health emergency from Covid-19, it was held at the School ...
88
Read

In recent days, in Caserta, Trapani, Cosenza, Altamura and Teulada, at the Bersaglieri regiments of the COMFOP Sud, ...
343
Read

An opportunity for cultural study as well as for the dissemination of geographical knowledge saw the protagonists ...
275
Read

In the period from 14 to 16 June, the exercise of the "National Military Observation Network and ...
155
Read

Last Monday, at the Hohenfels base (GER), the multinational exercise Combined Resolve XVII ended, at ...
1988
Read

Today we celebrate the anniversary of the Artillery Weapon, symbolically connected, for historical facts, to the battle ...
5279
Read