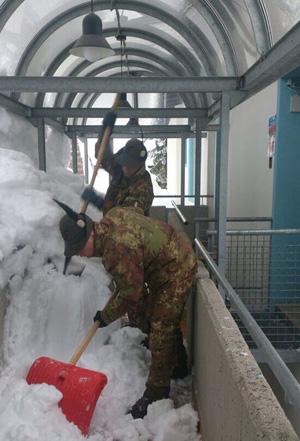 Army troops, belonging to the Alpine Troops, who are at work in the Belluno area due to the bad weather emergency, intervened this morning in Cortina D'Ampezzo (BL) to free a school after the collapse of a roof.

The military, who arrived in the area from the first hours of the emergency in support of the population, were joined yesterday by teams of Army specialists, alpieri and mountaineering instructors, who work incessantly to free the roofs from snow and avoid further collapses.

Thanks to the special training they conduct, the alpieri and the aplinism instructors of the Army are qualified to operate in extreme and complicated conditions just as they are doing in these hours on the roofs of Cortina. The school, the all-inclusive Valboite institute located in the center of Cortina, was closed due to bad weather and the collapse of the roof did not cause any harm to people. 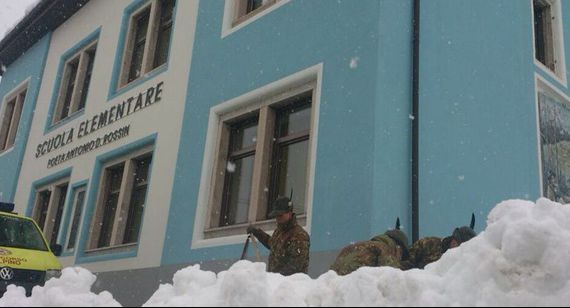 From 5 to 18 September 2022, the “Folgore” parachute brigade participated in the multinational exercise “FALCON ...
7413
Read

It took place yesterday morning in the “G. Perotti ", in the presence of the commander of the Land Operational Forces of ...
1062
Read