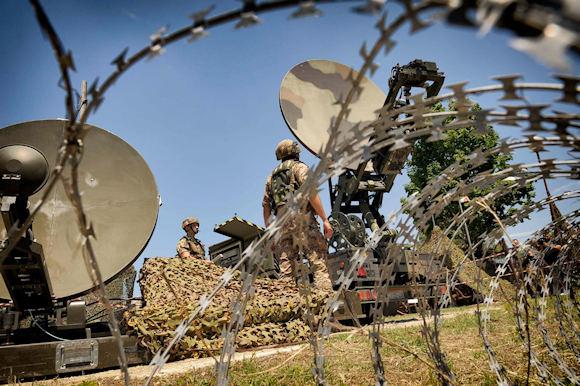 On the occasion of the Festa dell'Arma delle Trasmissioni, the "Lira 2022 ”, A peculiar training activity characterized, among other things, by a context of multi-weapon cooperation.

The day began with the deposition, at the base of the flag stone, of a laurel wreath in memory of the fallen of the Arma and continued, inside the Piazza d'Armi of the "Perotti" Barracks, with the exhibition of some historical photos, with the intention of tracing the most significant phases of the evolution of transmissions, from birth to today and an exhibition of materials and systems peculiar to the weapon.

The training event involved all the departments of the Transmission Army, from north to south, and acquired more prestige and increased the training-operational target thanks to the fruitful synergy put in place with the personnel of the 1st transmission regiment in support of the NRDC-ITA, of the 186th regiment of the “Folgore” parachute brigade and of the 3rd “Aldebaran” special operations helicopter regiment of the Army Aviation.

The "Lira" exercise, which focuses on "operational readiness", aimed at the implementation and management of a mission network in a combat context, was characterized by an offensive cyber operation conducted through the use of a technological structure entirely designed and built by the cyber security department, used to acquire the video surveillance system of an enemy Communications Center, in order to achieve a kinetic advantage during the raid carried out by a team of paratroopers of the 186th regiment.

At the end of the activity, General Scala thanked the staff for their high level of professionalism and renewed their wishes to all transmitters. 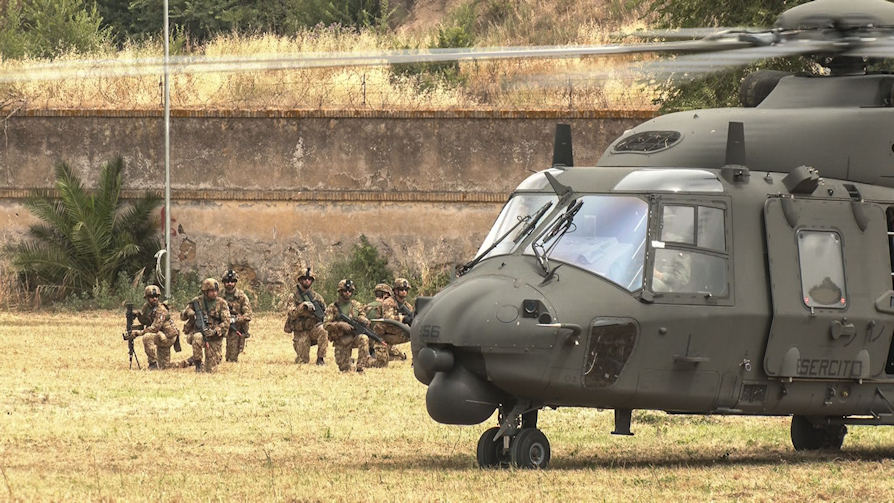 With the departure of the War Flag of the 82 ° Turin Infantry Regiment, the men and women of the Army ...
1159
Read

In recent days, a team of bomb squads from the Italian Army, under the 10th genius sappers regiment of ...
504
Read

As part of the bilateral military cooperation between Italy and Oman, the working visit of three ...
5105
Read

The recruitment activity continues at the four training regiments, the 235th of Ascoli, the 17th of Capua, the 80th ...
774
Read

Last week, at the "Cesare Battisti" barracks in Aosta, the training phase in "high ...
8208
Read

It took place yesterday, in the presence of the commander of the Southern Operational Forces, general of the army corps Giuseppenicola ...
1353
Read