Change to the "Calabria" grouping 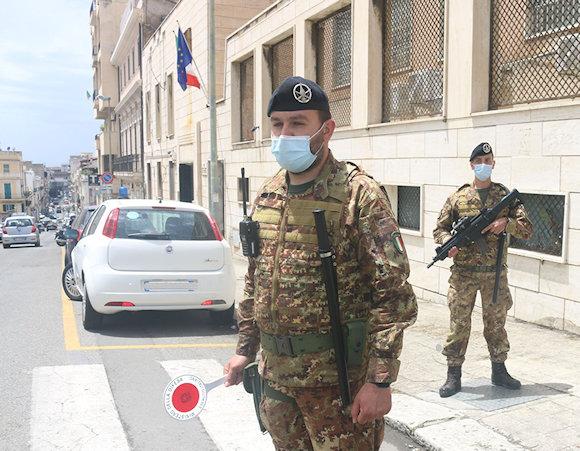 Transfer of deliveries to the command of the "Calabria" group, as part of the "Safe Roads" operation, at the "Florestano Pepe Edoardo Bettoja" barracks in Catanzaro, headquarters of Army Military Command Calabria. Colonel Francesco Alaimo, commander of the 82nd “Torino” infantry regiment, a unit belonging to the “Pinerolo” mechanized brigade, handed over the leadership of the group to Colonel Massimo Scotti, commander of the 1st Bersaglieri regiment of the “Garibaldi” Bersaglieri brigade.

During the 6 months of operational activity in the various provinces of the Calabria Region, about 400 Army soldiers were constantly employed who carried out numerous control activities of the territory, with self-assembled and footed assets, in competition with the Police Forces, allowing the identification of about 49.700 people, of which 12.000 of foreign nationality and the control of over 30.800 vehicles.

The commitment of the soldiers of the "Pinerolo" brigade, which took the form of rescue interventions for citizens following emergencies, in the supervision of sensitive infrastructures such as squares, Courts, Prosecutors and Reception Centers and in the detention of subjects for different types of crime, has significantly contributed to raising and consolidating the local security level. These results are the result of the Army's daily commitment to the "Safe Roads" operation, an effort rewarded by the attestations of esteem and gratitude received by the prefectural authorities and by the representatives of local authorities, but above all by the sense of gratitude constantly expressed by the citizens. of the Calabrian region.

The handover was sanctioned in a back brief, held in recent days in videoteleconference mode, chaired by the commander of the southern operational forces, general of the army corps Giuseppenicola Tota who, in the course of his speech, highlighted the excellent work done and the extraordinary results achieved by the infantry of the "Turin", who completed the mission assigned in a Region articulated as Calabria is in a particularly difficult period due to the epidemiological crisis. Finally, General Tota addressed his best wishes to Colonel Scotti and the “Garibaldi” Bersaglieri, confirming that they will always be able to count on the support and support of COMFOP Sud. 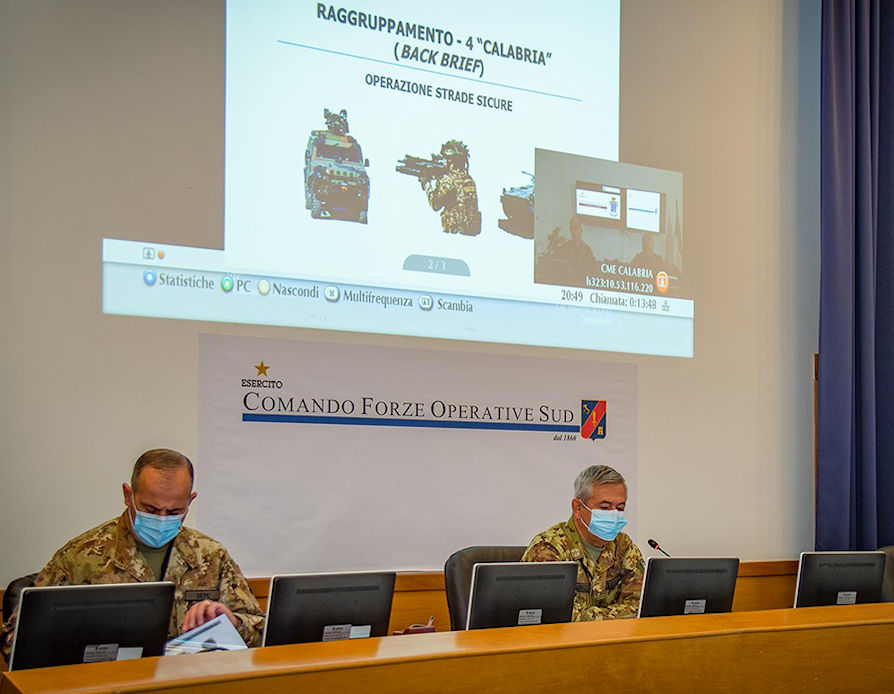 It ended in recent days, between the limestone walls of the "Budinetto" of Cala Gonone (NU), in the National Park of ...
5628
Read

It took place in the courtyard of the 1st Tricolor of the Teuliè Military School of Milan, in the presence of the Institute Flag ...
5893
Read

Over fifty sharpshooters from different units of the Army, State Police and Allied Armies have ...
4709
Read