Bersaglieri and artillerymen of Aries train for Lebanon 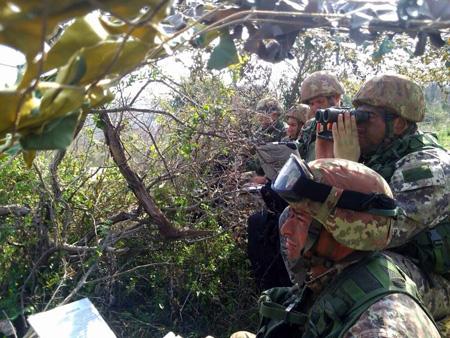 In the framework of the preparation activities for the LEONTE XVI operation which, shortly, will see the 132 ^ armored brigade "ARIETE" engaged in Lebanon, was held in the past few days, at the Monte Romano shooting range, the school for shooting mortars of assets of the 11 ° bersaglieri regiment.

The 11 ° feathered infantrymen had the opportunity to verify "in the field" the level of training achieved with the Thomson mortar model RT-F1 from 120 mm, supplied with the unit, and to become familiar with the procedures used in the field UNFIL.

The activity was also attended by the artillerymen of the 132 "Ariete" terrestrial artillery regiment, who refined their training units for surveillance and acquisition of objectives, both visual and instrumental, and the tactical connection with the units of the basic weapon .

These structures were coordinated with the Bersaglieri in determining and designating the objectives and in the conduct of the mortar fire.

The exercise, which reproduced a series of operational situations typical of the crisis contexts in which our departments will be called upon to operate, has allowed the soldiers engaged on the ground to complete the training aimed at achieving the "ready for employment" for sending to the theater of operations.

The international exercise 'Cerces 2022' has ended, which saw the participation of a unit of the brigade ...
4129
Read

The "agreement for the collaboration...
303
Read