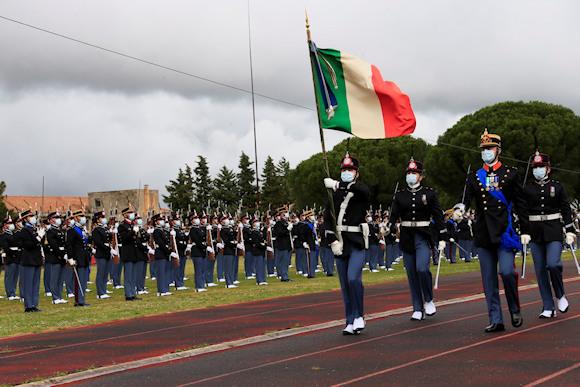 It took place this morning, at the Officers' School of the Army, the ceremony of oath of allegiance to the Italian Republic of the XXIV course "Fidelity".

The pupil marshals of the first battalion confirmed their choice to serve the homeland in arms, shouting in unison "I swear" and singing the anthem of Italy in front of the flag of the Institute, decorated with a Bronze Medal for Valor Army and Silver Medal for Civil Merit.

The solemnity of the event was underlined by the presence of the commander of the Training, Specialization and Doctrine of the Army, general of the army corps Carlo Lamanna, of the representative of the group of Gold Medals for Military Valor of Italy, Lieutenant Colonel Gianfranco Paglia and of the numerous civil and military authorities involved. Among these: the president of the Province of Viterbo Alessandro Romoli, the bishop of Viterbo serev.ma Lino Fumagalli and the magnificent rector of the University of Tuscia prof. Stefano Ubertini. 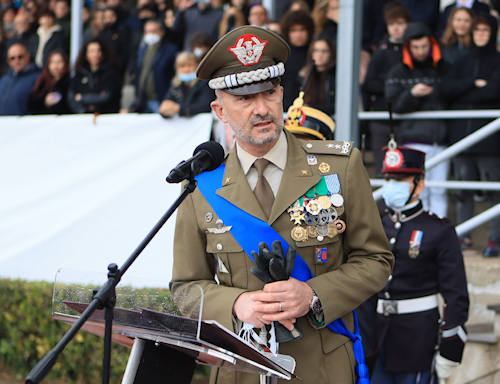 "Love of country, loyalty to the institutions, discipline, loyalty, honor and a sense of duty are the values ​​you have sworn to embrace and which must always guide you in the continuation of what is not a simple profession but, rather, an authentic choice of life" were the exhortation words of gen. Lamanna addressed to the pupil marshals of the XXIV course "Fidelity".

The commander of the Officers' School of the Army, Major General Alberto Vezzoli, addressed the jurands underlining the importance of choosing to put themselves at the service of the country, as women and men in arms: “You swear to be loyal to the Italian Republic, as the name of your course says, you are entrusted with a great responsibility. Soon you will be commanders, you will be given the confidence to manage, train, guide, advise your men and you, on the other hand, will have to constantly respond to the trust placed in you, this is fidelity ".

La Officers' School of the Army constitutes the reference pole for the basic and advanced training of all the non-commissioned officers of the Armed Force.

At the Viterbo Institute, the marshal students receive high-level training, which combines university teaching with an intense program of technical-professional activities, which will lead them, at the end of the training cycle, to operate as platoon commanders of the operational departments of the Army.