Validation of the national detection and alarm network for chemical, bacteriological, radiological and nuclear attacks 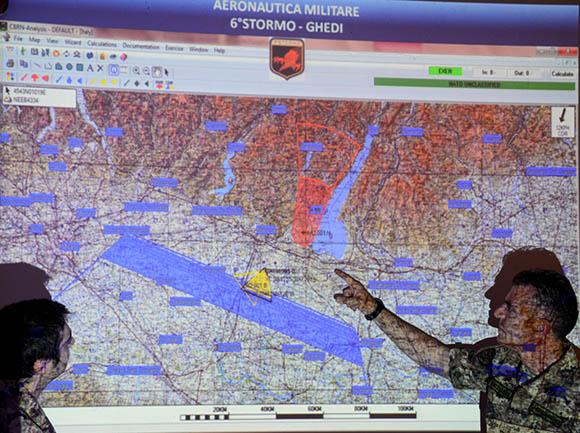 The final exercise of the "HAT 20" series was held from the 23 to the 2016 June, a sequence of evaluation activities aimed at certifying the initial operational capacity of the commands / bodies responsible for identifying the centers of the National military detection and alarm network for chemical, bacteriological, radiological and nuclear attacks (CBRN Warning & Reporting - W&R).

After several months of preparation in which the Area Control Center CBRN (Area Control Center - ACC) of Rieti - the top management of the Network - has trained the four Armed Forces with targeted exercises, thus reaching the final phase in which the Zone Control Center (Zone Control Center set up in the SME Operations Room), four collection centers and forty-seven collection centers were evaluated based on information management capabilities and calculation capabilities of expected contamination areas resulting from chemical incidents , biological, radiological and nuclear according to NATO standards.

All the armed forces participated with their members in the exercise, in particular the Army took part in the evaluation phase with the operations room of the Army General Staff, as a Zone Control Center, North Interregional Defense Forces Command and the 2 ° Defense Forces Command, such as collection centers and eighteen commands / regional bodies in charge of forecasting contamination and managing information in the relevant geographical area.

The Navy conducted the "HAT 2016" with the Command in Head of the Naval Squadron (CINCNAV), as a collection center, and nine naval units, which carried out the task of sub-collection centers for the alarm and the reporting of CBRN events that occurred at sea. For the Air Force the activity was conducted by the room top situations of the Air Squad Command, as a collection center, and of nineteen Stormi / Air Brigades / Airport Bodies and AM Detachments, which performed the function of sub-collection centers for the alarm and carry-over. Finally, the General Command of the Carabinieri, with the Protection Command for the Environment, responsible for the management of information coming from the Commands / Bodies of the Corps for the entire national territory, also carried out the functions below the center collection.

During the exercise, the CBRN Area Control Center produced over six hundred activations, simulations of military-type attacks, incidents at power stations, plants, industries and transport that were sent, for analysis and processing, to functionally dependent Centers.

This exercise made it possible to assess the efficiency and functionality of national detection and warning centers and is part of a series of activities and exercises required by NATO procedures, necessary to achieve full operational capacity (Full Operation Capability - FOC) of the National Network expected to be reached by the end of the current year. 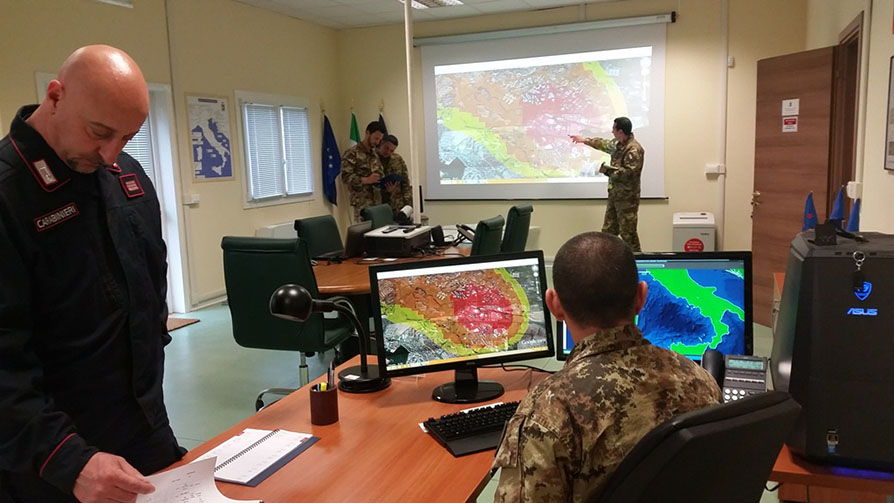