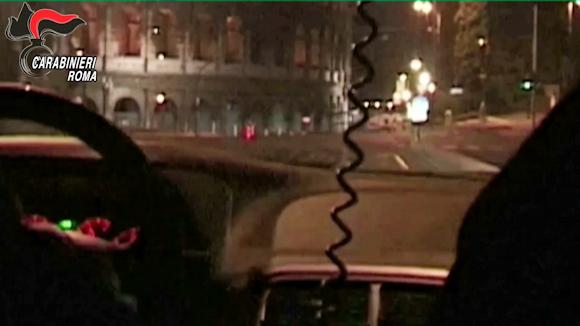 From the first light of dawn, the carabinieri of the company Rome Center, in the provinces of Rome, Frosinone and Turin, are implementing an ordinance that provides for the custody of prison for 10 people, 7 of Moroccan origin, an Algerian, an Italian and an Albanian who had given birth to an international traffic of drug, mainly hashish, imported from Morocco, through Spain, and then distributed in the main squares of Roman shops, but also in other Italian provinces.

The operation, conventionally called "NADIR 2", was carried out by the carabinieri of the company's operating unit Rome Center, coordinated by District Anti-Mafia Directorate and with the fundamental contribution of the Central Directorate for Anti-Drug Services (DCSA).

The criminal group treated substantial quantities of narcotic drugs, hashish, marijuana and cocaine, adopting sophisticated tactics both to hide the drug, using "deposit cars" parked in strategic places and for the shop, burying medium-sized quantities in parks and flowerbeds, for then withdraw the single doses in such a way as to reduce the "damage" in case of intervention by law enforcement agencies.

The sales to the final purchasers, carried out by the pusher of the organization, were mainly dedicated to the consumers of the areas of the movida al Pigneto; Saint Lawrence; Trastevere; Campo de 'Fiori; Lungotevere, but also to the traditional shopping plazas in the neighborhoods of Tor Bella Monaca, Centocelle, Borghesiana and Alessandrina. In the management of the shop in San Lorenzo, in June 2016, the suspected Moroccan citizens, after a violent brawl, runaway a band of Tunisian pusher who wanted to settle in their "square". Equally violent was the discipline exercised in the group against those who were wrongly questioned by the leaders, physical violence for any alleged infidelity or lack of caution in the management of their duties.

The investigation of the Carabinieri of the operating unit of the Roma Centro company has made it possible to ascertain responsibility for 28 people who have been investigated, to carry out further 38 arrests in flagrante for the sale and the seizure of the whole territory of 16 KG. of hashish, 4 KG. of marijuana and 7 KG. of cocaine.

Also in the course of the investigations, reports were found of some investigated with prominent members of the Camorra clan "Polverino-Orlando" of Marano di Napoli, who arrived in Rome for various summits; in Spain were also arrested dangerous Xnumx fugitives, affected by international arrest orders for drug-related offenses, one of which, Italian, found in possession of about 2 kg of hashish and 200 kg of cocaine at his villa-bunker in Andalusia.