Meeting of the Supreme Defense Council 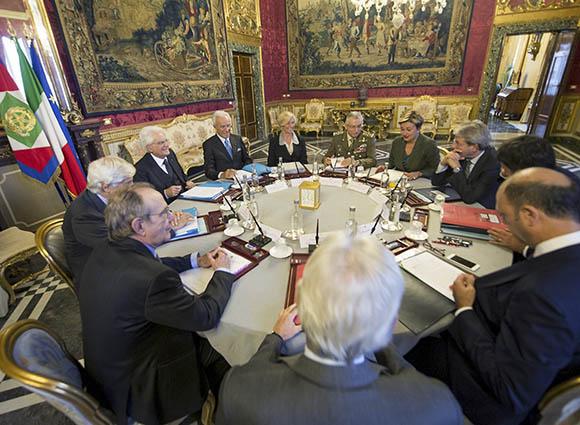 The president of the republic, Sergio Mattarella, presided over a meeting yesterday at the Palazzo del Quirinale Supreme Defense Council.

On the basis of the reports presented by the foreign and defense ministers, the council examined the international situation, pointing out that the ongoing Daesh offensive, the proliferation of conflicts and instability in the Mediterranean region and in the Near East, the increasing migratory waves, as well as the difficulties faced by the international community in crisis management characterize a framework of international relations and security in rapid and significant deterioration in areas very close to Italy and Europe.

The council then assessed the possible repercussions of the situation on the national territory, illustrated by the report of the interior minister.

In this context, the resources for security and defense, well used with intelligence and pragmatism to prevent even more than react, are productive for the well-being and development of our country.

Efforts must be focused on the situations and needs of the most immediate and direct interest in national security, with realism and concreteness. 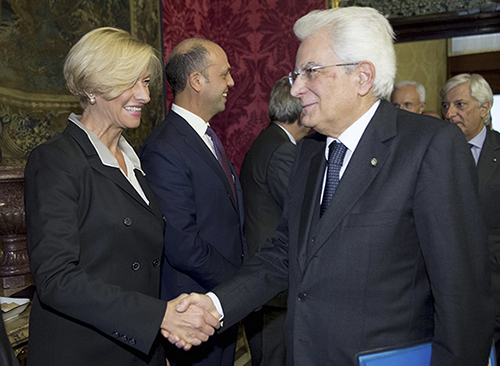 Italy operates within the international community, with all its capabilities, for the pacification and stabilization of Libya and, at the same time, to contribute to the defeat of the terrorist offensive in the various theaters of crisis in which it develops and from which threatens to invest our own country.

Regarding the reform process of the armed forces, illustrated by the defense minister, the council highlighted the importance of the activities that the major states and the general defense secretariat are carrying out through the committees and working groups set up, to translate into concrete technical proposals, to be submitted to the scrutiny of the minister, the principles and general guidelines set forth in White Paper.

In a framework of general qualification and reduction of public expenditure, the rationalization process originated from the White Paper will have to give the maximum impetus to the development of the operational components, human and technical, of the military instrument, carefully finalizing them to contrast the risks and threats that the crisis and conflict scenarios pose to our country and to Europe. Clear choices are needed from a technical and organizational standpoint as well as flexibility and promptness in the regulatory field.

The council shares the White Paper and supports the pursuit of its objectives. The project of reorganization of the armed forces in progress is of great importance and urgency for our country. Its prompt implementation, with the support of the parliament and the government, will be able to guarantee Italy and Europe an essential and effective instrument, in step with the times.