State Police's action against ill-treatment in a welfare facility 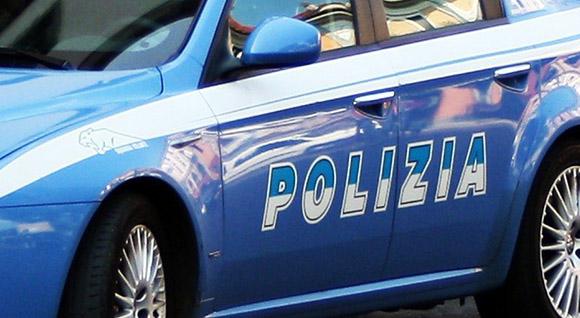 The agents of the Forlì and SCO mobile service teams found in Predappio's social welfare facility a series of ill-treatment actions for the disabled and disabled hosted within the premises of the hospital and running at a ' a precautionary measure application against the director (a priest) and his collaborator, who is held responsible for the offense of ill-treatment in competition with the patients of the structure.

It seems a nightmare that focuses on the fragility and needs expressed by a weakest part of the population who for various reasons is being treated in these structures that sometimes become real places of violence that argues and multiplies the suffering which should instead be raised and cured.

From the investigation, the agents observed how the elderly were immobilized for hours with laces on their wrists, ankles or around their waist either on chairs or on beds, or wherever they were. The nursing home is part of one of the 13 headquarters of the 'Fondazione Opera San Camillo', operating in Italy. The police found that the guests were "systematically subjected to illegal practices of containment, for hours", an illegal method used to "make up for the lack of specialized personnel involved in social and health care". The Polstato men have seized numerous medical records, searched all the premises of the structure and listened to numerous people informed about the facts so as to investigate the course of abuse.
The rooms are in poor sanitary conditions and a new home manager has been appointed, while ASL inspectors must determine whether the facility is suitable for continuing the activity. State Police investigations started almost a year after a report by an employee who resumed some scenes inside the residence because he was opposed to the physical restraint of the sick. Apparently, some of the relatives of the guests would have permission to "contain" the conjugate in case of motor shake, given the jury's justification that the staff is not sufficient to handle all the patients. Filming instead of the Police shows instead that restraint was a practice used on patients in normal conditions.

It remains to be understood what kind and frequency of controls have been exercised by the local ASL on this Residency, read the last verbal drafted during the last inspection to determine how things went in reality. Why is it only now that the living conditions are unsuitable?

Today's story is full of these episodes and what should be remarked, as in some well-known and well-respected health facilities, when family members submit complaints of unarmed physical restraint and ill-treatment, no contrast action is put in place, as well as in this case. It remains to reflect on this condition of abuse on fragile patients is not becoming a symptom of attitudes of intolerance and lack of adequate, effective care given by experienced staff and dedicated to this activity as a profession and mission. Apparently, prevention and repression actions in this area are still not enough to counter this plague that in the meantime has become a business for those who run it. The theme is so wide that it would require a specific discussion that we reserve for dealing adequately.

We recall how the containment is illegal under the art 13 of the Constitution of the Italian Republic. Part I. Title I. Civilian Relations

"Personal freedom is inviolable. No form of detention, inspection or personal search, nor any other restriction of personal freedom, shall be permitted except in the case of a court of law and in the only cases and modes provided for by law. In exceptional cases of necessity and urgency, as indicated by the law, the public security authority may take provisional measures, which must be communicated within 48 hours to the judicial authority and, if this does not validate them for the next forty-eight hours, shall be revoked and remain without effect. Every physical and moral violence is punished on people who are subjected to restrictions of liberty. The law establishes the maximum limits of preventive detention. "

It is therefore clear that the restraint can never be dictated by motivations of a punitive or justified nature in order to compensate for organizational deficiencies because in this case the offenses of kidnapping may be configured (Article 605 C .P.), Private violence (art. 610 C .P.) And ill-treatment (Article 572 C .P.).

Beyond the law there is however to be remembered for all those who profess religious that the Gospel of Matthew 25,31-46 leaves no doubt on the behavior to be taken towards the weakest: every human being who is hungry or thirsty, who has need to be clothed, nurtured, cared for, visited becomes a presence of God in everyday life: "Whenever you have done these things to one of these little brothers of mine, you have done it to me".

The NOE Carabinieri of Naples, during the activities aimed at combating environmental crimes related to the cycle ...
145
Read