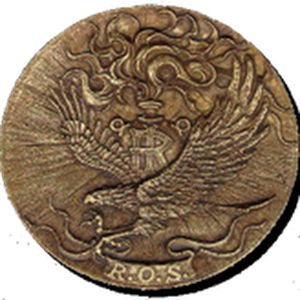 Last night, in the capital, the police of the ROS and the provincial command of Rome, as part of an investigation conducted by the prosecutor's office of the capital's republic, carried out an anti-terrorist operation against jihadist militants affiliated to ISIS .

In particular, following the investigation by the carabinieri, accepting the request formulated by the prosecutor's office of the Rome republic, the judge of the same court issued a precautionary custody order in jail against a forty-one-year-old Macedonian citizen, Maqelara Vulnet alias Brigande Carlito and a 29-year-old Tunisian citizen, Barhoumi Firas, who is charged with the crime of belonging to an association with terrorist purposes, with the aggravating circumstance of the transnationality of the crime.

At the origin of today's operation there is an investigative intuition of the carabinieri of the company Rome Center, on the occasion of the arrest, last November, of Brigande Carlito, operated as part of an ordinary territorial control service. He was wanted on the basis of a provision by the Macedonian judicial authority, for crimes against the person and property committed in that country.

In that circumstance, the carabinieri, in addition to arresting the fugitive, succeeded in identifying and searching the house in which he found refuge. During the search, the attention of the carabinieri was recalled by some handwritten letters containing phrases in Arabic and photographs with indications of an adhesion of Brigande Carlito to Islamist radicalism.

For these reasons, the ROS intervened, a specialized body for the Carabinieri Corps in anti-terrorism investigations.

The investigations of the ROS consisted of analysis of documentary and IT material, telephone and telematic records, stalking and interceptions, provided clear elements from which it emerged that:

- in the days before his arrest, Brigande Carlito was in touch through various chat systems, with Barhoumi Firas, who was already in Iraq at that time, as "Foreign fighter", To fight within the" Daesh "terrorist militias;

- the two suspects had met between the end of the 2014 and the beginning of the 2015, during a period of joint detention in prison, where Barhoumi had undertaken the work of jihadist proselytism towards Brigande Carlito;

- Brigande Carlito, having adhered to the solicitations of Barhoumi Firas was about to leave for Iraq, where he would join ISIS's jihadist militias;

- Barhoumi Firas had volunteered to complete a suicide mission against "the infidels" in Iraq using a car bomb.

A third person was arrested by the Police of the ROS and the Provincial Command, last night, in Rome, as part of the same operation. This is Kurtishi Abdula, a 26-year-old Macedonian, wanted internationally for having escaped from a Macedonian prison where he was serving a sentence of 8 years of imprisonment for robbery.

Kurtishi initially emerged as part of the investigation, due to its close links with Brigande Carlito.

The investigative insights into his account then allowed him to discover that he, after passing through several European countries, had entered Italy in October last year, and in our country made use of false documents and fictitious identities.

Kurtishi he was therefore arrested both for the evasion he carried out in his country, and in flagrante delicto, because he was found in possession of false documents.

On the order of the Rome prosecutor's office, the carabinieri finally carried out further searches against other persons who came into contact with the recipients of the Italian and Macedonian restrictive measures.

During the night, the carabinieri of the ROS and of the Provincial Command of Milan carried out an Ordinance of ...
1098
Read