Home News armed forces Safety The Carabinieri among the winners ...

The Arma dei Carabinieri among the winners of the "Forum PA 2017: 10x10 = one hundred projects to change the PA" 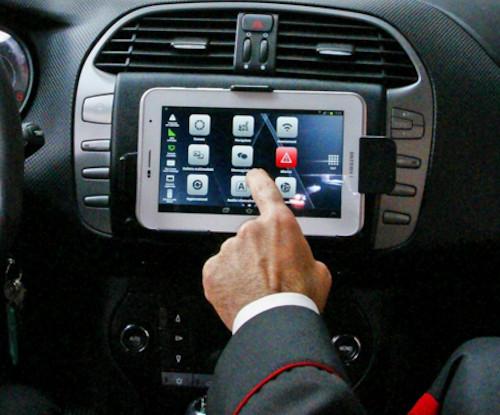 As part of the "10 x 10 = one hundred projects to change the PA" Award promoted by the "Forum PA 2017", the Arma dei Carabinieri was awarded the "mobile services" category with the "Odino" project.

The award ceremony took place in Rome at the Arena of the Convention Center "La Nuvola", where a jury composed of numerous experts in the sector awarded the recognition to the project that revolutionized the way to carry out prevention in the Carabinieri. ODINO has made it possible to considerably increase the area control activity, guaranteeing road operators access, in real time and with a single query, to multiple databases, thus increasing the safety of citizens and staff.

ODINO is a system realized on Tablet, usable both for on-foot services and on cars, characterized by reduced dimensions and easy assembly (it is installed on the dashboard of the cars, hooking it to a simple bracket and does not require wiring). In addition to allowing the immediate availability of databases, the device allows the Operations Center to always know the position of the crews and to share messages, photos and videos with them, in order to always have an exact perception of the facts and guarantee a prompt response to the needs of the community.

The system, whose functions can be easily expanded through the creation of simple "apps", has recently also been enhanced to be integrated with data from external sensors, such as Cameras (fixed / mobile / "On body"), readers of documents (electronic or paper) and weapons.

ODINO will be used to increase the operational capabilities of the Carabinieri Corps also on the occasion of the "G7" scheduled in Taormina.

Today, in Turin, in the headquarters of the Royal Palace, the Deputy Chief of Staff of Defense, general of the army corps ...
119
Read