Inauguration of the museum of environmental crime at the Rome Biopark 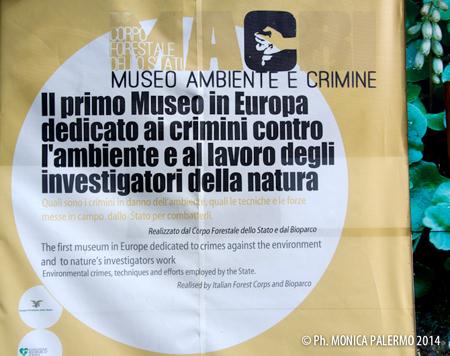 Yesterday was inaugurated the first Museum of Environmental Crime (MACRI) created by the State Forestry Corps and the Biopark.

Cutting the ribbon were the head of the State Forestry Corps, Cesare Patrone, the president of the Rome Biopark Foundation, Federico Coccìa, the minister of agricultural food and forestry policies, Maurizio Martina, and the president of the environment committee of Rome Capitale, Athos De Luca. Also present at the inauguration was Renato Grimaldi, Director General for the Protection of Nature and the Sea of ​​the Ministry of the Environment. The museum, the only one of its kind in Europe, aims to raise awareness among the general public about crimes that often disfigure the heritage environmental. Suffice it to say that, during the first six months of the 2013, the State Forestry Corps in its multiple areas of intervention has ascertained 5.095 environmental crimes and 13.970 administrative offenses. The structure is divided into seven sections: fires, pollution and waste, poaching , illegal cutting, CITES (Convention on International Trade in Endangered Species), animal maltreatment and investigative techniques.

Visitors can thus learn more about the gravity of phenomena such as the illegal trade in endangered wildlife and fauna through findings from the countless judicial police operations carried out by CITES staff of the State Forestry Corps in the last twenty years. images, and settings. 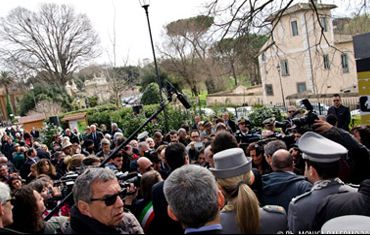 These activities, which are often associated with organized crime, highlight the tools available to the State to combat similar forms of illegality. Macri is spread over about 400 square meters in which numerous environmental contexts have been recreated representing criminal phenomena. and the damages produced on the environment. The visitor is welcomed by a short film in which the ethologist Danilo Mainardi intervenes on the themes of the Museum. The course is accompanied by several panels in two languages ​​that offer a clear explanation for each topic, enriched by data and curiosity. The initiative was supported by AgustaWestland which also provided an AW109AII helicopter on temporary exhibition at the Biopark of Rome. the livery currently used by the Forestry Corps for environmental investigations. The National Reference Center for Forensic Veterinary Medicine of the Experimental Zooprofilattico Institute of Lazio and Tuscany has instead created the "crime scene", a showcase in the what are the tasks of the forensic veterinary surgeon, the biologist, the geneticist and the chemist, who are able to trace the culprit of the possible crime through specific laboratory investigations on the animal and on the finds found at the crime scene.