The RIS of Cagliari elaborate the DNA of Gabriele d'Annunzio 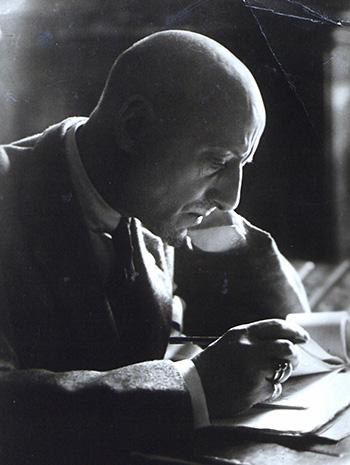 Extensive is the tradition of studies conducted on the analysis of ancient DNA from bone remains of important figures of the past, with the aim of unveiling the mysteries that often surround them.

For the first time, a research conducted on biological traces of almost a century ago - elaborated by the Carabinieri Scientific Investigation Department of Cagliari in collaboration with the Il Vittoriale of the Italians of Gardone Riviera - has produced a significant result in the international scientific panorama. great historical and cultural value.

The work of RIS - through methods commonly used in forensic genetics - began with the analysis of biological traces found on the surface of some personal belongings belonging to the Vate: a white handkerchief kept in the General Archive security box together with the letters that Countess Olga Levi Brunner wrote to Gabriele d'Annunzio, her lover, and one from ivory toothbrush and natural bristle preserved at the Prioria, the poet's house-museum.

The findings were subjected to more in-depth examinations that revealed the presence of biological traces, later taken from the RIS and compared with the DNA extracted from the salivary swab of a male descendant of Gabriele d'Annunzio, Federico d'Annunzio. The results of the investigations showed that only the organic residues found on the handkerchief are of male origin, probably coming from the seminal fluid. A genotypic male profile complete with 16 DNA markers was extracted from the same traces. Thanks to the transmission of the Y chromosome almost unchanged through the generations, the comparison between the biological findings analyzed and the salivary buffer of D'Annunzio's great-grandchild confirmed the belonging to the Poet of the traces found on the handkerchief. 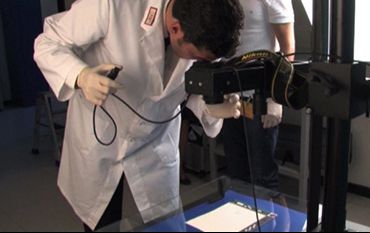 The historical value of these investigations is highlighted by the words of the President of the Vittoriale Giordano Bruno Guerri "Il Vittoriale had already had an extraordinary collaboration from the RIS of Cagliari when, a few years ago, with their machines they managed to read otherwise illegible corrections: a technique that has revolutionized the possibilities of philological studies. Today we have this other demonstration of their extraordinary scientific capacity, which will be invaluable for the criminal investigation departments, and for historians, all over the world. To those who ask me if this discovery has any use for the Vittoriale, I reply that our statutory purpose is "to preserve and enhance the figure and the work of Gabriele d'Annunzio". We have done it - in the last six years - taking visitors from 140.000 to 190.000, closing their balance sheets, acquiring documents and memorabilia, opening three new museums and helping to change D'Annunzio's image from that of decadent protofascist to that of modernizing libertarian. We did it now, staring at his DNA. Nobody wants to clone d'Annunzio, but no one can know what the evolution of science and society will be: it is good that that DNA has been detected ".

The scientific importance of these studies is identified in the precision and in the vanguard of the tools available to RIS that have been able to synthesize and analyze - for the first time - biological traces dating back to the last century. A brilliant technical-scientific result resulting from the high professionalism and analytical skills offered by the technical-scientific structure of the Arma dei Carabinieri. 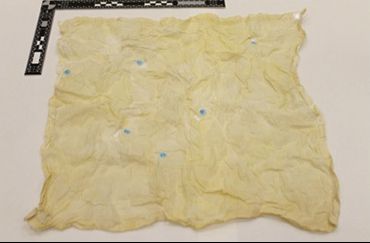 The technical-scientific interest involved testing the analytical methods, commonly used by the RIS-Carabinieri of Cagliari, on an almost centenary find, bearing only non-evident biological traces and not subject to particular conditions of conservation. The handkerchief, historically attributable to Gabriele D'Annunzio, presented these characteristics, at least in theory, it was also possible, if you could type the Y chromosome, compare it with the one extracted from a patrilineal descendant: Federico D'Annunzio great-grandson of the poet . In other words it meant solving a "cold case" for a "crime" dated a century ago. The results obtained allow us to state that the case is solved; the validity, the importance and the rigor of the techniques used will be verified by the international scientific community to which they will be submitted by sending scientific communication to the most rigorous newspapers in the sector.

to. The handkerchief in the exhibit at visual inspection did not exhibit evident biological traces. 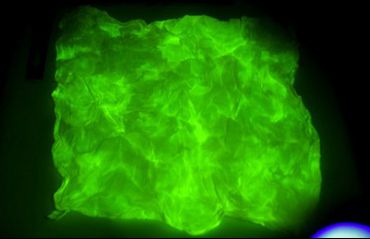 b. The search for latent biological traces (not visible to the naked eye) by means of the Crimescope CS-16 lamp, allowed to detect several luminescences, six of which, more intense, were taken (1-2 cm2 dimension) and started for biomolecular investigations (withdrawals F1 ÷ F6). Targeted and dimensionally reduced withdrawals were made in order to preserve the finding as much as possible.

c. At the same time, a sampling was carried out on the bristles in the toothbrush, while the comb was not considered useful for the analysis.

d. From the six samples taken on the handkerchief in the exhibit, DNA was extracted attributable to an individual male, while for the bristles of the toothbrush the result was negative. The amount of DNA extracted from the six samples is variable, going from about 16 pgr / μl (minimum value below the last standard) to about 420 pgr / μl.

is. The subsequent typing of the extracted DNA allowed to extrapolate a complete (full-profile) genotypic profile of 16 markers on 16 under examination from the F4 sampling, while the remaining samples were obtained partial profiles (however compatible with the complete profile). ) and not interpretable.

f. The analysis of STR markers located on the Y (Y-STR) chromosome, allowed to extrapolate a haplotypical profile of 16 STR markers on 17 under investigation from the F4 sampling. Only one marker (DYS392) has not been characterized probably due to phenomena to be attributed to the degradation of the genetic material.

g. Both types of analysis (STR and Y-STR) performed on the F4 levy were replicated confirming the acquired results, according to the scientific literature.

h. The analyzes were carried out:

- Typing the DNA with kits with greater sensitivity of analysis (Identifiler-Plus);

the. The comparison of the haplotypic profile (Y-STR) extrapolated from the F4 trace on the handkerchief with the haplotype obtained from a comparison sample (salivary buffer) related to a male line descendant of Gabriele D'Annunzio (Federico d'Annunzio is nephew of Veniero d'Annunzio, third son of Gabriele The poet was therefore the great-grandfather of this person-information acquired directly from the Vittoriale), he gave a positive result confirming the hypothesis of DNA identification attributable to "Vate": the 16 Y-STR markers obtained from the F4 withdrawal are the same as the comparison. Remember that the Y chromosome is transmitted unaltered (except mutational events) from the father to the male children, so it remains practically the same in the generations (patrilinear transmission).

j. A genotypical and haplotypic profile useful for comparisons has been extrapolated from latent micro-traces (not visible to the naked eye) present on a relic of the Great War years (information acquired directly from the President Giordano Bruno Guerri) and, therefore, about 96 years.

k. This technical-scientific result, beyond the importance connected to the historical figure of excellence of the Vate, is an indication of the potential and reliability of the procedures, laboratories and professional qualification that, today, the Arma can boast in the sector biomolecular forensic investigations for personal identification purposes. 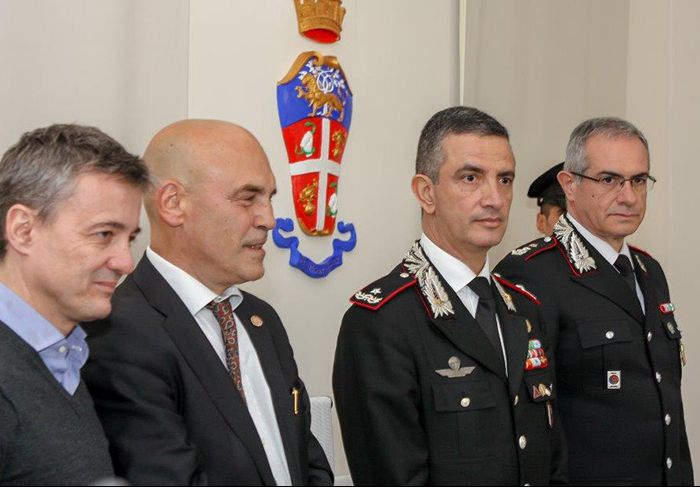