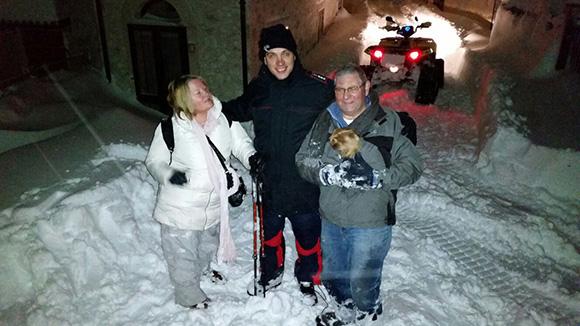 Last night the carabinieri of the tenancy of Norcia rescued two elderly English spouses, who were completely isolated inside their home in the hamlet of Pescia.

The town of Norcia, already severely tested by the seismic shocks of the 24 August and the 26 and 30 October 2016, in recent days has been enveloped by a dense and prolonged snowfall, which in some villages has assumed the dimensions of a real storm, completely covering some areas with snow columns even more than three meters high.

This is what happened to the hamlet of Pescia, located at an altitude of about 1100 meters. A small town that can only be reached via a small road that climbs along the side of Monte Pizzuto; a small road already devastated by the earthquake that had made it impassable and that within a few hours was covered with about two meters of snow. The result was that the only two people who still lived in the hamlet, two spouses of English nationality, remained isolated and locked inside their home.

The request for help was taken late yesterday afternoon, 18 January, when once again the earth returned to tremble with tremendous vehemence and after that Pescia was also without electricity. The Norcia carabinieri - after carrying out an initial inspection to understand the feasibility of the rescue operation - decided to use two special vehicles supplied with the weapon: a snowmobile and a snowmobile.

The operations were also attended by two volunteers from the National Alpine and Speleological Rescue Corps of Umbria, who decided to address both the avalanche danger and the possible collapse of the underlying road surface, already severely damaged by earthquakes in recent months. Thanks to the special vehicles equipped to face extreme emergency situations, the carabinieri - after more than four hours spent fighting the ongoing storm and the fresh snow columns - reached the center of the small hamlet on the border between Umbria and Lazio, bringing to safety the two elderly spouses who were found stranded at home, scared but in good general condition. The two were then transported to the collective containers installed in Norcia, where they could spend the night warm and finally safe.

But difficulties were not lacking. Not only the avalanche danger, always lurking given the succession of seismic shocks; in some places, in fact, due to some small avalanches, the snow also reached 4 meters in height and the rescuers had to shovel the snow - by hand - in order to allow the passage of the vehicles and the success of the operation. In other stretches, on the other hand, due to the poor condition of the road surface, the snow hid deep holes, in which vehicles and soldiers repeatedly got bogged down.

The work that the Arma dei Carabinieri in Norcia, as well as in the entire Valnerina, is incessant, lends seamlessly, in order to guarantee not only the prevention and repression of crimes but also the aid to all the populations affected by the tragic events of recent months. Even the smallest and most isolated fractions and centers are constantly monitored, giving each individual citizen the possibility of obtaining help and assistance in any circumstances and whatever the climatic and / or geomorphological conditions. 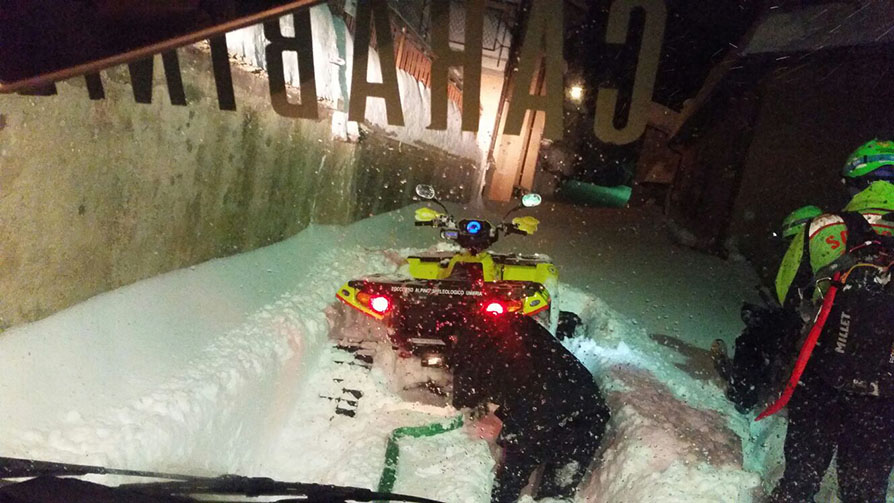