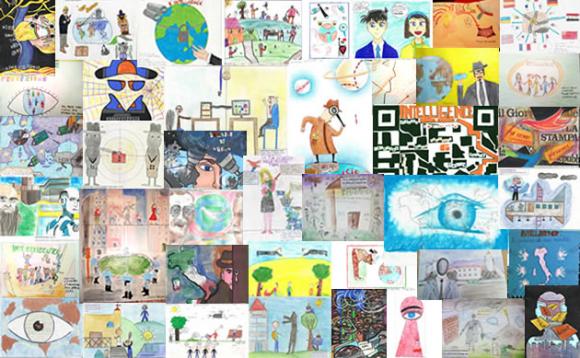 There is the drawing that depicts the 007 as guardian angels holding a rescue sheet. And there is what imagines intelligence like two big arms that give protection and shelter to so many guys who are clinging to you.

They are some of the finalist works in the 'Draw Intelligence' competition, organized by the DIS - as part of the initiatives to promote safety culture - which were attended by primary and secondary schools throughout Italy. From Sermide to Partinico, passing through Torre del Greco, 57 are the very young students 'enrolled' by the intelligence division for the award ceremony of the three elementary and middle school winners.

To deliver the award plaque today to the kids - who became little secret agents for a day - was the general director of the DIS, Giampiero Massolo.

In the works of the boys it emerged that in the youth imagination intelligence generates a sense of protection comparable to the family environment, but also of extreme courage. A widespread perception flows in the stretch of wax and color: the old image of secret agents seen as 'black' people acting in the shadows has given way to a new idea of ​​transparency and trust. 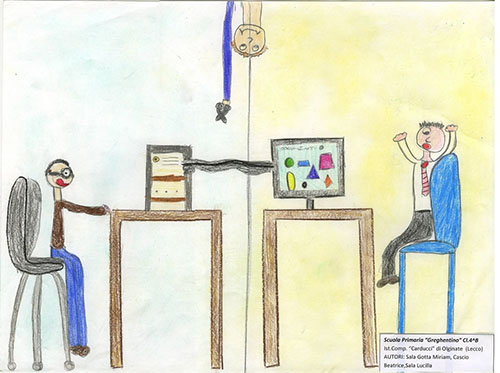 "I was very impressed by the drawings - said Ambassador Massolo - that demonstrate a great maturity: it is extraordinary how the boys have interpreted the message of what is now intelligence, spontaneously and directly outlining our main role which is to protect citizens from 'bad guys'. The vivid and colorful images with which they have portrayed us, the bright hues of which have enriched the classic 007 raincoat are the most significant feature of the intelligence born of the reform ».

"Doing security is a common undertaking, we do it all together" and "everyone's collaboration is necessary, in the knowledge that security is a shared system of which we are all a part," remarked the Director General of the DIS. With this initiative «we have tried to make ourselves better known. We - added Massolo, addressing the young winners of the competition - we also benefit from your enthusiasm, your knowing how to look away, your knowing how to express what you feel in such an immediate form ».

"Security - explained the general manager - are families, our children, workplaces and the streets where we live. No distraction - he assures - compared to the great threats we face every day, but in the construction of a participatory network of prevention and security, it seemed to us a further opportunity for growth to be able to dedicate a particular and constructive moment to the younger citizens, who spoke of safety in classrooms and with their drawings have shown the desire to learn more about our institution and its mission in defense of democracy ». 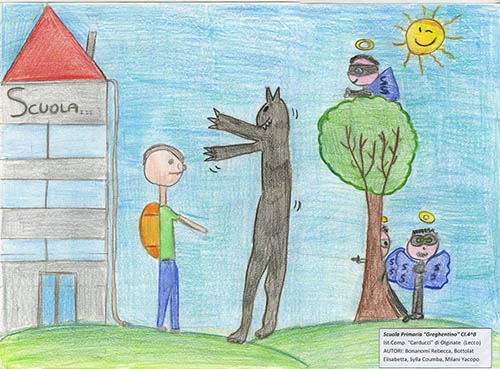 The project, realized in collaboration with the Miur, tells the intelligence in color. To evaluate the drawings was a commission of 'agents' chaired by Maestro Giuseppe Gallo who in his speech underlined how art continues to represent a fundamental value for the education and growth of new generations. The young artists then took part, with a series of questions on the universe of 007, in a lesson on intelligence by Paolo Scotto di Castelbianco, director of the Training School, emphasizing that «The challenge is not to jump from a roof to the 'else with a rifle in his hand, as seen in the films, but' intus legere ', read inside reality, as suggested by the word intelligence ».

The 'bad wolves' of today, explained the head of institutional communication - present themselves "in different forms compared to the villains of fairy tales: they are extremism, terrorism that spreads insecurity and terror, violence, organized crime, bad wolf it is someone who uses IT tools to attack our lives or companies ». For this reason, intelligence professionals are called to "always be present where there is a threat". 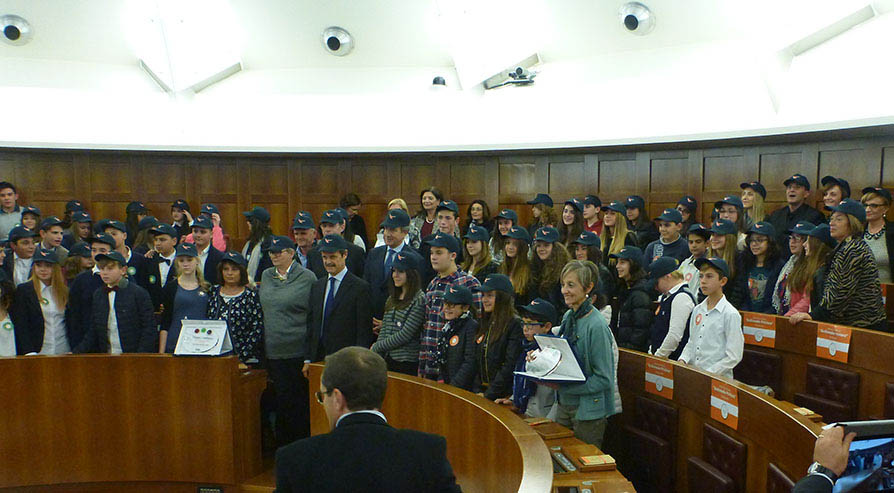 (in the photo the director of the Services, Ambassador Giampiero Massolo, in the midst of the finalists / in the video the intelligence explains himself ne: We tell you what the "secret services" do)