Defend yourself from illusion 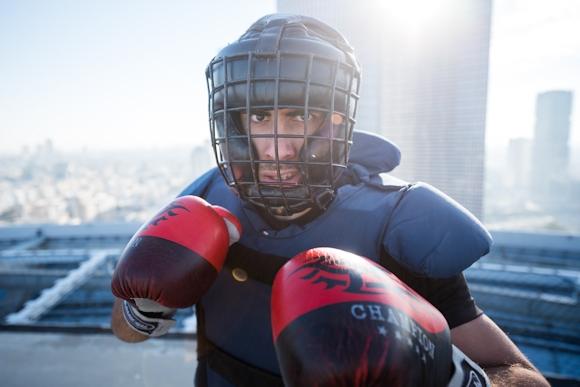 In recent months, the word "terrorism" appears less and less in the headlines, if not for some arrests made by our police forces against the usual suspected jihadists of the "next door". A negligence that is not good for us, but that facilitates the work of organizations that, not being in the spotlight, can act more serenely preparing the future shots.

Although the terrorists have gone to occupy the second rows of the show, the first row is still occupied by the Salvinian mantra of legitimate defense and security of citizens. This is a legitimate and just concern for those who hold the position of Minister of the Interior, even if we have already mentioned our uncertainties about certain things. But what has aroused our attention is how several Italian municipalities have equipped themselves autonomously to organize free self-defense courses to instruct citizens to defend themselves against possible attacks. Indeed, more than the Islamists or the mafia, the one that worries the most is the petty crime that spreads in our cities which offers customary scenarios of domestic violence, attempts to steal in front of the house, muggings, rapes and assaults for futile reasons. The initiative presented by the various local administrations is therefore very positive, although the world of those involved in these courses is fraught with dangers, similarly to those that an unfortunate person may encounter on his way.

Arts and non-martial arts: instructions for use

In the vast panorama of personal defense, krav maga is certainly the most practiced discipline by those who want to learn to defend themselves. Krav maga - or close combat - is not a martial art in the traditional sense, as can be karate or judo; in fact, it is a set of very effective techniques elaborated by the Israelis in the Fifties in the person of Imi Lichtenfeld, official of the IDF. This jumble of moves rests its foundations on different noble martial arts, but the teaching method is aimed at speeding up their learning so as to make them operational in the shortest possible time. Obviously the instructors who teach in the various Italian gyms offer a sweetened version of the military krav maga practiced in the schools of the IDF and fortunately there are few imprudent ones that explain the true lethality. 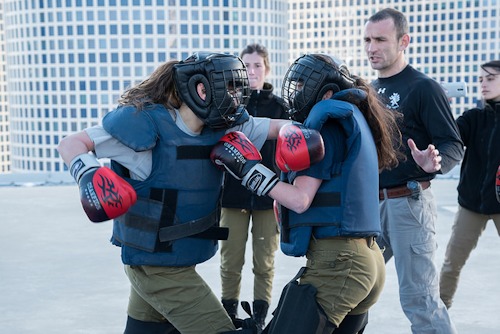 From a practical point of view, Israeli art develops an educational path in which students experience various situations of danger or threat (for example, taken around their necks or shoulders) so as to provide a quick response that distracts the aggressor in the continuation of his intentions. . So much training and obsessive repetition of these rules should - theoretically - endow the student with a sort of automatism that would lead him to execute them even in case of physical tension; nevertheless, the most honest and prepared trainers warn from the beginning that reality is different from the gym.

An act of violence, suffered suddenly, causes a stress factor in front of which to foresee a logical and orderly reaction becomes very difficult, unless one is a trained military. At the basis of a good teaching, therefore, there is honesty and frankness of the instructor who must immediately make it clear to bystanders that he will not turn them into war machines, but rather he will simply educate them to limit the physical damage (for the moral ones, alas, there are no instinctive remedies). Movie scenes, with the good Jason Statham who breaks down a group of bad guys with their bare hands, remain a Hollywood fiction, because street fighting is something else.

At the center of all this interest are the phantom "disarmament techniques" that appeals to action movie fans, they are often used to enchant the public, but in reality they are a useless and dangerous theater. If we scroll the videos on YouTube we observe with amazement how these techniques are effectively propagandated with ease and act as a skylight to attract unwary students. Sedicent instructors who remove from the hands of alleged violent knives, pistols and clubs with an embarrassing simplicity have, in practice, the same value of the set in which the already mentioned Statham operates. In the gym everything seems very easy: if you make a mistake you give a pat on the back and maybe even smile, but if you are approached by a man armed with a knife or gun, the best advice you can give is to meet his requests and bring the skin home. Attention, protecting your life does not correspond to sacrifice yourself to experience if what you learned in the gym is really useful! 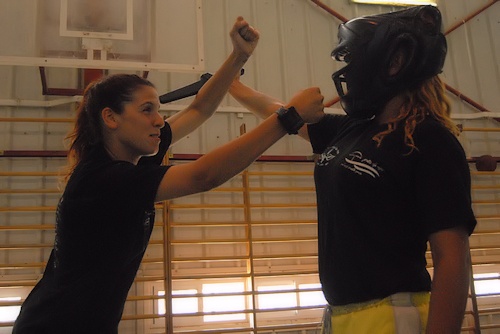 In the more serious krav maga schools, all this is explained from the first lessons, along with a legal notice on what are the prescriptions on self-defense. Secondly, a healthy environment in which to perform this discipline, should be purged by pseudo-military or militarism, but above all by ridiculous customs that normally regulate life among real soldiers. The seriousness of certain schools and their teachers is then proven by the fact that some (few would say) provide a know-how relevant to institutions such as the Municipal Police, Law Enforcement and in rare cases even the Army.

From the bare hands we then move on to the use of an instrument of which we hear a lot of talk today, the stinging spray. Without going into details about its effectiveness, it is known that there are several courses dedicated to the correct use of this small tool banish fagots. Formation involving above all women, considered the weakest and most suitable subjects to bring the essence to the pepper in the bag. Although the preparation is different, the same rules apply as krav maga or there is no guarantee on the real effectiveness of what has been learned: every situation is, in fact, different and the reaction is unpredictable.

The initiative of the municipalities

These days the Ligurian newspaper "Il Secolo XIX" has published the news that the city of Genoa will inaugurate a series of self-defense courses aimed especially at women. The initiative, strongly desired by a municipal council League and by the councilor Stefano Garassino, takes its cue from a similar experimentation successfully launched in the city of Milan, but not only. From the most important municipalities, up to the smaller ones, the initiatives in this sense have multiplied visibly: certainly an excellent deal for gyms and an excellent image return for the organizing bodies. Those who think badly are always there, that is to say the usual argument about the inappropriate delegation that the State - or the local administrations - does in terms of security. I would say that in this case we can not speak of renunciation or weakness on the part of the institutions, rather of an opportunity offered to those who, in the complete illusion that it can work, sign up for these short courses.

Self-defense, martial arts, and the use of weapons are not an issue that can be resolved within two or three evenings, because their wrong and superficial interpretation can cause serious danger to those who use it. Well understood, such initiatives are commendable, provided they are presented in a coherent way with reality. Attending a demonstration or attending a short course of some evening, does not prepare to face an aggression, but becoming aware of the fact that there is a danger is already a good step forward.

It is the same thing that applies to terrorism, the awareness that this exists and that can affect us at any moment is in itself an effective weapon to defend ourselves and protect our will.