Commemoration of Nicola Calipari to the police headquarters in Rome 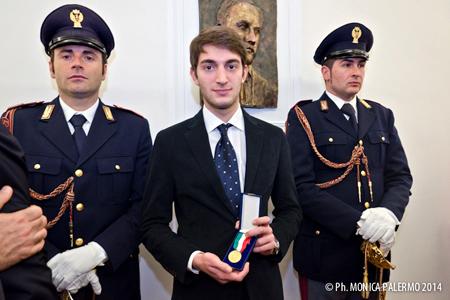 Nine years have passed since Nicola Calipari lost his life in Iraq in favor of journalist Giuliana Sgrena. For his heroic gesture he was awarded a gold medal for military valor in memory of the President of the Republic Carlo Azeglio Ciampi.

Alberto Intini, former head of the mobile team in Rome and current head of Latin, in one of his writings, likes to remember Calipari as a purebred policeman, a fine manager, a serious professional, an intelligent man and a beautiful human figure.

Today, in the memory of this great man and policeman, in the police headquarters in Rome, a plaque and a low relief were inaugurated, positioned in the middle of the long corridor on the first floor. The work is a bronze sculpture that portrays Nicola Calipari and was created by the sculptor Ennio Di Francesco. First hidden by the tricolor was then discovered by the chief of police, Alessandro Pansa, and by the police chief of Rome, Massimo Maria Mazza. 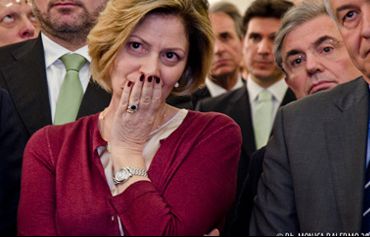 His wife, Rosa Maria, recalled how important they are for her and her children, Silvia and Filippo, institutions and respect for them.

A medal for merit of service, was then recognized to Nicola Calipari, and delivered to his son Filippo by the police chief.

Nicola Calipari, an official of the State Police and servant of the State, began his career in the 1979 at the police headquarters in Genoa, first as a Mobile Squad officer and then as a manager of the Flying Squad.

In the 2002, after twenty years of service in the police, he entered the Sismi, Service for information and military security.

In one of his mediation interventions he lost his life. 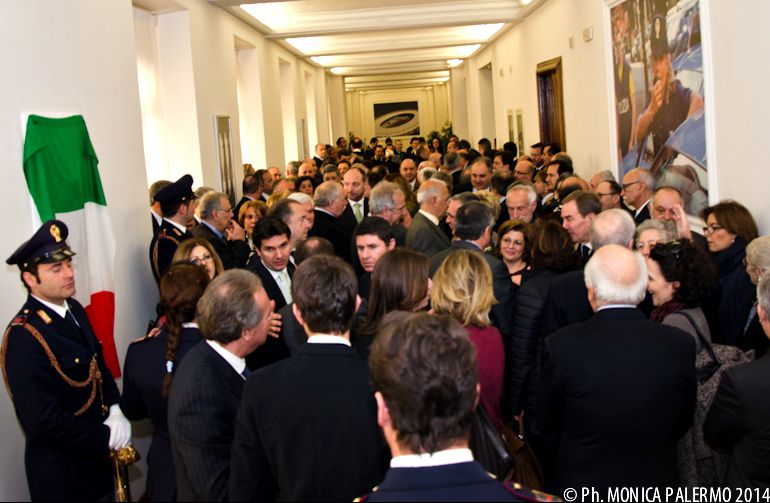