Carabinieri: change at the summit of ROS 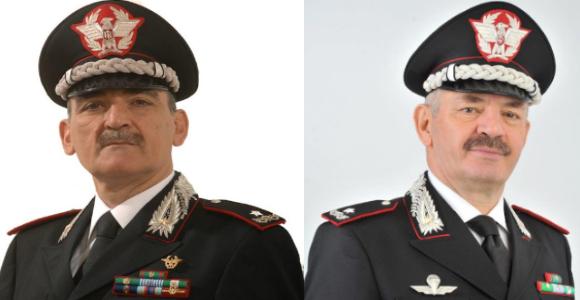 Brigadier General Giuseppe Governale, after two years, leaves the command of the Special Operations Group (ROS), Anti-Crime Structure of the Arma. Under his leadership, ROS was the protagonist of very important investigations in the various areas of intervention, from the contrast to the phenomenon of corruption to that of organized crime, the fight against terrorism of the confessional matrix to that of the internal eversion.

To the General Governale, appointed director of the Antimafia Investigation Directorate (DIA), the Brigadier General Pasquale Angelosanto (in the picture, on the right), from the position of Head of the III Department of the General Command, covered by the 2015.

Born in 1959 at S. Elia Fiumerapido, in the province of Frosinone, General Angelosanto, after having attended the Military Academy in Modena and Officers Carabinieri School of Rome, has held numerous roles in the ROS and departments in the area, in areas characterized by mafiosi phenomena. He was, among other things, the provincial commander of Reggio Calabria, deputy commander of ROS and commander of Grouping Carabinieri Scientific Investigations.