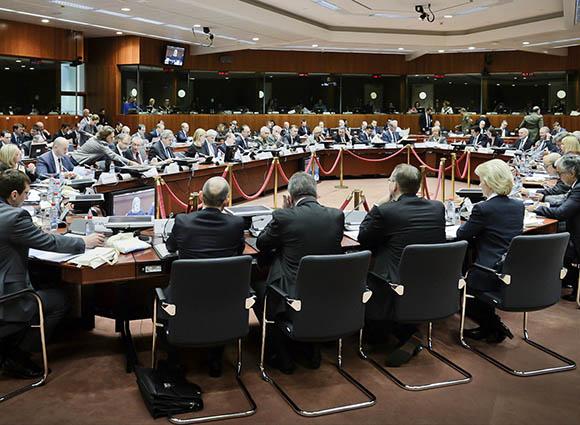 "To defeat terrorism it is necessary to reason with clarity on all the instruments to be put in place. But it is certain that if we put them together, these instruments will be stronger ”.

At the center of the discussion, the request by French President Hollande to activate the collective defense clause envisaged by the Lisbon Treaty.

France's request to apply a solidarity clause - the minister commented on the matter - it is an important recognition for the role of Europe.

About us - he added - we all feel united with France, because we think that the attack on Paris was an attack on the heart of Europe. Our children feel they are citizens of Europe and what happened in Paris is felt by them as if it had happened in their capital.

Italy has assured France of maximum availability with respect to the collaboration of our countrythe minister explained that he added about the Italian commitment in the fight against terrorism: on a military level, Italy is already doing a lot because we are among the first Contingents in Iraq to fight ISIS but it is also available to give other forms of support. No intervention in Syria, but the intervention in Iraq is not excluded: while the numbers envisaged for our mission by the previous decree were around the 500 people - the minister said - the decree that is currently being debated in Parliament provides for 750.

It's clear - he specified - that the fight against terrorism is not only played with the military instrument. There is the theme of propaganda on the web, that of funding, that of investigations and intelligence. So I believe that there are many possibilities to collaborate more.

Friday - has continued - there is an important meeting of interior ministers and that will be a new installment where some of the things that can serve will be fine-tuned.

We know - he concluded - that the fight against terrorism will take a long time and therefore we must work very carefully, focusing on the necessary tools and coordinating all the interventions. However, I believe that the strongest message this morning was the availability of all 28 Countries to give bilateral support on the basis of what will be the needs. 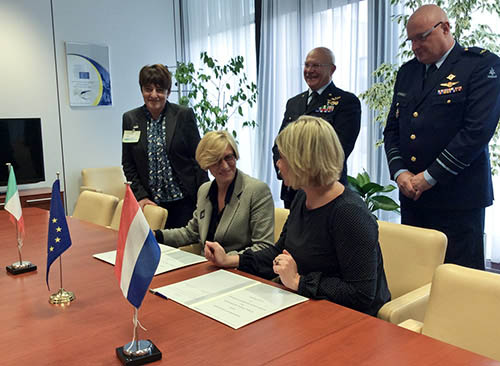 In his speech before the EWC, the minister stated that Italy supports the collaboration between the European Union and NATO, and recalled the national commitment in the field of training the security forces of countries characterized by crisis: Security forces to which, after training, it is necessary to provide the right equipment.

Speaking to the Steering Committee of the EDA, the minister explained that it is essential, to guarantee Europe's strategic autonomy, to work for the defense industry to be autonomous.

It is also important to continue in the field of dual research, for which a strong collaboration between EDA and the EU Commission is desirable.

On the sidelines, the signature, with the Dutch counterpart, Jeanine Hennis-Plasschaert, of the Memorandum of Understanding for the cooperation between the Air Force and the Royal Netherlands Air Force (RNAF) and a brief meeting with the Irish Defense Minister, Simon Coveney.