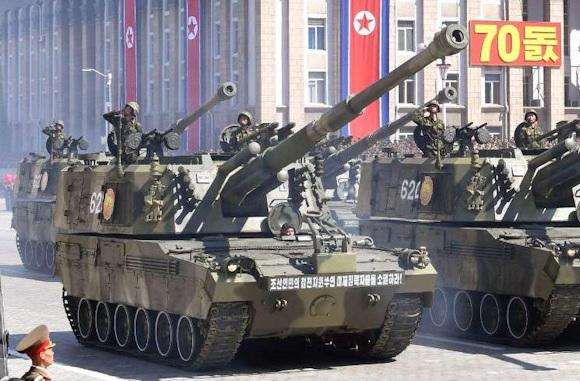 North Korea is known to be one of the poorest and most isolated countries in the world. At the same time it is endowed with one of the most numerous and aggressive military instruments, very often the subject of international attention due to the ever-present risk of a new large-scale conflict on the Korean peninsula.

To tell the truth, in recent years, the attention of most experts and commentators has focused mainly on the nuclear program and on the development of ballistic missiles, almost completely omitting the conventional one, despite the fact that for decades the "Hermit Kingdom" has developed a military-industrial complex among the most complex in the world, which by now fully meets the internal demand for low and medium technological systems and which has recently begun to make bold "incursions" also in the field of " high technologies ". One of the sectors in which North Korea has managed to make "giant steps" is the artillery sector, which has long been elected by Pyongyang's strategists to "queen of the battlefields". The particular conformation of the Korean peninsula, in fact, is difficult to reconcile with the traditional tactics of the war of movement and breakthrough adopted by both the "western" and "eastern" armies.

The tormented orography of the land and the abundance of "forced passages" means that any attacking army, whether along the north-south or south-north direction must necessarily have the capacity to release an imposing "volume of fire" for being able to "soften" the opposing defenses in anticipation of the main attack launched by armored vehicles and infantry forces.

Among mortars, field artillery pieces, howitzers, dual-use anti-aircraft guns, single-tube rocket launchers and poly-tubes, and more, put more, Pyongyang deploys the largest artillery force in the world, with dozens of of thousands of guns of all calibers. Furthermore, the fact of having such a high number of cannons and rocket launchers, moreover belonging to different types, gives the North Korean artillery body considerable flexibility and a wide choice regarding the way in which missions are performed from time to time. once assigned. The latest addition in this sense was the introduction of a new and mysterious self-propelled gun with 152mm which, in the absence of an official nomenclature, was renamed by Western analysts "M-2018". 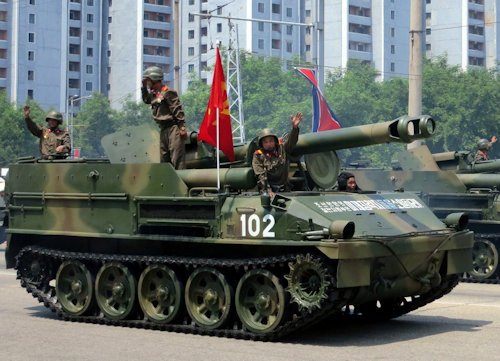 As for the “traditional” North Korean vehicles, the practice adopted for a long time by the industries of the “Eremita Kingdom”, starting from the 70 years up to now, involved the installation of pieces from 100mm, 122mm, 130mm and 152mm of the disparate variations on the hull of the T-55 or the Ch'ŏnma-ho (the latter is a tank developed in North Korea as an evolution of the T-62). Fundamental characteristics of these vehicles are the almost absence of armor and an "open turret" configuration with a simple "anti-splinter shield" as the sole protection of the servants. The M-2018 differs decidedly from this "tradition" by adopting a "closed turret" configuration; moreover, the imposing dimensions of the vehicle suggest the presence of a highly respectable armor, comparable with those adopted in the main self-propelled producing countries. Simultaneously, the same lines of the overall design do not suggest similarities with any self-propelled of Soviet / Russian production.

Some analysts have suggested a "Chinese" origin of the medium, given also a certain aesthetic similarity vaguely attributable to the PZL-45 and the PZL-52, but a detailed look at the mechanics of the medium leads to rejecting this hypothesis as well, since the hull of the 'M-2018 is certainly an evolution of that of the Soviet T-72 tank that the Chinese have never had in endowment nor have they ever taken as a model (while the North Koreans have had the opportunity to study a small lot in the early years' 90 drawing useful lessons).

In light of the above, it is possible to hypothesize another explanation: namely, that the M-2018 is actually the "son" of a self-propelled developed and designed by another important strategic partner of North Korea, the Republic Islamic of Iran.

Not everyone knows that the "Eramite Kingdom" and the "Republic of the Ayatollahs" have established a fruitful collaboration since the 80 years of the last century, when Tehran, entangled in an endless war with Saddam Hussein's Iraq, found himself desperately looking for reliable arms suppliers while Pyongyang, already then hungry for hard currency, was frantically looking for new markets for its military products. 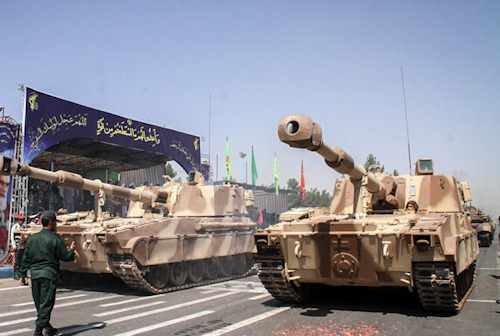 The North Koreans, however, did not limit themselves to selling armaments but also transferred crucial technological skills so as to guarantee the nascent Iranian defense industry to make the much hoped-for "great leap forward" towards internal self-sufficiency and production for foreign markets.

One of the most interesting creations of the Iranian defense industries was, starting with the 1997, the Raad-2, powerful self-propelled characterized by an 155mm gun and a turret that has similarities with that of the M-109A1, widely used by the Iranian armed forces, placed on the hull of the armored vehicle "Boragh", in turn greatly inspired by the Soviet BMP- 1 and the Chinese Type-86 (WZ-501) with technical elements also borrowed from the hull of the T-72 wagon and the BMP-2 infantry fighting vehicle, both in turn produced under license from Iran. Although until now it has not been exported or used in war, there is little doubt that the Raad-2 is a fearsome weapon. But to what extent do the Raad-2 and the M-2018 resemble each other? Having no access neither to the technical data nor to the vehicles as such, the author of the present analysis has however noticed through the photographs the following similarities between the two self-propelled vehicles:

- both have a round cap on the front of the hull;

- both have rubber "skids" on the tracks to facilitate driving on the road;

- both have a "rolling train" consisting of six wheels clearly inspired by that of the T-72 battle tank;

- both have rubber "protective skirts" on the sides of the hull;

- both have a tower with an angular rather than a square structure;

- both vehicles have side doors on the towers that open to the left.

Obviously, these "appearance" considerations are not enough on their own to state that the two media are really related, also considering the fact that, alongside the aforementioned similarities, the two media also present some critical differences:

- the gun block of the M-2018 is located at the end of the hull while on the Raad-2 it is positioned in the rear position, near the driver's hatch;

-The M-2018 is equipped with a whole series of countermeasures and weapons for direct defense (two groups of smoke throwers located at the sides of the tower, a "remote control" station equipped with a pair of co-axial launchers AGS- 17, a pair of MANPADS integrated into the turret to protect the vehicle from low-level air attacks) that are totally absent on the Raad-2.

In any case, whether the M-2018 is the result of a totally self-sufficient program, or whether its creators have drawn from the experience of the Iranian Raad-2, what is necessary to note is that North Korea has now acquired the technical capabilities to produce an advanced technological grade self-propelled in line with the best world standards and that, beyond the nuclear and missile threat, even the conventional military instrument of Pyongyang is being rapidly updated in order to leave unchanged, as far as possible, the balance of forces existing in the ever-unstable area of ​​the Korean peninsula.

Pecunia non olet says the famous Latin brocardo, sometimes quoted out of turn but truthfully. And it's a question ...
5346
Read

According to Treccani, in Ancient Rome, a veteran was a soldier who, after having fought for a certain number of ...
9169
Read

They had already announced it in the bilateral meeting in Naples last February. On that occasion the president ...
16843
Read

For two consecutive days, last February, China sent its strategic bombers over the Straits of ...
4202
Read

History teaches us that maritime routes are fundamental for the economy and, starting from the XNUMXth century, indispensable ...
5522
Read