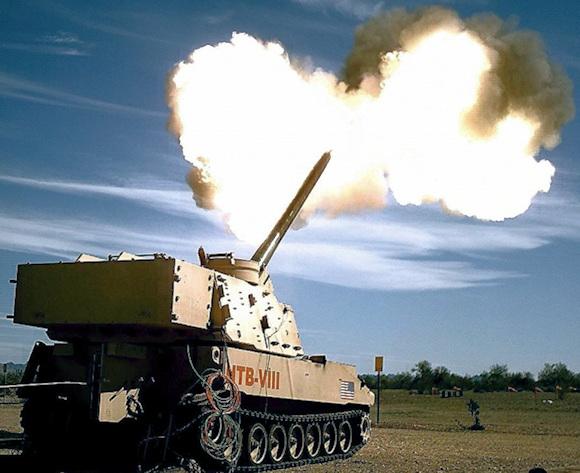 Napoleon Bonaparte argued that great battles are won with artillery.

In modern warfare, artillery has marked a marked development in fighting. With the First World War, the widespread use of howitzers and bombards allowed the armies to greatly extend their destructive capabilities, well beyond the front line of combat.

From the end of the Second World War to the end of the Cold War, guns / howitzers and self-propelled howitzers acquired an essential importance in war scenarios. Being one of the fundamental components of inter-weapon combat, the artillery - towed and self-propelled - has a vast park of fire control systems, as well as a vast assortment of ammunition, in order to be able to deliver the quantity of fire proportionate to any environmental attic situation.

After World War II, Western armies became more and more mechanized and, as artillery was an essential component that had to keep pace with other weapons, guns and self-propelled howitzers with calibers of 105, 155, 175 were produced and distributed on a large scale. and 203 mm.

The American self-propelled 155/23 mm M-109, which entered service in the 60s, was widespread among the NATO artillery units (in Italy between the end of the 80s and the beginning of the 90s produced the M-109L with barrel was brought to 39 calibers, which allowed to increase the range, with conventional HE project, up to 24.000 meters, with HE RAP project 30.000 meters). 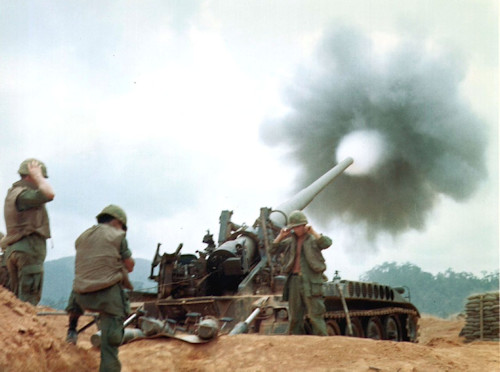 With the end of the Cold War, artillery in general seemed to have become anachronistic (the last major Western use took place during the second Gulf War of 1991) in the ranks of NATO. Future missions of peacekeeping that awaited the Western armies certainly could not contemplate the use of such instruments. Paradoxically, in this sector, it was Europe that maintained high standards (in Kosovo Italy deployed self-propelled M-109L) with the German self-propelled PzH-2000 with a 155/52 mm piece (the VULCANO ammunition supplied to the Italian Army allows maximum ranges up to 80.000 meters), adopted by some European armies, while France and the United Kingdom developed their own vehicles (the French GCT, which entered service in 1977, has an automatic loading system that allows you to fire 8 shots per minute). The US Army, on the other hand, rather than introducing a new self-propelled machine, preferred to continue updating the M-109, bringing it to the standard A7 (with a 155/39 mm piece).

However, the latest operational theaters have highlighted how artillery plays an important role, also thanks to the use of guided ammunition (GPS, Laser). 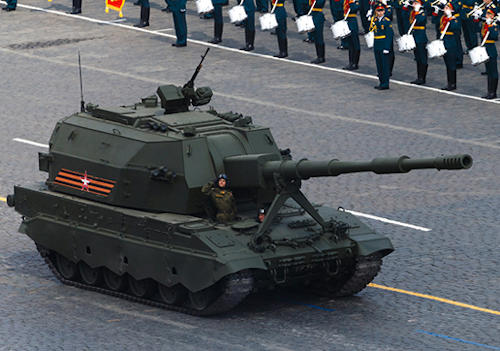 To fill this gap, the US Army has started developing a new self-propelled machine called M-1299 (opening photo). The main armament consists of a 907/155 mm XM-58 howitzer (maximum range with RAP XM-1113 project over 60.000 meters), with 4-light muzzle brake. The vehicle will be equipped with an automatic loading system (10 shots / minute).

At present, in the western field, the PzH-2000 / VULCANO pairing (photo below) guarantees performances unknown to the US Army indeed, in the short term it cannot be excluded that the ammunition produced by Leonardo may also affect the Marine Corps .

The American military device, in recent years, is undergoing a profound restructuring in order to face ...
1858
Read

The fast multi-role vessel Project 02510 entered service on November 24 with the Baltic Fleet of the ...
1989
Read

The IRINI mission - launched last year by the European Union to support the UN embargo, aimed at blocking the ...
3548
Read