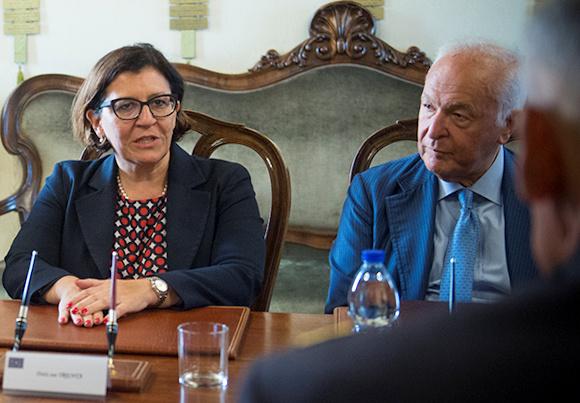 The release last July, by the MEF, of 7,2 billions of euros for the Defense sector had given hope, among the experts, in a change of course (at least partial) as regards the attention of the policy to the needs of the our Armed Forces.

Needs that, given the economic situation of Italy (very high public debt and virtually zero GDP growth, in addition to a general lack of competence among the political class), certainly cannot be satisfied in their entirety.

However, once the latest multi-year Planning Document has been analyzed (v.link) issued by the Ministry of Defense for the three-year period 2019-2021, it is realized that some acquisition programs are spread over an excessively long period of time, while others have no reason to exist, as they do not meet the requirements emanating by the Major States.

In the latter case, certainly the Piaggio Aerospace rescue operation is part of a total budget of 700 million, in 11 years, for the modernization of the P.180 fleet of executive transport planes (purchased in a previous operation state rescue service) and the certification of the APR P.1HH, A figure very close to those 766 million originally planned for the development and acquisition of 20 drones MALE P.2HH (aircraft requested by the Air Force for its operational needs but unfortunately canceled due to political choice). It is therefore clear that this investment responds to purely political initiatives. The acquisition of the P.1HH in a civil version (although it can always be equipped with electronic surveillance equipment and therefore also used for military tasks) by the Armed Forces is a decision that has a vague (if not obvious) hint of tactics electoral.

Invest public money (thus saving a company like Piaggio, which also has a big technological background) to acquire unsolicited vehicles from those who will have to use them - and at the same time silencing the arrows of the pacifist part of the country - is an operation which certainly does not seem to be aimed at improving the Defense apparatus (if public money were invested only in means requested by the Major States, we obviously would have nothing to object to). 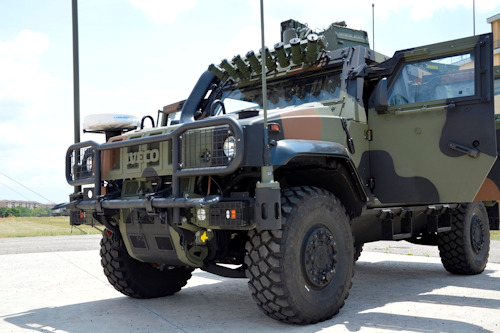 The paradox of Defense planning is even more evident when priority programs, such as the commissioning of VTLM LINCE 2 (with increased protection compared to previous versions), are excessively delayed due to the lack of financial coverage. The remaining amount to be covered amounts to 253 million with a total investment of 558 million, distributed over a period of 15 years.

Only one million euros have been allocated for this year, while for the next year the LINCE 2 program will receive 6 million and 13 million in the 2021.

Unfortunately it does not end here, as regards the adaptation of the ammunition stocks of various caliber supplied to the Armed Forces (including the VULCANO artillery ammunition), both for real operations and for training, in the face of an overall need equal to approximately 600 million euros, this year and next no allocations will be made, while in 2021 only 700.000 euros are envisaged; the VULCANO will only receive 200.000 euros in the 2020 and one million in the 2021.

Our soldiers are constantly employed in complex operational missions in Africa and the Middle East, therefore they need adequate weapons and equipment. Draining the already scarce resources for mere electoral calculations - from whichever alignment takes place - appears to be extremely execrable.

After the suspension of the German KSK for pro-Nazi sympathies, it is the turn of the prestigious 22nd SAS regiment (Special ...
3762
Read

In recent years there has been a resurgence of the piracy phenomenon in the Gulf of Guinea, in the part ...
3109
Read

Throughout the period of the Cold War and up to the present day, the series of assault rifles (including models ...
2007
Read

Although the Aviation with the Star of David (Heyl Ha'Avir) is completing the acquisition of the 5th fighter ...
4634
Read

The concept of hegemony has a complex history but also a pressing topicality, not only in terms of theories ...
2450
Read

In an official note of 21 July, the Honorable Matteo Perego of Cremnago, member of the Defense Commission of ...
3080
Read

On July 12, the IAF (Israeli Air Force) activated a new flock of special forces. The 7th flock will encompass the ...
6123
Read

The Turkish government's decision to make the Hagia Sophia a mosque is part of the process of ...
3740
Read