Home Military world Ocean4Future One of the most mysterious underwater searches ...

One of the most mysterious underwater searches of the Cold War: the recovery of the Soviet nuclear submarine K-129 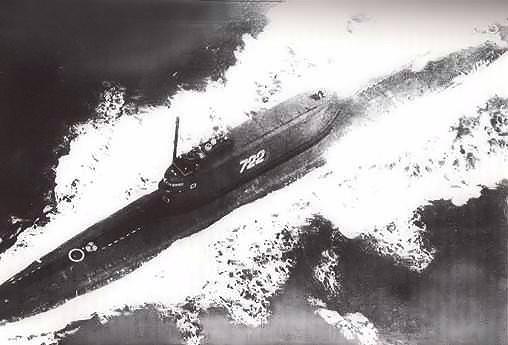 The story began in March 1968 when a Soviet class conventional submarine Golf had an accident during a patrol mission in the Pacific Ocean, approximately 1900 nautical miles northwest of Hawaii. The boat sank with its crew and a cargo of nuclear weapons. It was a diesel-powered electric class boat Golf which, having successfully completed two nuclear deterrence missions in the Pacific during 1967, departed on February 24 1968 for his third mission ...

Immediately after leaving the port and conducting the usual diving tests, the K-129 (opening photo) communicated to the base that everything was fine and that he continued towards the area of ​​operations. It was his last message.

By the third week of March the K-129 was officially declared missing and a search mission was organized which included all available air and naval units in the Pacific. It was precisely this activity that made Americans suspicious and suggest that perhaps a Russian submarine had sunk somewhere in the North Pacific.

The US Navy then hypothesized one mission impossible: discover the sinking point and recover the submarine in order to examine the warheads of the nuclear missiles on board and, above all, access the cryptographic equipment in order to decipher the Soviet naval codes. Through the data of the SOSUS listening network, a sound peak was triangulated in the area affected by the Russian searches. The peak, recorded on March 8, was weak and therefore suggested that an explosion had occurred on the surface. 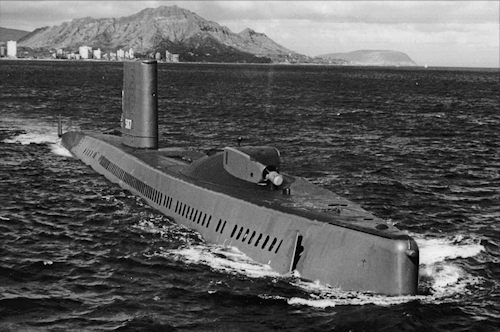 The US Navy sent a submarine, the USS Halibut (photo), recently modernized and modified with special equipment to search for any wrecks at great depths. Once in the areaHalibut he began his research with a wire-guided vehicle, equipped with sonar and cameras, and after a few weeks he found the wreck of the submarine.

The K-129 was lying on the starboard side at a depth of about 5000 meters and had a gash behind the turret, possibly caused by an explosion; two of the three nuclear missiles supplied were seriously damaged.

The American intelligence community hired billionaire Howard Hughes to have a large ship built, the Hugshes glomar explorer (HGE), to try to recover the submarine.

The rescue operation began in 1974 but had poor results. In 1975, the United States planned a second attempt but a leak caused the operation to be canceled.

In the years that followed, the CIA refused to release documents, saying it couldn't "Neither confirm nor deny" no connection with Hugshes glomar explorer. In 2010 alone, a 50-page article was published describing the Azorian project, which appeared in a fall 1978 issue of the agency newspaper, Studies in Intelligence. Thanks to the publication of a volume of The Foreign Relations of the United States (FRUS), written by State Department historians, many details have been revealed. The FRUS, National Security Policy: 1973-1976, contains approximately 200 pages on the Project Azorian.

An article by Mark Strauss, published in IO9, told how in 1969 the CIA assembled a small one task force of engineers and technicians to develop in absolute secrecy a project for the recovery of a Soviet submarine of 2.500 tons on the ocean floor at a depth of 16.500 feet. The project involved the use of a large ship for the recovery of the boat. The ship was equipped with an internal chamber with an opening bottom, a kind of "capture vehicle" capable of grabbing the boat on the bottom, and a platform capable of diving and returning under the ship for the occult recovery of the its prey.

The CIA contracted with the Summa Corporation, a subsidiary of the Hughes Tool Company, a company owned by billionaire industrialist Howard Hughes, to build this 3600-foot-long, 618-ton recovery ship, which was later named Hugshes glomar explorer (HGE). For the curious, the ship's claimed use was "to extract manganese nodules on the ocean floor."

To reinforce the excuse, much of the media began to talk about the future exploitation of mineral riches in the depths of the oceans.

Although the operation Azorian as he progressed, doubts began to arise as to the cost-effectiveness of the mission. An ad hoc commission decided that there was still a lot to gain from the operation. Perhaps it wasn't that important to recover the submarine's SS-N-5 missiles, but the intelligence interest remained in the cryptographic equipment on board. 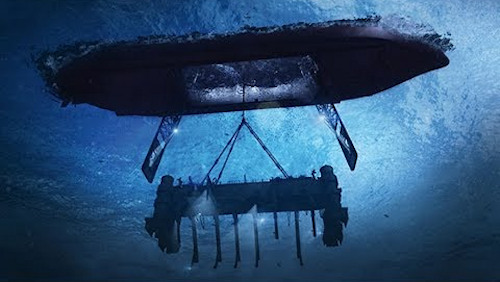 There was no lack of acts of delicacy. In an internal note it was mentioned that "the arrangements for the management and disposition of the target crew generally remain in accordance with the 1949 Geneva Convention. They will be treated with due respect and returned to the ocean floor." In a subsequent note, the intent to collect the personal effects of the deceased crew to bring them back to their families was underlined, as a gesture of goodwill, this in case the Soviets had discovered the true intent of the operation.

Finally, on June 3, 1974, after six years of effort, the executive phase of the Azorian project It began. The salvage ship departed from the west coast on June 15 and arrived in the area of ​​operations on June 29. The recovery mission conducted from until August 1974 but was partially successful.

Although part of the submarine was recovered, the rest of the hull fell to the bottom due to a failure in the capture mechanism. The design of a second coupling system immediately began to be used in the following summer season (expected from July to August 1975). A complex and innovative study, especially for the depths of operation.

Political problems were added to the technical problems. Henry Kissinger, who had initially supported the project, appeared very concerned by the leaks. As early as January 1974, a New York Times reporter, Seymour Hersh, had begun to investigate this story and was no longer sure how long the Azorian project it would remain secret. 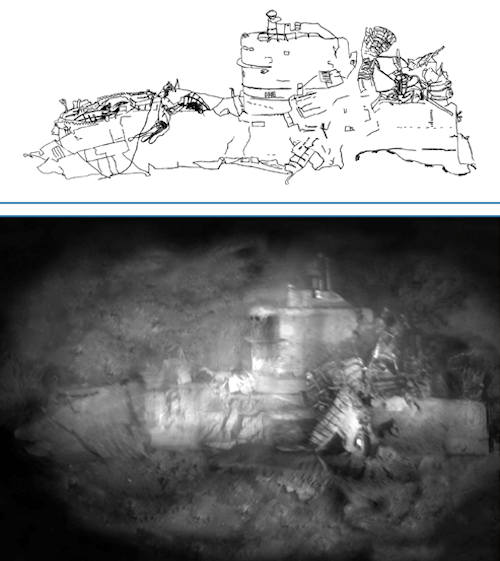 The situation capitulated when, on June 5, 1974, the Los Angeles headquarters of the Summa Corporation, which was owned by Hughes, was hacked and the thieves stole four boxes of documents including a memo describing the secret CIA project. On February 7, 1975, the Los Angeles Times ran a short article reporting that Howard Hughes had a contract with the CIA to lift the wreck of a Russian nuclear submarine from the Atlantic Ocean. On March 18, 1975, columnist Jack Anderson mentioned theHugshes glomar explorer on his national radio show and stated his intention to reveal further details about the operation. The next day, several newspapers including the Los Angeles Times, the Washington Post and the New York Times ran front-page articles revealing that the Hugshes glomar explorer, in a CIA-led operation, had recovered part of a submerged Soviet submarine in the summer of 1974.

To the surprise of the White House, the Soviet reaction was less reactive than expected and the CIA felt that perhaps there would be no interest from the other side in raising too many issues, at least in the open. This did not mean, however, that the Soviets would leave the possibility of completing the mission.

A Soviet ocean-going tug docked at the site on March 28, and the Americans began to fear a direct confrontation with Soviet navy ships. The Azorian project it was concluded with a total transaction cost of $ 800 million. There Hugshes glomar explorer it was retrofitted for offshore drilling and was sold to a private company, Transocean, in 2010 for $ 15 million. In 1992, it was announced that the bodies of six crew members were recovered in the part of the hull but, due to the level of radioactive contamination, the poor remains were buried at sea in a steel box with full military honors.

In 1993 the American ambassador in Moscow handed over the bell of the K-129 to the Russian authorities. The cause of the accident, if discovered, was never revealed.

A Pakistani court has summoned the heads of all past and current governments, including the former military governor ...
391
Read

The experience gained on the ground, in the last two decades, by the Italian military personnel engaged in the missions ...
12747
Read

After the decommissioning of the M551 Sheridan tank, which took place in the mid-90s of the last century, the US Army ...
16380
Read

The director of the Kredmash mechanical plant in Kremenchuk would have confirmed (source Komsomol'skaja Pravda) that ...
7808
Read

For a long time, Difesa Online has emphasized the importance of acquiring (and maintaining) artillery pieces, monotube and ...
22726
Read

British Army Chief of Staff Sir Patrick Sanders says the invasion of Ukraine by the ...
12828
Read

During the last world war the Panzerkampfwagen V Panther, having solved the initial mechanical problems, was ...
27673
Read