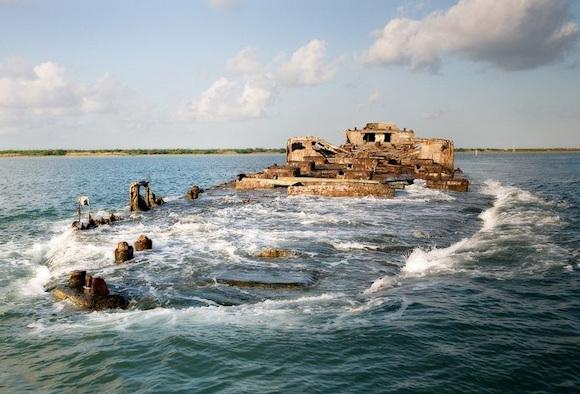 There were times when, instead of using traditional materials such as steel or wood, ships were built in ferrocement (reinforced concrete). While this material proved cheap and readily available, construction work costs turned out to be high, as were operating costs, initially requiring thick hulls that reduced payload space.

The oldest boat in ferciment it was built in 1848 by Joseph-Louis Lambot in southern France and was then presented at the Exposition Universelle in Paris in 1855. Lambot's patent was not recognized beyond Belgium, perhaps because, as Robert Courland described in his book "Concrete Planet ", Lambot's boat sank shortly after in a lake. A curious thing is that the boat remained preserved from the mud for more than a hundred years before being recovered, among other things still in excellent condition, and transferred to the Brignoles Museum, where it can still be seen.

However, the idea appeared interesting given that, starting from 1860, numerous concrete river barges were built and used to sail along the European canals. In fact, between 1908 and 1914, larger barges began to be produced in Germany, the United Kingdom, the Netherlands, Norway and the United States. 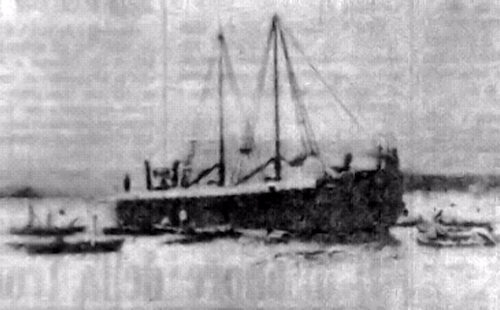 Around 1896, an Italian engineer, Carlo Gabellini, began to build small ships in reinforced concrete, the best known of which is Liguria. In 1916 one of the major European shipyards for the construction of concrete ships was the Urania di Muggia. In 1920, with the construction of sailing and steamships, floating tanks, docks and barges, the yard came to have an asset of 5.000 tons of shipping.

The site manager, Eng. Marino Caliterna, patented numerous solutions in the field of naval engineering, creating very respectable boats such as the motor ships "Nora" and "Manon" (photo), which had dimensions of 30 meters in length and 6 in width. With a draft of 1,10 meters and a weight of 950 tons, their transport capacity was 250 tons, divided into three holds.

They were equipped with Satima's Climax-Liesing hot-head oil engine, which could produce the power of 80 HP at 360 rpm.

The latest news relating to those constructions dates back to July 1921, when a dry dock designed by Eng. Ghira, on behalf of the Bacini Exercise Company. The launch was carried out transversely and the basin, with six watertight compartments, was m. 64, 21 wide, 10 high, with a height of the footpath of seven meters. It had a potential of 1.800 tons and was therefore intended for medium-sized ships. 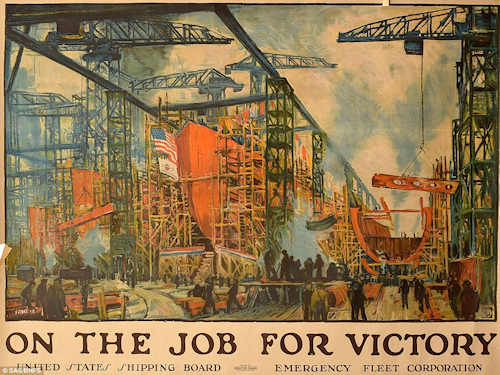 Save scrap for victory

In those years, the shortage of steel, necessary for war constructions, made these constructions even more attractive and, on April 12, 1918, President Woodrow Wilson approved the program Emergency Fleet Corporation who oversaw the construction of twenty-four concrete and steel ships to serve as military support units.

A project that was not very successful, however, given that, at the end of the war, in November 1918, only twelve ferrocement ships were under construction and none of them had been completed.

The ships were eventually completed but sold to private companies who used them for light trade, storage and scrapping. In general, few ships of this type were completed in time during the First World War.

Between the two world wars, the interest in this type of ships declined, favoring cheaper and less laborious construction systems and with lower final use costs.

It is worth remembering that ferrocement was conceived and patented, around the forties, by Pier Luigi Nervi during the fascist period. Since the use of reinforced concrete was forbidden, because it was "non-Italian", both the steel and the wood for the formwork were imported from abroad. Nervi's patent was based on the ferciment, invented by the Frenchman Joseph-Louis Lambot in the mid-nineteenth century and used purely for the construction of boats. With this material Nervi built various boats such as the motor-sailer Irene and the fishing boat Santa Rita up to the very elegant Nennele cruising ketch built in 1948. 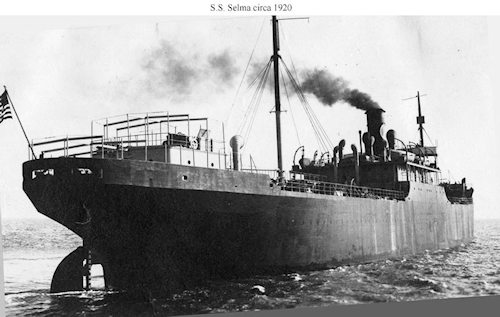 During World War II, the steel shortage led the US military to order the construction of small fleets of deep-sea ferrocement ships, the largest of which was the SS. Selma.

The ship was built in Mobile, Alabama, taking its name from the Alabama city of the same name. The ship was launched on June 28, 1919, the same day that Germany signed the Treaty of Versailles, officially ending the First World War. As a result, the 7.500-ton ship never served during the war but was employed as an oil tanker in the Gulf of Mexico.

On May 31, 1920, the Selma hit a pier in Tampico, Mexico, and created a 20-meter leak in the hull. Repair was considered not cost effective so it was decided to sink it off the east coast of Pelican Island where on March 9, 1922 the ship was sunk.

In 1942, after the United States entered the war, when the shortage of steel necessary for armaments reappeared, under the pressure of the American army, the United States government commissioned the McCloskey & Company of Philadelphia, Pennsylvania, to build twenty-four reinforced concrete ships. The first, the SS Altus, was 250 feet long with a width of 45 feet and an overall displacement of 2.500 tons.

Construction began in July 1943, at the Hookers Point shipyard in Tampa, Florida, which, at peak employment, employed 6.000 workers. Similarly, a contract was signed with two companies in California to build reinforced concrete barges, large ships without engines which therefore required tugboats to transport them. These barges, later used to support US and British landings in Europe and the Pacific, were designated by the United States Maritime Administration (MARAD) as type B ships.

All 24 ships ordered during World War II were built. The SS Vitruvius, the second concrete ship built in Tampa, Florida was launched in December 1943 and initially used for commercial purposes (transporting sugar from Cuba).

In March 1944 the Vitruvius and David O. Saylor they sailed for Liverpool, England, to join the fleet of D-Day landing ships for the invasion of Normandy.

On July 16, 1944, the two ships were sunk to form a breakwater (Gooseberry 1) off the coast of Normandy.

The planners feared that the breakwaters, laid to protect the landing ships, could not survive the violent storms of the North Sea so it was decided to sink old ships (codenamed "cobs"), in a row parallel to the coast. .

The maneuver, although it did not succeed perfectly (some ships did not line up), was nevertheless successful, creating the conditions of tranquility necessary for the launching of the landing craft. To ensure protection against German air attacks, machine gunners were installed that managed to shoot down six enemy aircraft.

The military importance of these ships was therefore not negligible as they played a crucial role in the delicate landing operations of D-Day, both in their use as part of the port defenses, and for the transport of fuel and ammunition. For this purpose, some were equipped with engines and used as logistic support units (canteens and troop transport). The wrecks of some of them can still be seen today in the Thames estuary and two are still in use as mooring piers in Westminster.

One of the best fates for this type of ship was that of the SS Palo Alto, which beached after World War I at Seacliff State Park in Santa Cruz, California. The ship was not recovered and was later transformed into a tourist attraction, complete with a dance floor, swimming pool and fishing pier… eventually becoming an artificial reef.

In the 70s, some designers designed yachts and pleasure boats using ferrocement to build a hull of similar or less weight than a hull made of fiber-reinforced plastic (fiberglass), aluminum or steel.

Conversely, the risks of degradation (rust) of the steel components were possible if air gaps were left in the original construction. These air gaps can turn into internal accumulations of water which, due to the absorption of humidity where untreated steel is present, cause it to oxidize and expand. But we will talk about these in another article.

A Pakistani court has summoned the heads of all past and current governments, including the former military governor ...
148
Read

The experience gained on the ground, in the last two decades, by the Italian military personnel engaged in the missions ...
12629
Read

After the decommissioning of the M551 Sheridan tank, which took place in the mid-90s of the last century, the US Army ...
16350
Read

The director of the Kredmash mechanical plant in Kremenchuk would have confirmed (source Komsomol'skaja Pravda) that ...
7770
Read

On June 6, with two separate ceremonies at the Fort Wainwright and Elmendorf-Richardson bases, she was reactivated in ...
9001
Read

For a long time, Difesa Online has emphasized the importance of acquiring (and maintaining) artillery pieces, monotube and ...
22709
Read

British Army Chief of Staff Sir Patrick Sanders says the invasion of Ukraine by the ...
12815
Read