The recovery of the lost spy capsule (part one) 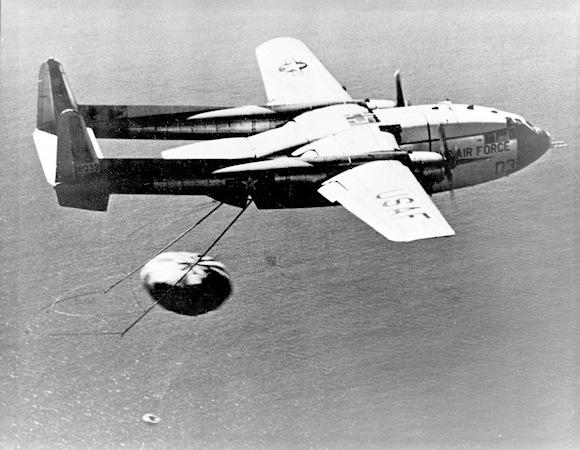 Someone will remember a famous film made during the cold war, Ice Station Zebra, inspired by a 1963 novel by Scottish author Alistair MacLean, a spy story of American and Soviet agents competing to recover a spy satellite that crashed in the Arctic. The novel and subsequent 1968 film adaptation, although it told a fictional story, was actually inspired by an actual event, the recovery of a capsule of an American CORONA spy satellite, which fell near Spitzbergen, Norway in April 1959.

In times when we talk about space wars, these stories do not seem so striking and yet, in those years characterized by the cold war between the two great superpowers, the photographic information coming from the airplanes and spy satellites made the difference.

It all started with the CORONA series, a series of spy satellites produced and operated by the CIA with the assistance of the United States Air Force (USAF), used for photographic surveillance of the Soviet Union and the People's Republic of China to replace U2 spy planes. . The images collected would have allowed the production of maps of sensitive areas for the Department of Defense, identifying airports, missile stations and naval and land forces.

Upon return, the precious photographic rolls were sent ashore in a special capsule which headed for the recovery area. At an altitude of 18 km, parachutes entered into action to slow down the descent, and the capsule was taken "on the fly" by a plane, using a special recovery system, or recovered at sea. In fact, more than 20% of the launches failed and of the 144 satellites, launched from 1959 to 1972, only 102 provided usable photographs, albeit often of poor quality. 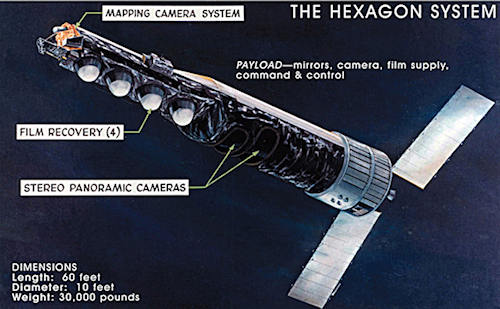 Efforts to improve surveillance from space with satellites led to the development of several classes of increasingly performing satellites, including KH 9. Hexagon. With a size of about twenty meters in length and over three in diameter, the Hexagon they were the largest spy satellites the United States had ever sent into space and operated from 1971 to the early 80s.

In fact, the KH-9 series was a great step forward for satellite surveillance, employing a then very sophisticated system consisting of two Perkin-Elmer "Twister" rotating mirror cameras with 60-inch lenses, capable of working individually or together to produce stereoscopic images. The cameras could cover an area of ​​60 degrees on each side of the spacecraft, allowing an area of ​​80 by 360 miles to be covered with a resolution of two to six feet (60cm x 1,8m).

The KH-9 normally included four capsules containing the photographic film (one normal and one infrared for seeing through cloud cover).

The KH-9 project was declassified in September 2011 and, on January 26, 2012, the National Museum of the United States Air Force exhibited a specimen along with its predecessors KH-7 and KH-8.

Having said its history, today I will tell one of the most surprising stories, now declassified, of those years, the recovery in the depths of the oceans of one of the capsules of the first KH-9 mission Hexagon. 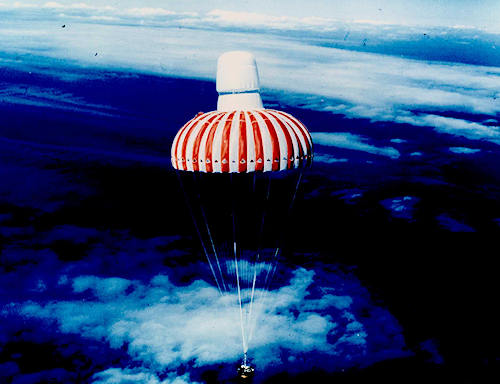 The first mission Hexagon (M1201) took off from the USAF base in Vandenberg, California on June 15, 1971. After successfully carrying out its first mission, the capsules containing the collected images were released. One of them, due to a parachute failure, plunged into the sea and sank in the Pacific Ocean at a depth of 4.900 meters.

The first mission ended badly. The pilots of the 6594th Test Group of Hickam Air Force Base, Hawaii, responsible for the mid-air recovery of the capsules, spotted the first descending object. Unable to retrieve the capsule, due to the severely damaged parachute, they marked the ditching point and the US Navy divers managed to retrieve it before it sank.

Six days later, the second capsule was hooked in the air, restoring its precious cargo intact, but on July 10, during the recovery of the third capsule, the problem with the parachute reappeared, in an even more serious way. In practice, the main parachute broke off, letting it plummet at over 400 feet per second into the ocean.

Due to the problems with the parachutes, it was decided to lighten the fourth capsule of its load, allowing it to be recovered, on July 16, with a C-130. Despite the problems encountered, the first mission Hexagon it was called an extraordinary success as it turned out that the images contained in a single capsule covered more than two-thirds of all known Soviet missile sites.

However, the loss of a capsule was considered a serious problem. The CIA, authorized theOffice of Special Projects, in charge of the reconnaissance satellites, to carry out informal investigations with the Navy on the possibility of recovering the object from the ocean floor. On July 27, a first meeting was held with representatives of the CIA, NRO, Air Force, as well as industry to formalize the details of the recovery with the United States Navy (USN) which had gained, from 1958 to 1984, many high-level work experience. depth using the three bathyscaphe Trieste. 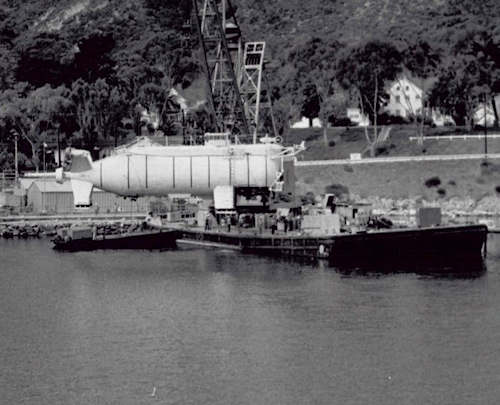 Their story is worth remembering

Il Trieste I it was built in 1953 by the Swiss physicist Auguste Piccard in Trieste, Italy, and was later bought by the United States Navy. The boat gained international fame on January 23, 1960 when she reached the bottom of the Mariana Trench.

Il Trieste I (in 1963) and the Trieste II (in 1964) were employed by the USN to inspect the wreck of the nuclear-powered submarine USS Thresher after it sank in the North Atlantic on April 10, 1963.

A third version, the Trieste (DSV-1) had been employed for the inspection of the wreck of the USS Scorpion after the nuclear submarine sank on May 22, 1968 in mysterious situations at more than 10.000 feet of water, about 400 miles southwest of the Azores.

Since the DSV 1 has never been used beyond the depth of 13.000 feet, the USN asked for a test dive to 20.000 feet to verify that it could safely reach that working altitude. It would have been fundamental to identify the point of impact as accurately as possible and then evaluate the effect of the currents on the object taking into account the shape, speed of impact and the presumed state of the capsule after the impact.

The preliminary study was assigned to a team led by Dr. Fred N. Spiess, director of the Marine Physical Laboratory (MPL), Scripps Institute of Oceanography, with the task of determining the starting point of research to place acoustic transponders (Deep Ocean Transponder - DOT) on the ocean floor, necessary to allow the DSV 1 to navigate inside the research area. 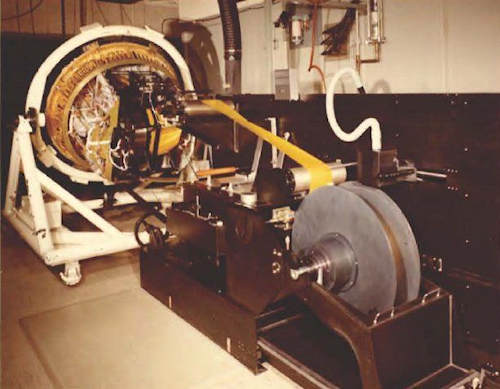 Another question that arose was whether the films would still be usable?

The manufacturer, Eastman Kodak, immersed a roll of film sample for five days in an environment at a pressure of approximately 305 atmospheres and eventually declared that a considerable portion of the images could be recoverable ... only if the rescue team were managed to keep the film protected and wet until its processing.

To prevent ambient light from damaging the film, this should have been done at night. Furthermore, at a depth of less than 40 meters, USN divers would have had to cover the capsule with a blackout sheet before bringing it back to the surface.

In summary, the operation was deemed feasible and cost effective

Assistant Secretary of the Navy for Research and Development, Robert A. Frosch, granted the necessary support of the Navy and Scripps responded positively, specifying that the success of the operation would however depend on the location of the capsule, which is not guaranteed, due to the inaccuracy of the position of the splash down.

Frosch's claim about the accuracy of the point of impact was prophetic as there were widely diverging views on his position. For example the Satellite Tracking Center had calculated three points of splash down: an original point, a point subsequently modified due to a calculation error and an end point. Based on several inputs, a research zone 1,5 miles wide and 8 miles long was defined 350 miles north of Hawaii. 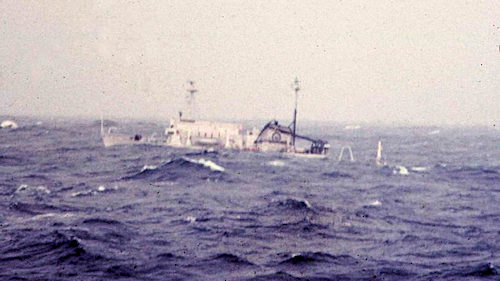 The USNS De Steiguer, an oceanographic reconnaissance vessel equipped with a towable "fish" to a depth of more than 20.000 feet, would have been available to Dr Spiess of Scripps from 1 October for a ten-day search in the area of ​​operations. DSV 1 could have started recovery operations after 5 October. Among the many doubts was the results of the impact of the capsule against the surface of the sea. What would the condition of the capsule be? Leonard B. Molaskey, who was responsible for studying the method for recovering the capsule, raised new doubts about what they would find on the bottom.

Initial plans were to attach a hook with a cable to the capsule and haul it to the surface, but fears that seawater might have weakened the structural elements prompted the group to reject that idea. The approach was therefore oriented towards a "bucket" design in order to safely enclose the capsule before bringing it to the surface ...

Read: "The recovery of the lost spy capsule (part two)"

For a long time, Difesa Online has emphasized the importance of acquiring (and maintaining) artillery pieces, monotube and ...
17474
Read

British Army Chief of Staff Sir Patrick Sanders says the invasion of Ukraine by the ...
9420
Read

During the last world war the Panzerkampfwagen V Panther, having solved the initial mechanical problems, was ...
25970
Read

The conflict in Ukraine has "distracted" the magazine in recent months from continuing to deal with issues relating to the ...
6977
Read 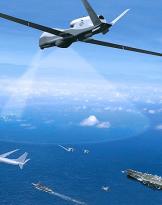 Eyes from the sky on the sea: the new frontiers of maritime surveillance

In recent years, the development of autonomous aircraft systems (UAS) has surpassed all initiatives. Even in the recent ...
2335
Read

A few weeks ago we mentioned how serious games (and among them war games) can help to understand ...
1854
Read