Home Military world Ocean4Future Mine alarm in the Black Sea?

Mine alarm in the Black Sea? 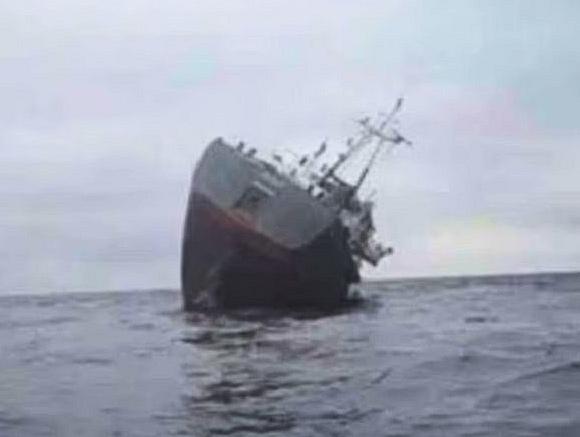 Historically, naval mines have always been a serious threat to maritime traffic for both military and civilian units. Although their use is concentrated in certain areas, which must be declared to safeguard neutral trafficking, the experiences of the last three decades have shown that the belligerents have never had much trouble using these weapons.

We are anxiously experiencing the war in Ukraine through the dramatic images that show the violence of these first five days of war. Little is said that the conflict had some naval episode, not much disclosed as it mostly involved the landing of the Russian invasion amphibious forces and the clashes between Ukrainian minor units and unspecified enemy units. The news is therefore fragmented and, in moments of blatant misinformation, it is always better to remain silent to avoid incorrect assessments.

A particularly serious news yesterday was the sinking of an Estonian freighter, which seems to have been diverted to an area with the presence of mines.

A sea suitable for the use of mines

The Black Sea is a "closed" sea, connected to the Mediterranean by the Bosphorus Strait and the Dardanelles, or the straits of the Black Sea regulated by the 1936 Montreux Convention, according to which Turkey has complete control and, in in the event of a conflict, has the right to regulate the transit of warships, reserving, in the event, the blocking of military units belonging to the countries involved in the conflict. In reality, article 19 of the treaty allows units belonging to belligerent powers based in this basin to return there. This is the case of the Russian ships located in the Mediterranean which were able to return to their base, regardless of whether they belonged to the base of Tartus (Syria) or to the Baltic Sea fleet. In the past, the warring fleets, during the first and second world wars, placed a considerable number of mines in the coastal waters of the Black Sea, particularly in the northwestern part of the Crimea. 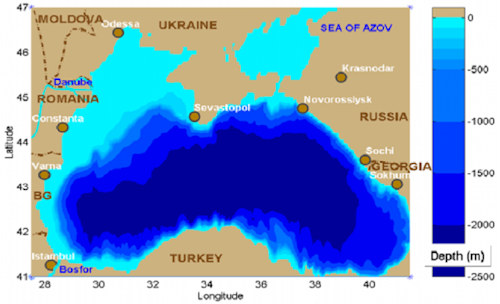 As we have learned in recent weeks, the routes and ports in the north-western sector of the Black Sea are economically important, in particular due to the large flow of exports of strategic materials to and from important ports such as Odessa (Ukraine), Constanza (Romania). , Varna and Burgas (Bulgaria). A flow that also affects the mouths of major rivers such as the Danube, the Dnepr, the Dnestr and the southern Bug.

From a bathymetry point of view, the depths are less than 100 meters from the Cape of Tarkhankut, in the Crimea, at the mouth of the Danube River and go down only a few tens of meters along the coast for a stretch of the Romanian and Bulgarian coast. Depths therefore favorable to the use of both moored and bottom mines. They are also areas often subject to fogs that can greatly reduce visibility and make safe navigation complex as even by applying a lookout service, a merchant ship or a military offshore unit is unable to discover any mines in surface.

In this case, in addition to the need to organize convoys, mine countermeasure units must be ensured that precede the convoy and guide it safely through predetermined channels.

In addition to the threat to commercial fishing activities, linked to the presence of unexploded naval mines of the first and second world wars, at this juncture of war there could have been mines, a type of armament widely available in Russian depots.

According to Vpk-news.ru, September 16, 2015, the naval units of the Black Sea Fleet with the support of the Navy aviation would be able to lay more than 1.000 naval mines from 500 to 1.500 kilograms. 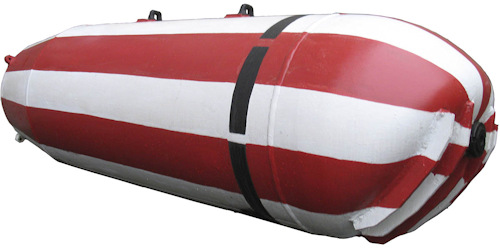 A significant number of Russian anchored mines can be used at depths of up to 1.500 meters. Furthermore, in response to the American CAPTOR mines, the Russians have available PMK-2, encapsulated mines / torpedoes which, when activated, go towards the target autonomously.

According to Mosreg.ru. Russia increased naval mine production after the illegal annexation of Crimea in 2014, improving its industrial facilities for the modernization / construction of naval mines.

It should be understood that naval mines, in addition to being extremely cost effective underwater weapons (high in destructive capacity and low cost for production), have a powerful psychological effect. The news of the laying of mines in front of a port would be enough to cause its blockade.

This would cause huge economic losses and the blocking of maritime navigation in the area until adequate countermeasures are taken.

Is there such a possibility in the naval warfare currently underway in the Black Sea?

In a few days several accidents to merchant traffic (Banglar Samriddhi, struck in the port of Olvie, Crimea, il Millennial Spirit Romanian ship en route to Odessa, the Turkish freighter Yasa Jupiter and the Japanese freighter Namura Queen - following photo), whose perpetrators of the attacks have not yet been identified. 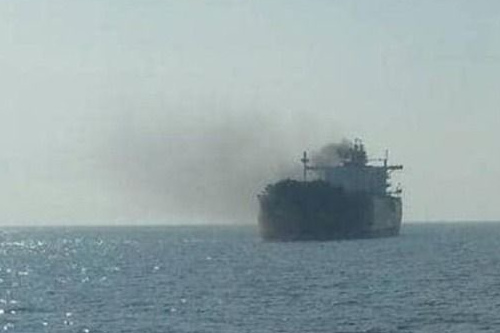 The news is now very recent that an Estonian freighter, theHero (opening photo), flying the flag of Panama, sank off the Ukrainian city of Odessa due to a mine. Two crew members found shelter on a life raft, according to Igor Ilves, chief executive of the Vista Shipping Agency, based in Tallinn, told Reuters. The latest news also shows the recovery of 4 other crew members. Pending confirmation, it seems that the Russian Navy had forced the ship to divert to a dangerous area in order to use it as a "shield" and that the ship has activated a naval mine.

Speculations on the sinking of theHero there could be many: the ship could have actually been on a mined area (Ukrainian defensive or Russian offensive) to cause it to sink and create an impediment to traffic or the causal breaking of a mooring of a moored mine which, being adrift, then hit the hull of the freighter. An even more dramatic hypothesis could be a deliberate blocking of the routes of merchant traffic with naval mines, thus creating corridors only for Russian units. Another thing if undermining is a deliberate action against non-belligerent merchant traffic… in this case it would be more than a violation of international law. In any case, the risk to traffic is to be considered important.

In fact, according to article 6 XIII of the Hague Convention of 1907, the freedom of trade between neutral and belligerent countries is guaranteed, unless there is trade in war materials.

According to the London Declaration of 1909, in the event of war smuggling, belligerents can confiscate products useful for the adversary's war effort. But, according to the Additional Protocol I of 8 June 1977 to the Geneva Conventions of 12 August 1949, relating to the protection of the victims of international armed conflicts, in the context of relief actions, the material necessary for the survival of the civilian population it cannot be included in the smuggling lists.

A Pakistani court has summoned the heads of all past and current governments, including the former military governor ...
114
Read

The experience gained on the ground, in the last two decades, by the Italian military personnel engaged in the missions ...
12621
Read

After the decommissioning of the M551 Sheridan tank, which took place in the mid-90s of the last century, the US Army ...
16347
Read

The director of the Kredmash mechanical plant in Kremenchuk would have confirmed (source Komsomol'skaja Pravda) that ...
7768
Read

For a long time, Difesa Online has emphasized the importance of acquiring (and maintaining) artillery pieces, monotube and ...
22708
Read

British Army Chief of Staff Sir Patrick Sanders says the invasion of Ukraine by the ...
12813
Read