Home Military world News in the field of flying gunboats

News in the field of flying gunboats 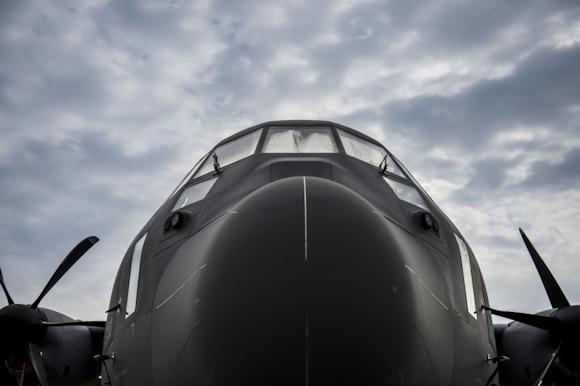 While waiting for Trump to decide to take peace talks with the Taliban into consideration, and then try to establish a kind of bilateral ceasefire, in the skies of Afghanistan the latest version - according to the American concept - of gunboat is operational steering wheel.

The AC-130J GHOSTRIDER represents the latest update of SPECTERS and SPOOKYs, used both during the Vietnam war and in Grenada, during the operation Urgent Fury, in the 1983, passing through Panama (operation Just Cause) to oust the dictator Noriega, up to the missions in the Persian Gulf and Afghanistan.

In the latest version the number of on-board artillery is reduced, in favor of the possibility of carrying precision missile weapons.

In fact, in addition to the usual M-102 105 mm howitzer, suitable for area saturation fire, being able to use projectiles with proximity fuses, and an ATK 30 mm machine gun that can be used in precision shots, in order to minimize the risk of collateral damage, GHOSTRIDER can carry AGM-114 laser-guided anti-tank missiles under the wing pylons Hellfire and GBU-39 and GBU-53 / B GPS-guided bombs.

As already analyzed in other articles, Italy has also produced its own version of a flying gunship: the MC-27J Praetorian (v.articolo).

Starting from the American example we could optimize our gunboat for the use of precision ammunition, exploiting the excellent maneuverability of the machine as well as its ability to operate from unprepared tracks.

Laser-guided bombs could be installed under the wings Lizard of the Elbit and JDAM with GPS guidance, thus providing the Italian Air Force with an attack vector with high fire capabilities.

Pecunia non olet says the famous Latin brocardo, sometimes quoted out of turn but truthfully. And it's a question ...
1973
Read

According to Treccani, in Ancient Rome, a veteran was a soldier who, after having fought for a certain number of ...
8747
Read

For the third time in two months, Russian pilots have intercepted US planes in the international waters of ...
4022
Read

They had already announced it in the bilateral meeting in Naples last February. On that occasion the president ...
16450
Read

The challenges to security, as well as social, economic and political stability, brought by the crisis of COVID-19, ...
358
Read

For two consecutive days, last February, China sent its strategic bombers over the Straits of ...
4181
Read

History teaches us that maritime routes are fundamental for the economy and, starting from the XNUMXth century, indispensable ...
5496
Read