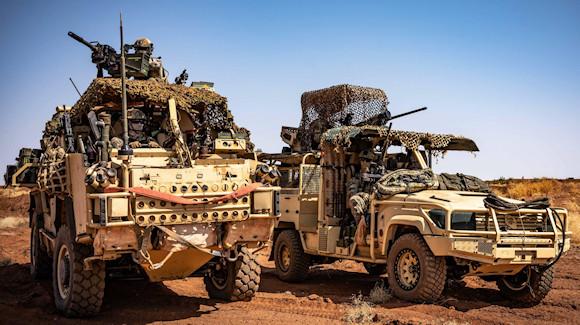 The then Minister of the French Armed Forces, Florence Parly, about three years ago had "invited" European countries to send special forces teams to the Sahel to train Malian forces and accompany them in the fighting against jihadist militias.

In November 2019, the former minister announced the imminent formation of a European group of special forces, called Takuba (saber). "It will be the saber that will arm the Malian armed forces on the road to autonomy and resilience"he then assured.

Only the countries that would participate were missing.

Initially, Paris was able to register a membership of ten nations, however only Sweden, Estonia and the Czech Republic have officially committed themselves immediately. This made it possible to have the IOC (Initial Operational Capability) as of July 2020. While the other countries, clashing with internal political resistance, made it known that they were still evaluating the possible participation.

The mission Takuba was able to reach full operational capability in April 2021, after the deployment of a strong Swedish contingent, consisting of elements of the Särskilda Operationsgruppen and supported by 3 UH-60s and one C-130J.

The deployment of the Italian forces of Takuba started in March 2021 and reached the IOC before September, The contingent's headquarters were in Gao and Menaka and mainly carried out reconnaissance and MEDEVAC duties. This was essential for Takuba in order to be independent of the Transaction Barkhane. In total, 6 helicopters were deployed, three transport CH-47Fs Chinook and three AH-129D attack Mongoose, with a platoon of aircraft from the 66th Reg Trieste like protection force.

Let's say right away that, from an operational point of view, the mission Takuba proved its effectiveness, especially in training and supporting the light reconnaissance and intervention units (ULRI) of the Malian Armed Forces (in April 2021 three Swedish special forces operators were slightly injured following one IED, exploded near the vehicle they were patrolling).

What did not go well was the evolution of the political context in Bamako, capital of Mali, marked by a coup d'état led in two stages by Colonel Assimi Goïta, and the arrival in Mali of the Russian paramilitary group Wagner, which de facto forced the European special forces to leave the country.

In January of this year, Denmark was forced to recall the contingent it had just deployed to Menaka within Takuba after a diplomatic dispute with Bamako. Then followed France's decision to reorganize its military presence in the Sahel and withdraw its troops from Mali, which marked the end of the mission. Takuba.

"The reorganization of the French military system in the Sahel, decided in close collaboration with European and North American partners, led to the end of Takuba's operations in Mali starting on 30 June", in fact, declared the French general staff, through a press release.

The European Task Force could move to Niger, given that Niamey recently adopted a law authorizing "new settlements of foreign forces" (especially European ones) "closer to the operational theaters", ie along the border with Mali. In any case, the authorization of the European governments for a deployment on the Nigerian territory would be needed.

Chinese soldiers will travel to Russia to participate in a series of joint exercises. To the maneuvers ...
16410
Read

It was known that Soviet, and later Russian, industrial and technological espionage (S&T) never really ...
14797
Read

Anyone who has kept an eye on the renewal of the Navy's ship (limiting the analysis to "gray ships", ...
51800
Read