The situation of the Italian armed forces: infantry armament 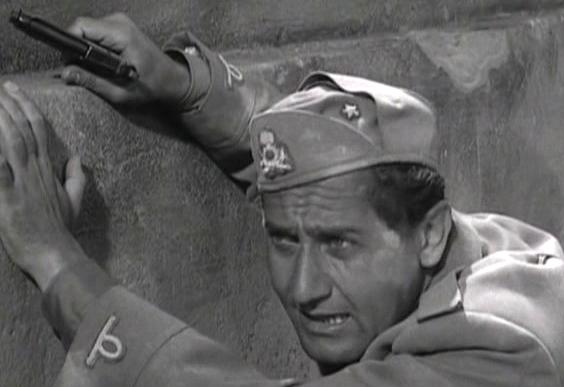 Until the beginning of the 90 years of the last century, the Italian infantry was, in the armed forces of NATO, the worst armed one.

The standard long weapon was the Beretta BM-59 rifle in caliber 7,62x51 mm (with the variants, with metal folding stock, for alpine troops and parachutists), or a transformation of the semi-automatic GARAND M-1, among other things still in service in some second line departments of the Italian Army at the end of the 20th century.

The guns supplied to the officers and non-commissioned officers were still the Beretta Model 1934 (opening image taken from the film "Everyone at home" with Alberto Sordi) in caliber 9x17, already in service since before the Second World War.

Another pre-war veteran was the SRCM percussion hand grenade (with little effective deflagration effect), even though the O / D1982 had already been made since 82. 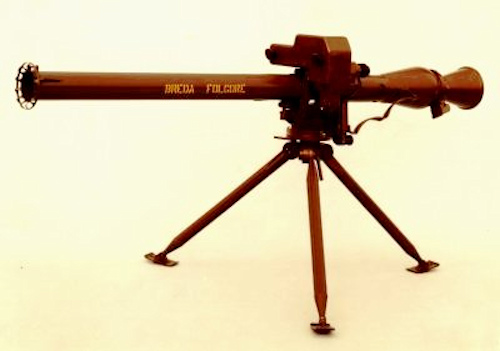 As for the anti-tank sector - in the short distances - we relied on the ancient 88 mm bazookas, when already on the market there were much more modern and effective rocket launchers (we tried, fortunately without success, to introduce the FOLGORE, a kind of rocket launcher / cannon from 80 mm of national production but with very limited performances). While for larger ranges more modern systems were available, such as the MILAN and TOW wire-guided missiles.

Thus, as can be seen from this brief analysis, modern assault rifles, light machine guns, machine guns, modern rocket launchers and sniper rifles were missing (precision shooting, apart from the special forces, was completely ignored by the Armed Forces Italian).

Certainly there was no lack of national achievements, such as the Beretta AR-70 assault rifle in the new caliber 5,56x45 mm, destined to become the new standard caliber of NATO (with M-198 ammunition from 55 grains), appeared for the first time in the 1970 it was subsequently adopted by the Air Force, to arm the VAM departments (Aeronautical Military Surveillance), instead of the old MAB-38 caliber 9x19 and by the Navy which distributed it to the then San Marco Battalion and to the GOI raiders.

The American choice for heavier ammunition, still in the 5,56x45 caliber, from 62 grains (SS-109), led the Beretta to design a new weapon that could employ the new blow. 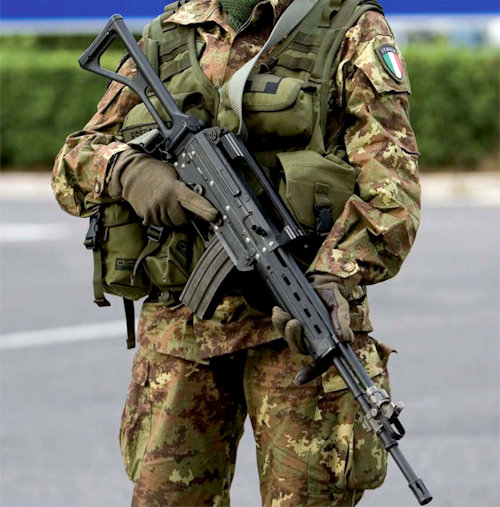 The Army took 20 years to formulate the purchase order for the new assault rifle. The Beretta product had been stressed by this very long time and by the endless tests of comparison with other competitors, such as the VB-SR (a GALIL produced under license by Bernardelli) and the H&K G-41 (produced under license by Franchi) . After all this time, the gun code had to be modified, calling it AR-70 / 90 (the version with a folding stock was called SC-70 / 90, while the one for SCP-70 / 90 paratroopers, characterized, in addition to the folding stock , from a shorter rod).

The AR-70 / 90 family had its operational debut in Somalia, during the Ibis operation. Initially the Folgore parà had been sent still armed with the BM-59, then came the new rifles even if the long experimentation, to which they had been subjected, had not deprived them of serious defects. One of these was the release lever of the charger, too sensitive and, in the event of an accidental impact, it left the weapon without power (the problem was solved by the military on the spot thanks to the addition of a rubber around the lever, before a simple pipeline could be built in series to solve the defect. ”Despite the weight, which is not certain (the SCP reached 4,5 kg empty) and the excessive gleaning, when the IFOR mission starts in Bosnia, the Italian Army is standardized on the new assault rifle.

In the 1997, with the Alba in Albania mission, the Franchi LF-57 caliber 9x19 mm submachine gun appears. Previously supplied only to the purchasers of the GRACO (Objective Acquisition Group), it was modified in the Terni factories with the addition of a selector for the single shot, it was thought to give it to the helicopter crews and to the drivers. However, shortly afterwards, it was withdrawn from service. 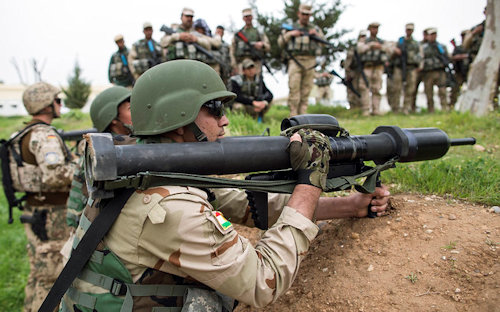 Meanwhile, also because of the missions that took place over the course of the decade, new armaments were entering service. For example, as a portable anti-tank weapon, a small amount of French APILAS rocket launchers was initially acquired (the 112 mm warhead was able to drill, at 400 meters, over 700 mm of steel), also brought to Somalia. Later the Army decided to focus on the German PANZERFAUST 3.

The modernization of the infantry armament continued, in the second half of the 90 years, with the adoption of the LMG MINIMI in caliber 5,56x45 mm (it was first acquired by Col Moschin), and finally it paid the right attention to precision shooting, with the introduction of ACCURACY .338 Lapua Magnum (8,6x70 mm), a caliber that allowed engaging targets at long distances. However, at the beginning of the new millennium, 40 mm grenade launchers continued to be missing (except for special forces), both single-shot to be coupled to rifles and automatic ones to be installed on the vehicles.

Currently, the light armament of Italian infantry is one of the best among the NATO armies.

The Beretta 92FS has been in service for some time now, although it would be a good idea to replace it with the A3 version (at least for the front-line departments), as it can be fitted with slides for the accessories. 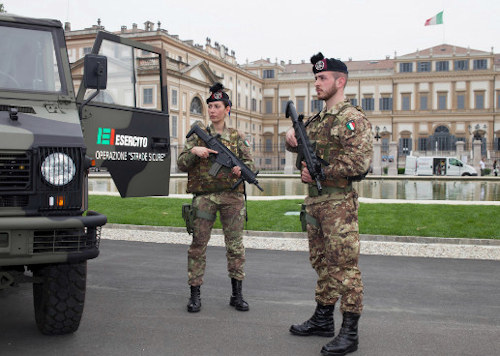 The 70 / 90 series is being completely replaced with the new Beretta ARX-160A1 assault rifle (also in the A3 version, with 11 ”or 14” barrels, depending on the needs) always in 5,56x45 mm caliber. GLX-160 single-shot grenade launchers have also been adopted, which can be installed under the ARX cover. The ARX-200 battle rifle in caliber 7,62x51 mm is also entering service, to engage targets at medium distances, between 400 and 600 meters.

To replace the MG-42 / 59, the version of the FNH MINIMI in caliber 7,62x51 mm is being introduced, to be added to the smaller caliber model.

However, the sector that has received the most attention, in recent years, is certainly that of precision shooting, with dedicated courses in the operational departments and the creation of special training courses for marksmen chosen at the Cesano Infantry School. As a result, new armaments have been introduced, such as the SAKO TRG-42 caliber .338 Lapua Magnum and the BARRETT M-107 12,7x99 mm.

The new American Mk-47 automatic grenade launchers are coming into service with the special forces, which will replace the old Mk-19 that hopefully, therefore, can pass to conventional combat units. Going up we find the Austrian light mortar HIRTENBERGER C6 from 60 mm, able to hit targets at distances up to 1.600 meters.

As light anti-tank systems the PANZERFAUST are still in use, however given the considerable weight (between the 12 and 15 kg depending on the versions) and the impossibility of being reused (as it is a disposable system), it would be it is preferable to use Israeli SPIKE medium-range missiles, certainly more expensive but with much higher capacities.

On July 12, the IAF (Israeli Air Force) activated a new flock of special forces. The 7th flock will encompass the ...
2809
Read

The Turkish government's decision to make the Hagia Sophia a mosque is part of the process of ...
2825
Read

The US Navy reported a "terrible tragedy aboard the USS Bonhomme Richard (LHD 6) when a fire broke out ...
3903
Read

On March 2018, XNUMX, the President of the Russian Federation Vladimir Putin, during his speech on the state of ...
4252
Read

After the blocking of parliamentary work due to COVID-19, the Government presented the annual resolution on the ...
7688
Read

2020 will perhaps be remembered as the year of the change of the national strategy: from a purely defensive posture the ...
2455
Read

According to the Chinese Academy of Military Sciences, the national naval strategy must have the primary objective of ...
5108
Read