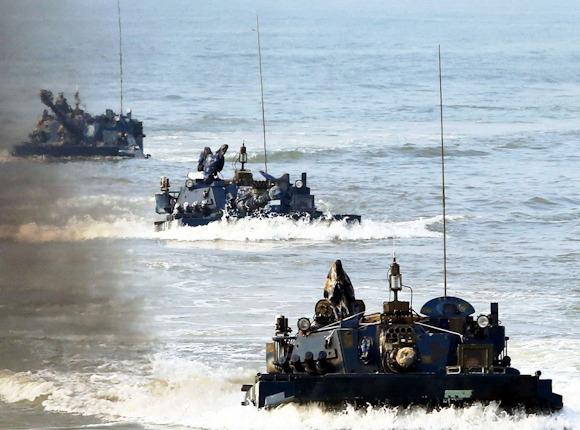 The Chinese president highlighted the duties of the corps, stating that the PLAN Marine Infantry is a combat force for amphibious operations that has assumed the important burdens of safeguarding security, sovereignty, territorial integrity, maritime interests and China's overseas interests (a clear warning to Taipei). It should be noted that three years ago the PLAN became the first naval force in the world, surpassing, in number, the units in line with the US Navy.

So, with this in mind, he called for more efforts to advance the Corps transformation and improve its combat capabilities to forge a powerful military tool, with soldiers capable of fighting in different environments, capable of being versatile in tasks, fast in projection and capable of taking sides in multidimensional conditions.

The Marine Infantry Corps underwent a reorganization in 2017 in order to represent one of the tools with which Beijing is able to project power. President Xi therefore wanted to be informed about the situation of the Corps and view the videos on the training of the operational departments, giving full recognition to the Marine Corps for the technical progress and results achieved since its reconstitution. Xi then gave an important speech after the briefing, underlining the need to strengthen the strategic importance of the Marine Infantry Corps in view of the next operational commitments that await the Chinese Armed Forces. 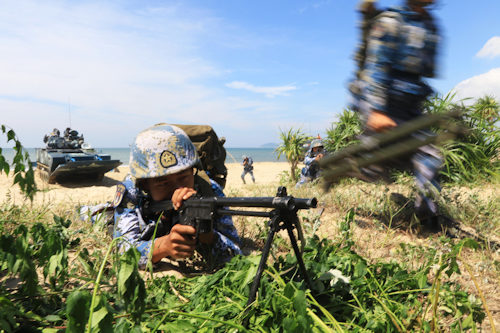 The strategic project must adapt to the needs of the country, with a view to national development, military security, thanks to international defense agreements and a modern military apparatus, as well as the creation of joint weapons systems and the transformation of the navy, President Xi said.

The Marine Infantry Corps should focus on war readiness, combat capabilities and maintain a high level of operational readiness, Xi said, adding that the Corps should mainly focus on training and combat in certain operational contexts, so as to be able to better carry out those missions that best suit the characteristics of amphibious units.

It also highlighted the need to support the absolute leadership of the Party over the armed forces, also through an unconditional loyalty on the part of the military.

It is now clear that relations between Italy and the United Arab Emirates are at an all-time low. One of the last acts ...
52
Read

According to various rumors, the Chinese government intends to restructure and expand a track of ...
5462
Read

Fincantieri CEO Giuseppe Bono announced on 10 June the signing of a contract with the Ministry of ...
7991
Read

With the entry into the COFS (Joint Command for Special Forces Operations) of the 4th Ranger Regiment and the 185 ...
7486
Read

During the operational deployment Clemenceau 21 (which will affect the Mediterranean, the Red Sea, the Persian Gulf and ...
2596
Read