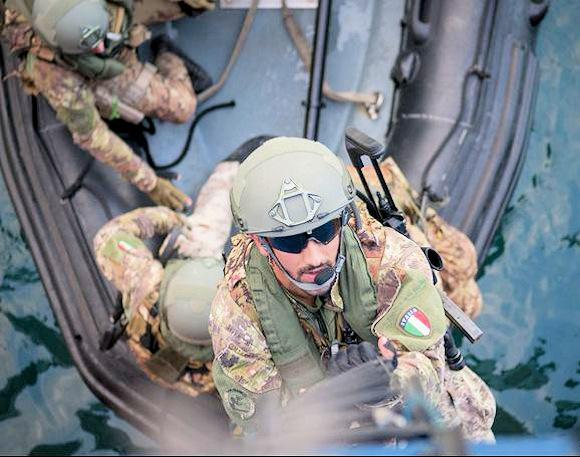 The chronicles of the last few days have been monopolized by the events of the Dutch NGO ship Sea Watch 3.

Regardless of the legitimacy or otherwise of closing national ports to NGO ships carrying migrants, the political debate, in our opinion, should focus on effectively contrasting the smugglers, conducting direct actions against them.

The 2 regiment, of the San Marco marine brigade, was specifically set up to provide close protection to naval units (against asymmetric attacks) and carry out boarding activities of suspect vessels.

The 2 ° consists of two battalion naval operations (maritime interdiction e force protection); each battalion has two companies, each consisting of 10 team of 10 men.

Of note, some teams have been trained to operate in contexts opposed, or in an operational scenario that provides for an armed opposition to the boarding (capacity, until recently, only in the possession of GOI raiders).

Generally the teams are formed by 12 men (of which 2 marksmen chosen). The armament includes the ARX-160 and the MINIMI, both in 5,56x45 caliber and in 7,62x51, the MP-5A3 submachine guns, in 9PB caliber, are widely used for their compactness. The snipers are supplied with the HK 417 in the 7,62x51 caliber and the MSG-90 sniper rifles in the same caliber. 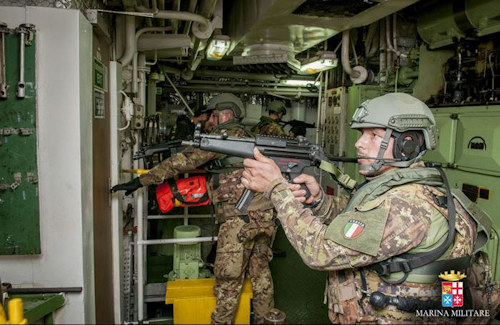 The actions to be taken should involve the so-called mother ships (a sort of support units that deliver small boats full of illegal immigrants into the sea). The San Marco teams could approach and neutralize the crew (unscrupulous slave traders) and, after securing the refugees, sink the boat. If finding decaying little boats is certainly not a problem, the ships that transport them offshore are much more difficult to replace.

Obviously such an operation requires a political decision. It is precisely our ruling class that must understand that the key to success lies in using a balanced and multi-purpose naval force, which can count on factors such as high mobility, precise information acquisition, targeted offensive capabilities and effective defensive capabilities.

Pecunia non olet says the famous Latin brocardo, sometimes quoted out of turn but truthfully. And it's a question ...
1568
Read

According to Treccani, in Ancient Rome, a veteran was a soldier who, after having fought for a certain number of ...
8729
Read

For the third time in two months, Russian pilots have intercepted US planes in the international waters of ...
4019
Read

They had already announced it in the bilateral meeting in Naples last February. On that occasion the president ...
16426
Read

The challenges to security, as well as social, economic and political stability, brought by the crisis of COVID-19, ...
358
Read

For two consecutive days, last February, China sent its strategic bombers over the Straits of ...
4179
Read

History teaches us that maritime routes are fundamental for the economy and, starting from the XNUMXth century, indispensable ...
5495
Read