The return to the battle of the propeller aircraft 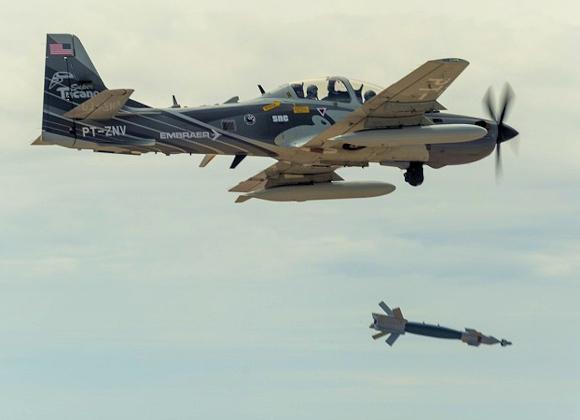 Experiences in operational theaters, especially the Afghan one, have seen the use by the Western Air Force of different types of aircraft to provide support to ground troops (CAS), and to personnel recovery operations in hostile territory ( CSAR).

It is also evident that in these operating theaters, the Western Coalition employed aircraft with absolutely excessive technological and operational characteristics (as well as costs).

Attack vectors such as F-15E, F-16, Tornado IDS, Rafale, and even strategic B-1B Lancer bombers, have been employed to strike an enemy completely devoid of significant aerial means and surface-to-air missile systems. In fact, the most common targets were pick-up vehicles armed with 14,5x114 mm or 23 mm binaries, with manual aiming.

While in CSAR operations, to provide support to helicopters, the USAF has frequently used the A-10, taking advantage of their ability to collect hits and the volume of fire that the GAU-8 / A cannon with seven rotating 30-barrel can deliver mm.

In the face of this situation, the USAF, in 2009, made a request to acquire a fixed-wing aircraft with a propeller engine, which is economic and can perform ground attack and reconnaissance tasks. 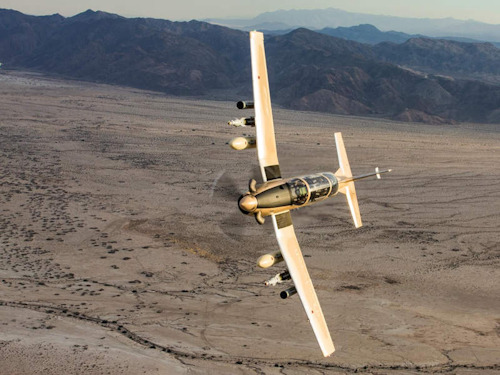 In 2019, the USSOCOM (United States Special Operations Command) expressed the need for a light aircraft to support special forces.

At the beginning of this year, the USAF decided to withdraw (a decision made perhaps because of the strong internal resistance, which prefer to channel all the funds into high-tech programs); the funds already invested will be used by USSOCOM in the continuation of the program.

Two aircraft have been selected: the Beechcraft AT-6B Wolverine (photo) and the Embraer A-29 Super Tucano (photo opening).

The Embraer aircraft is the only one of the two that has the American Armed Forces certification for light attack. The passenger compartment has a kevlar armor and the roof has a thickness of 21 mm. While the cruising speed is 530 km / h, with a range of 1.500 km.

Il Super Tucano it is able to carry different types of armaments, such as the Mk-82 free-fall bombs, 70 mm rockets, 20 mm cannons in the central pod (two 12,7x99 machine guns are installed in the wings), but also air missiles- short-range air AIM-9X Sidewinder.

The lessons learned, in the last operating theaters, have probably shown that having the most advanced technologies is not synonymous with victory.

We can also assert that, as elaborated by the experience, almost twenty years, of the Americans, the Air Force had put it into practice immediately, deploying the AMXs in Afghanistan Ghibli. In this particular theater, the Italian aircraft distinguished itself in the light attack missions, the role for which it was designed, having an operating performance superior to the technologically superior aircraft.

The American military device, in recent years, is undergoing a profound restructuring in order to face ...
1299
Read

The fast multi-role vessel Project 02510 entered service on November 24 with the Baltic Fleet of the ...
1852
Read

The IRINI mission - launched last year by the European Union to support the UN embargo, aimed at blocking the ...
3287
Read

The hull of the icebreaker ship Evpatiy Kolovrat, the class leader of Project 21180M, was set up at Almaz ...
833
Read

Only 5 years ago the Turkish press was promoting the new ALTAY national battle tank as the most modern MBT in existence ...
3539
Read

According to a press release released on November 23, 2020, Huntington Ingalls Industries Shipyards have ...
979
Read

After 48 years to protect the skies of Japan on November 20 they were officially withdrawn from service ...
1460
Read