Home Military world The LECLERC and the French philosophy on the car ...

The LECLERC and the French philosophy on tanks 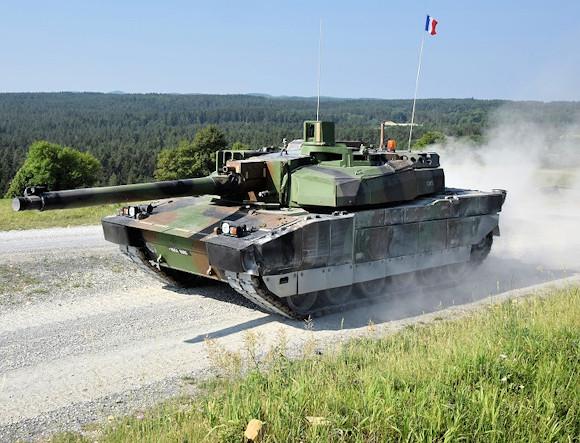 Although it was the British who introduced the battlefield tank in the First World War, the French soon developed interesting assault chariots.

However the first successful wagon was the Renault FT-17, with two crew members, entered the line for the first time in the 1917. After the war it was widely exported and remained in service in the French Army until 1940, so much so that the Germans captured some specimens.

The problem is that the French doctrine had not incorporated the great possibilities of use of the carts on the modern battlefields, seeing them more as defensive means (the mobile version of the Maginot Line) rather than as a vehicle for rapid actions. Then, continuing a program started during the First World War, in the mid-30 years the French produced CHAR B1 weighing 35.000 kg, the largest cart in the world then, armed with a 75 mm howitzer in the front of the hull and an 47 mm piece in the turret. Protection ranged from 14 to 50 mm and road speed reached 25 km / h. On the eve of the German attack, May 1940, there were some in line about 400 but, due to the excessive slowness and mechanical problems, they failed to stop the advance of Hitler's divisions. 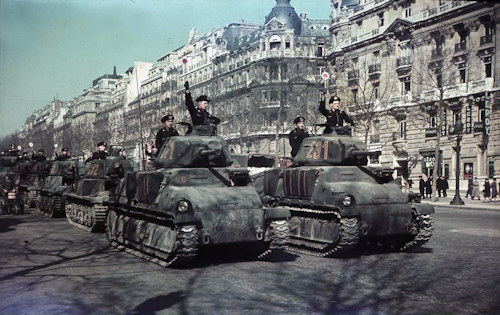 In addition to heavy wagons, the French industry also produced light vehicles such as the Renault R-35 and the Hotchkiss H-35, but the best wagon they could deploy was undoubtedly the Somua S-35 from 19.500 kg (in the picture examples captured). Armed with a piece of 47 mm and capable of reaching the 40 km / h it was perfectly capable of facing the German Panzers III who at that time formed the backbone of the panzer divisions.

At the end of the war, after using the Panther Germans of war prey, the French Army in the 1952 began to field, along with the tanks supplied by the Americans, the AMX-13 of national production. A light tank, designed for reconnaissance, with a mass of 15.000 kg, front engine and three crewmen, thanks to the use of an automatic loading system for the 75 mm piece of German conception. It had a great sales success, in fact it was also ordered by Israel who employed it in the Sinai in the 1956 and in the Six Day War in the 1967.

With the 60 years, France felt ready to produce a new MBT, the AMX-30, a second-generation wagon characterized by high mobility, despite a weight of 36.000 kg, and armed with a smooth-bore cannon 105 mm but could not use the standard NATO ammunition.

Entered into production in the 1966 it was also adopted by Libya, Saudi Arabia, Iraq, Chile, Venezuela as well as obviously by the French Army.

With the entry into service, in the years 80, of the American M-1 ABRAMS, of the English CHALLENGER and of the German LEOPARD 2, Paris realized that it needed an 3 ° generation wagon, in order to be competitive with the Western allies. 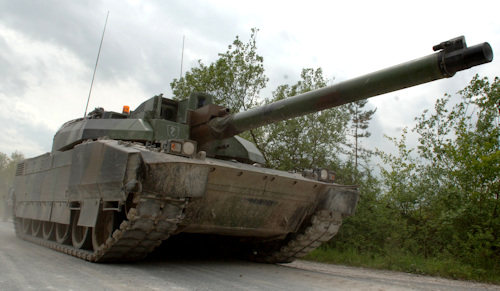 The program to create a new wagon was entrusted to GIAT (now NEXTER), which had gained some experience with AMX-32 and AMX-40 (however, never entered production).

For the new wagon, the designers chose an unconventional approach, increasing passive protection, made with advanced composite materials, formed by ceramic plates to knead the kinetic penetrators. We chose to adopt an automatic loading system in order to reduce the crew to three members, so as to have less surface to be protected.

The LECLERC has a traditional configuration (with a mass of 56.500 kg), with volumes typical of MBTs with composite armor.

The turret is as wide as the hull and is equipped with various iposcopes, with the dome of the main surveillance and conduct system characterized by the presence of a thermal chamber. The pilot is at the front of the hull, while the other two crew members, who occupy the turret, are in two rooms, separated by the cannon and the automatic loading system.

The version for the French Army (entered into service in the 1992) is propelled by a supercharged SACM V8X diesel engine that develops 1.500 Hp power, capable of pushing the wagon, on the road, up to a maximum speed of 72 km / h.

The protection uses composite composite armor plates, so that they can be easily replaced in the event of damage. Although the French have focused on the excellent acceleration qualities, as a form of active protection, the latest version of the LECLERC, called AZUL, is certainly able to withstand, on the whole surface, the weapons of the RPG-7 rocket launcher category. 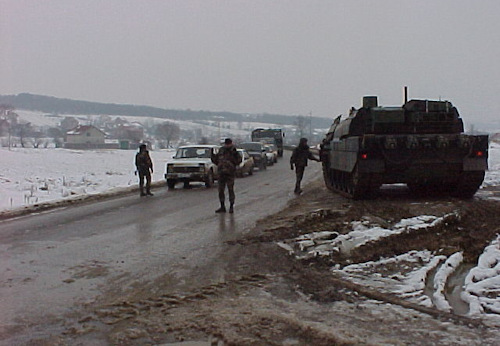 The main armament consists of a F1 semi-smooth core cannon from 120 / 52 mm, capable of employing the entire range of NATO munitions. This piece can fire four types of projectiles - that the automatic loading system (22 loaded shots) recognizes thanks to the bar codes printed on the cases - like the shot APFSDS-T OFL 120 F1, also with depleted uranium penetrator; HEAT-MP-T OECC 120, with hollow charge and EO 120 F1, with high explosive HE charge.

The discovery and targeting system is particularly sophisticated, in fact the French tank uses the FINDERS system (Fast Information Navigation Decision and Reporting System), for the management of the battlefield, within the framework of network-centric operations, allowing the crew to receive information in continuous flow.

The first operational use of the LECLERC is in Kosovo (photo), in the 1999, with the advance of NATO forces from Macedonia. The next deployment takes place in Lebanon, in the 2006, as part of the UNIFIL mission.

Currently NEXTER is involved, together with the German KRAUSS-MAFFEI WEGMANN, in the design of the new European wagon (it is a complete family of armored vehicles). Project of which, at the moment, Italy has excluded itself due to incomprehensible political choices. 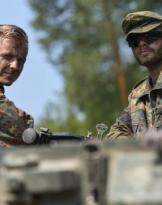 Wagons save blood. He supported Generaloberst Guderian, theoretical maximum of the armored war. While...
2843
Read 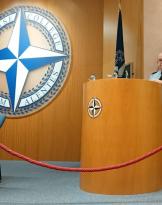 On a building of the Infantry School of Cesano there is an inscription: this is the infantry weapon queen of the battles ....
4758
Read

The Ministry of Defense, in concert with the Treasury and Economic Development, raised the funds for the acquisition (...
11517
Read

The West no longer wants to engage in land operations (the so-called boots on the ground), therefore, the last few ...
6286
Read

Few are aware that in Rome, in the military citadel of Cecchignola, the NATO DEFENSE COLLEGE (...
2210
Read

The first experiments with large-caliber sniper rifles date back to the Korean War, with the use, for the purpose ...
6996
Read

We dealt with the topic of the reserve and its great potential and, about a year ...
7406
Read

The 9th Col Moschin Assault Regiment, direct descendant of the Arditi of the Great War and of the XNUMXth Arditi Regiment ...
8846
Read